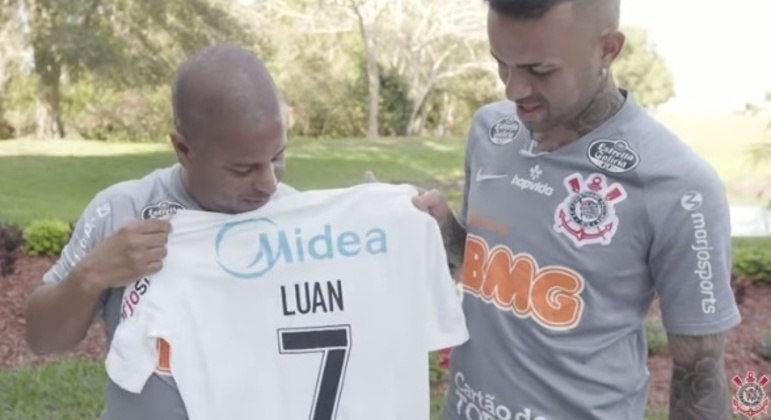 Luan’s embarrassing situation. Corinthians wants to loan it to Santos for free. Paying your wages. Everything for you to go away – Prisma

But it was the only way out found by the board of Corinthians.

Another R$ 24 million in salaries and gloves, since January 2020.

In 2022, he entered the field just three times. None of them with Vítor Pereira, who was already warned, upon arrival, of Luan’s situation.

The midfielder was a huge disappointment at Parque São Jorge. Apathetic, no vibration, bureaucratic. His sprints, objective dribbles, goals and assists are in the past.

Corinthians has tried everything to get rid of ‘the king of America’, chosen by the Uruguayan newspaper El País, after Grêmio’s title in Libertadores in 2017.

There were some polls from Bahia and Sport.

But the São Paulo club wanted the clubs to pay the player’s salary.

Management has already reached out to him trying to make a deal. And terminate the contract.

Hence, the option of just training and receiving.

He didn’t even care about the board ‘taking off’ his number 7 shirt, which he ‘won’ from Marcelinho Carioca. And it was passed on to Yuri Alberto.

Few times the leaders who command Corinthians claim to have found such a passive player.

Luan has only managed to enter the field 80 times since he was hired.

He only scored 11 goals.

His assessment on the website specialized in selling players, transfermkt, the midfielder is worth exactly a tenth of 2018. The assessment is that his rights cost 20 million euros, around R$105 million. Today, it is worth 2 million euros, close to R$ 10.5 million.

Luan remains impassive, even in the face of pressure to leave.

Guided by a businessman and lawyer, he continues to fulfill his mission, training. To go or not to the matches. That is, it is Vítor Pereira who defines who plays or not.

The direction of Santos was, at the request of Lisca Doido, interested in Ramiro. The player returned from a one-year loan to Al-Wasl, from the United Arab Emirates. Corinthians still expects a good financial proposal. Even with the 29-year-old having a contract until the end of this year.

The first proposal, requested by coach Lisca Doido, was for Ramiro’s versatility.

But Duilio decided to offer Luan ‘for free’. Paying every penny of salary.

The Corinthians leader wanted to get rid of this situation, which has been going on since 2020.

Luan, for the first time, showed signs of assuming failure.

And wants to go to another club.

But with the guarantee that you will receive your ‘sacred’ salary until the end of 2023.

Because Duilio swore to Rueda that Santos will not pay anything for the player.

A final meeting is planned, which will define the situation, later today, Tuesday.

With Corinthians paying not to have Luan in the squad.

Your situation is pitiful.

It hasn’t even been on the bench for about 100 days.

There are countless players who accepted the termination, humiliated.

Grêmio, the club where he stood out, did not want the midfielder back.

With all this situation, he has already pocketed more than R$ 24 million.

In other words, another R$ 11.2 million from Corinthians.

And the money comes out of the Corinthians coffers…


Iranian Hulk embarrassing himself with knockout in first boxing match

Previous Jennifer Lawrence laughs when she crosses a woman wearing the same dress, worth R$3,200, that she – Quem
Next Free website impressively restores photos using AI