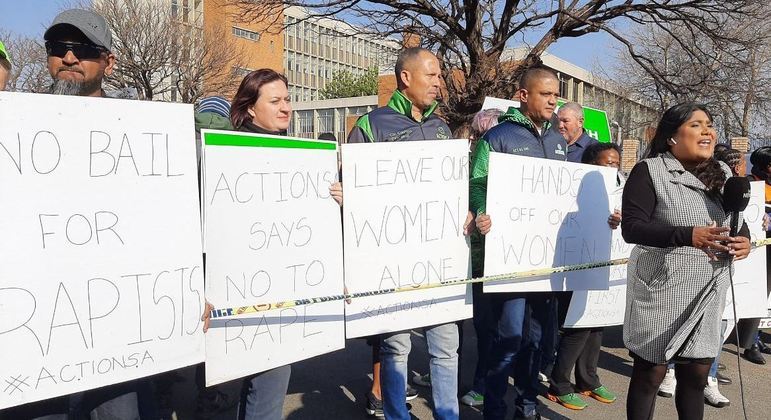 More than 80 people showed up at a court in South Africa on Monday for a hearing after the gang rape of eight women, which shocked the country. On Thursday, a gang of gunmen broke into a music video set and raped eight women near Krugersdorp, a small town west of Johannesburg.

No one has been indicted yet, but police have charged illegal immigrants working in mines in the area, arresting 84 people in an operation. Two other suspects were killed in a shootout with police, and a third was wounded, according to police sources.

This Monday, the detainees began appearing before the court on charges of having entered the country illegally and of being in possession of stolen goods. National Police Chief Fannie Masemola said she is investigating whether they were involved in the rape.

President Cyril Ramaphosa described these “horrific acts of brutality” as “an affront to women’s rights” and said “rapists have no place in our society”.

The crime has fueled an ongoing debate in South Africa over chemical castration for rapists. It is also putting pressure on the government, as the opposition says the police are ill-equipped to fight crime in the country, which has one of the highest murder rates in the world.