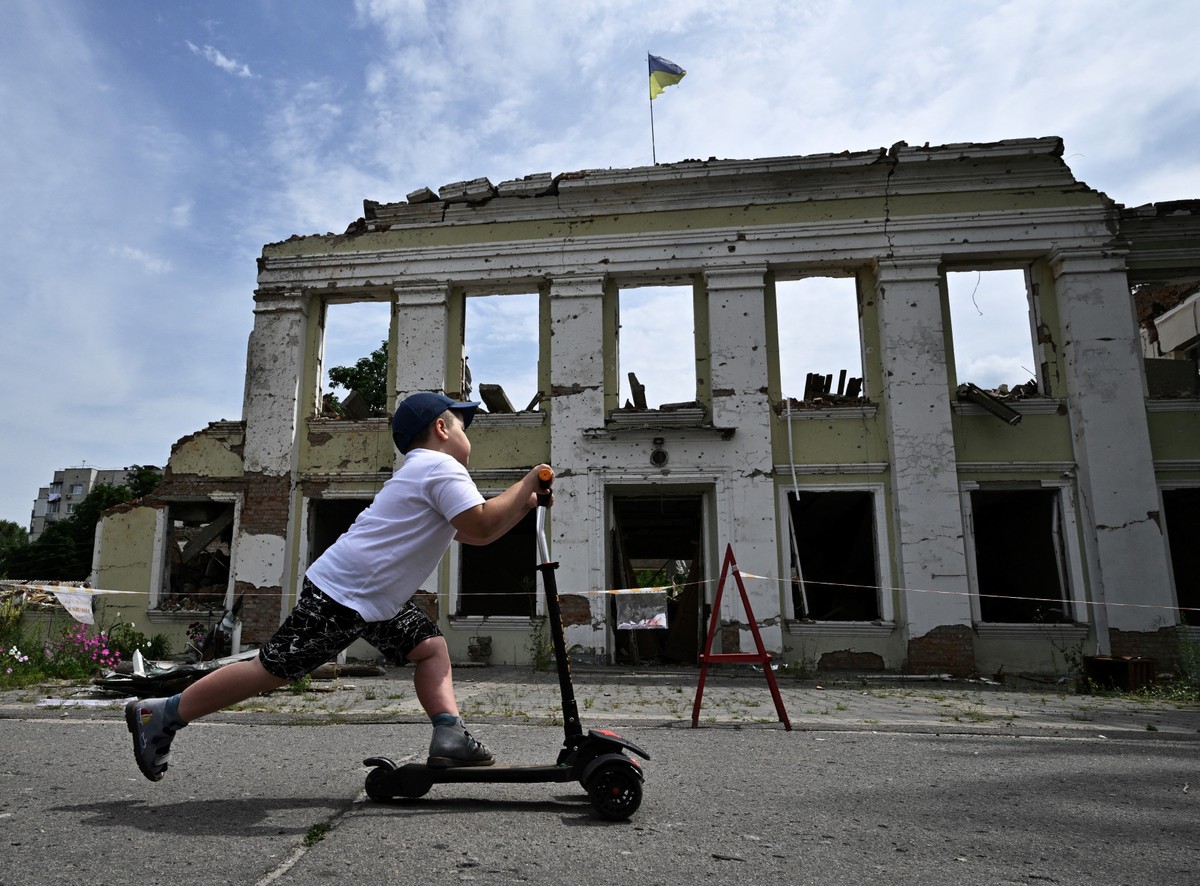 Okhtyrka, the Ukrainian city that said no to Russian occupation | Ukraine and Russia

Many villages and towns in Ukraine’s Sumy region, close to the Russian border, have fallen under occupation by Moscow troops since the Kremlin-ordered invasion on February 24, but Okhtyrka, a town of 48,000 across the Vorskla River, resisted and said no”.

In other cities, civilian deaths were numerous in the first weeks of the war with, for example, more than 50 fatalities in the battle for the much smaller nearby town of Trostianets.

Okhtyrka said “niet” – not in Russian – and Mayor Pavlo Kuzmenko explains that this was the result, in particular, of the residents’ cold blood.

“Only 18 civilians died. I don’t want to brag, but this happened thanks to the city administration, the volunteers, the people who remained in the shelters,” he told AFP. “The biggest challenge was to avoid panic, which would have ruined the city’s defense”

A column of Russian tanks entered Okhtyrka on the first day of the invasion, with the intention of capturing the town and heading towards the capital Kiev. “They thought they would pass very quickly,” recalls Kuzmenko.

The mayor (suddenly elevated to the top of the chain of command, due to the absence or indecision of regional authorities) decided that the Russian incursion could not be accepted.

Kuzmenko led a response in which Ukrainian troops provoked the hasty retreat of the adversaries, who left tanks and various materials behind.

Then came a month of Russian siege, with practically daily bombings that destroyed a hotel in the city, a shopping center, a fuel depot and the local thermal power plant.

A girl walks in front of a sign that says “I love Okhtyrka” in Ukraine — Photo: Genya SAVILOV / AFP

The Russians also killed at least 70 Ukrainian soldiers at a military base with a thermobaric bomb, according to Ukraine’s ambassador to the United States.

Among the destroyed buildings was the city’s cultural center, which was over 100 years old, bombed during the night of March 8.

The center’s director, Tetyana Barshenko, 59, cries as she recalls the missile attack that destroyed a symbol of the city. But like several city residents interviewed by AFP, she expresses enormous gratitude to the Ukrainian soldiers.

“This city has never been conquered and it’s thanks to the army (…) and thanks to the patriotism of the citizens”, says Barshenko

Pedestrians walk in front of a destroyed building in Okhtyrka, Ukraine.

After a month of siege, Russian troops left the city, as well as other areas of the country, on March 26.

Ukrainian President Volodymyr Zelensky designated Okhtyrka a “heroic city”, an honorary title that had only been awarded to another city in the northeast region, Kharkiv.

The population dropped to 20,000 at the height of the fighting – when the city was helping nearly 1,000 people escape a day – but now the city has almost completely regained its original population.

Pedestrians walk beside a building hit by Russian attacks in Okhtyrka, Ukraine.

“They were here, they were fighting for the city and we were helping them, preparing the food,” the elderly woman told AFP. “Thanks to the soldiers, we are safe.”

A recent resumption of bombing has raised fears among residents of a Russian return, but Mayor Pavlo Kuzmenko remains confident.

Despite admitting the possibility, he claims that the Russians can only carry out bombings, but it is impossible for them to conquer cities. “They can conquer some small villages, but they need resources and they have fewer resources every day,” he says.

Previous Games to relax became a trend; meet some – 02/08/2022 – Illustrated
Next Jennifer Lawrence laughs when she crosses a woman wearing the same dress, worth R$3,200, that she – Quem

The US Air Force unveiled its first new bomber in 34 years on Friday, the …