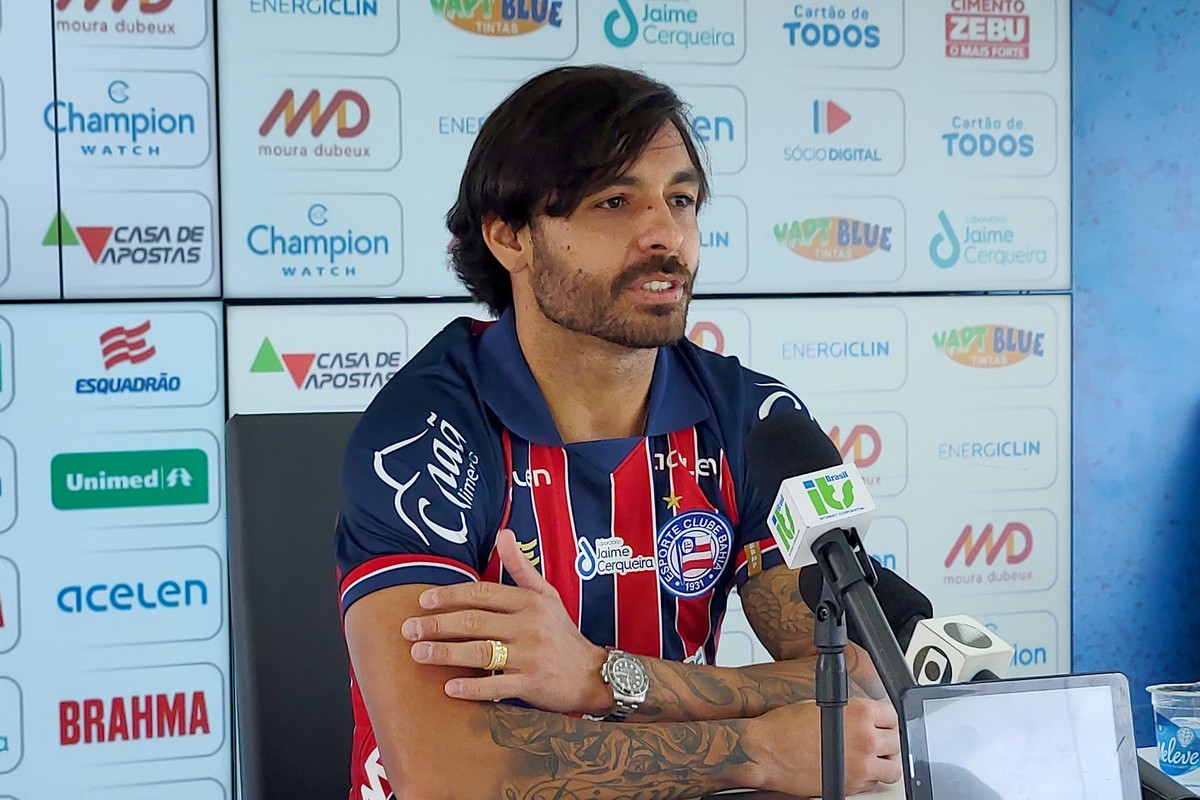 Best player in the Brazilian Championship in 2014, Ricardo Goulart was presented by Bahia, this Tuesday, with a recent image that bears little resemblance to that of the two-time Brazilian champion with Cruzeiro almost a decade ago. The attacking midfielder arrives in Salvador after an unproductive first half with the Santos shirt.

There were 30 matches for the Vila team, with four goals and seven games in the period.

During the press conference at Cidade Tricolor, Goulart attributed the poor performance to the choices of coach Fabián Bustos, with whom he worked at Santos.

– The scenario that took place a few months ago, I had a frank conversation like I had with all the professionals I worked with, always putting and respecting the coach’s opinion. Unfortunately, he didn’t respect my style of play, he didn’t respect my history, he wanted to put and not respect my strong signing that was in the season with Santos. It was a frank conversation, I explained that I play as a midfielder behind the striker. Due to his style of play, he doesn’t choose midfielder. It ended up harming my football, there is no opportunity for a sequel. And there it did not happen – said the player.

This was not the first time that Goulart said he did not feel respected by Santos. About two weeks ago, when he terminated his contract with Peixe, the player admitted that his time at Vila Belmiro was less than he imagined and complained about the way he was treated by the club.

– A few months ago, the player and coach issue did not flow as I would like it to. By my decision, I chose to leave it aside and follow new airs. I’m very happy to wear the Bahia shirt – completed Goulart this Tuesday.

It is worth noting that, on a day-to-day basis, despite his underwhelming performance, the number 10 shirt was praised by teammates and members of the coaching staff because of his commitment to the old club.

After putting an end to the “Santos issue”, the player thanked him for the opportunity to play for Bahia. He said he was interested in the club’s project from the beginning and recalled that he had successful spells at other clubs.

– Thank God for the opportunity to wear this shirt, we know the greatness that this club has. In the first conversations, I was very interested, happy for the project. Wherever I went, I managed to consolidate my name, show my football – he concluded.

O ge found that the hiring of Goulart was planned with an eye on the Sociedade Anônima do Futebol (SAF) with the City Group, which should be announced this month.