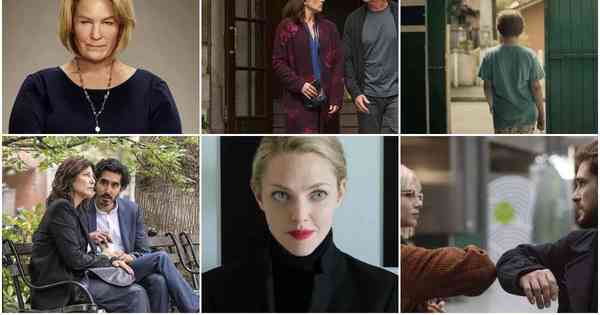 Series and films that were born as a podcast – Cultura

From the ear to the screen, productions that were born as audio are gaining more and more space on streaming platforms as television products. From gringo examples to stories told in Portuguese, the market is vast and for all tastes. This adaptation model has been successful, attracting renowned artists and securing a place in awards such as the Emmy.
The stories that are most successful on podcasts, such as those about famous crimes, scams and mysteries, are also among the audience’s favorites for criticism on TV and streaming. Check out some hot tips right now.

The series “The Dropout” tells the story of Theranos CEO Elizabeth Holmes and how she managed to deceive several important media outlets in the United States, such as Forbes and Fortune magazines, investors and important men in American politics. She was considered the next Steve Jobs for the genius of a promised invention: the Edison machine, which could, with just a drop of blood, make more than 200 diagnoses at affordable prices.

The series created by Elizabeth Meriwether based on the podcast of the same name, hosted by Rebecca Jarvis and produced by ABC News. The audiovisual version features Amanda Seyfried, Naveen Andrews and Dylan Minnette. Original series from Hulu, in Brazil it can be seen on the Star+ platform. The production was nominated for an Emmy 2022 in the categories “Outstanding Miniseries or Anthology” and “Outstanding Actress in a Miniseries, Anthology and TV Movie” for Seyfried.

The New York Times weekly column Modern Love was such a success that it became a podcast with more than 200 episodes and a book. With many stories of relationships, feelings, betrayals and revelations, TV also arrived as a Prime Video series. They are short, independent stories, with actresses like Anne Hathaway, Tina Fey and Zoe Chao, and actors Dev Patel, Kit Harrington and Gary Carr.

‘The Thing About Pam’

Also available on the Star platform is “The Thing About Pam”, a miniseries about the murder of Betsy Faria, a woman with terminal cancer. The plot involves her friend, Pam Hupp, Betsy’s husband, Russ Faria, and a series of twists throughout the investigations.

The series was based on a podcast of the same name by NBC’s Dateline and hosted by Keith Morrison. The series was executive produced by actress Rene Zellweger, who plays Pam.

A national production, the “Human Project”, a narrative podcast by journalist and writer Ivan Mizanzuk, was born in 2015, but only in 2018 did they dedicate themselves to telling the story of a Brazilian case.

“O Caso Evandro”, the fourth season of the podcast, yielded more than 40 hours of documentary and was so successful with podcast players that it became a series initially with eight episodes, with a ninth later released. Available on the Globo Play platform, directed by Michelle Chevrand and Aly Muritiba, with a screenplay by Angelo Defanti, Arthur Warren, Ludmila Naves and Tain Muhringer.