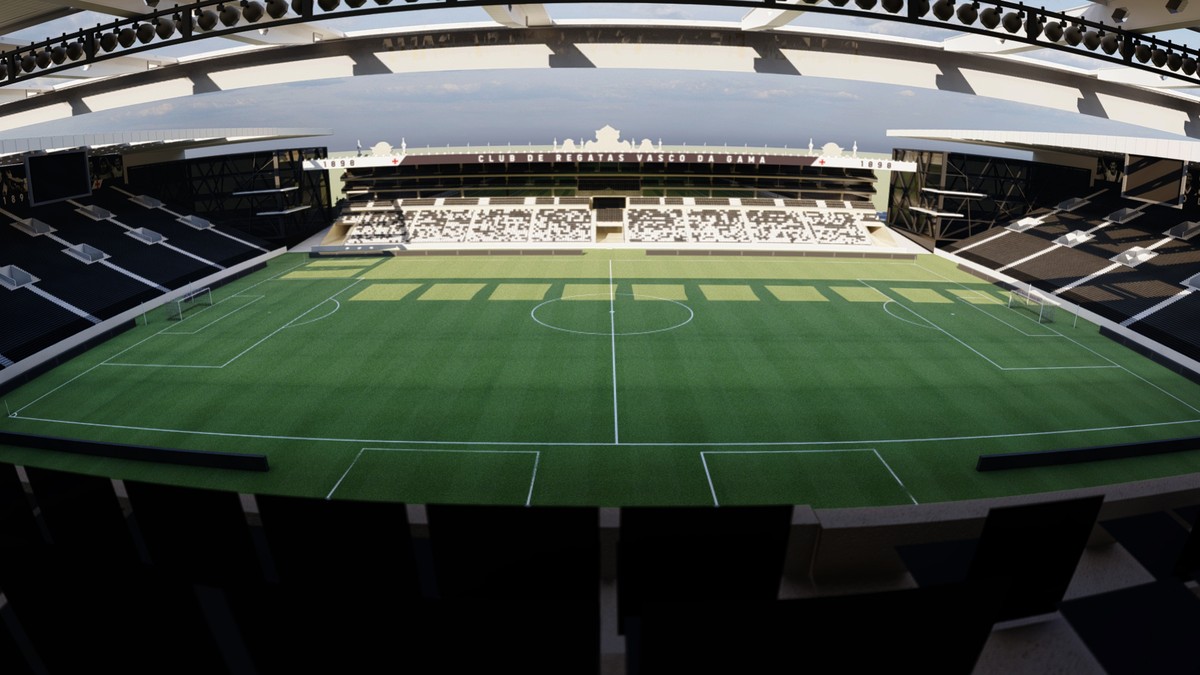 Vasco is in the process of selling 70% of its football to 777 Partners, but will keep São Januário as part of the associative club. And he has plans for the stadium in the near future.

The club has advanced negotiations with the City Hall of Rio de Janeiro to receive the constructive potential referring to the São Januário complex. Any revenue would be used for renovation, modernization and expansion of capacity for 40,000 fans.

Conversations with Mayor Eduardo Paes began in January and have heated up in recent months. The negotiation is being handled directly by the president Jorge Salgado and the vice-general, Carlos Roberto Osório. The expectation is that a new meeting, still in the month of August, will conclude the definitive agreement.

The negotiation foresees that the construction potential of São Januário will be transferred to the club, which could negotiate it with private investors interested in building in other areas of Rio de Janeiro. Something similar to what happened in Porto Maravilha, in the city centre. With the funds raised, Vasco would have the obligation to invest in the modernization of its stadium.

– I have a very advanced conversation with Salgado, that the idea is for us to transfer the constructive potential, that is, the right to build in São Januário. For example, he has the right to build a building, let’s imagine he can build a building where São Januário is, we are going to transfer this constructive potential so that Vasco can sell it to the private sector in other areas of the city, for example the Bar. And Vasco could only use the proceeds from that sale to renovate the São Januário stadium. It is a right with a specific purpose. You earn the right, which is to build, you sell that right, but the result of this resource cannot hire players, cannot pay late salary, cannot resolve club debts, it can only be used for renovation works in São Januário, which is the most beautiful stadium in Rio de Janeiro – said Eduardo Paes, in an interview with the newspaper “O Globo”.

About to acquire 70% of SAF do Vasco, 777 is aware of and approves the negotiation. It would be advantageous for the company to have a renovated stadium with greater capacity, without the need to invest its own resources. In that case, the rental amount for the American group would increase.

The agreement with 777 provides for the payment of an annual rent of R$ 1 million. The contract, however, points out that if the club reforms São Januário with its own resources, the value will be readjusted.

Vasco already has an idea of ​​how he intends to carry out the renovation of São Januário, but the investment will depend on the resources collected with constructive potential, in case of agreement with the City Hall.

Facade of São Januário would be maintained — Photo: Disclosure

The club is based on the project developed by WTorre, under the management of former president Alexandre Campello, carried out by the architect Sérgio Dias. The capacity would be for up to 43 thousand fans.

Vasco understands and pointed this out in conversations with Eduardo Paes, who currently São Januário no longer has his fans. In recent games, for example, tickets sold out in a few hours, even with the team in Serie B. In the last game, against Chapecoense, only three categories of supporters managed to acquire tickets. About 30,000 members did not have the opportunity to buy tickets, as did the general public. That’s why Vasco has been insisting on playing at Maracanã and plans to expand São Januário.

One of the preconditions of the project and the agreement with the City Hall is that, even with the eventual renovation, the historic façade of São Januário is maintained. The club also doesn’t want to lose the “spirit of Barreira do Vasco” and plans a project that integrates even more the stadium with its surroundings.

Previous Reinforcements and balance: what has changed since the last Atlético-MG vs. Palmeiras for Libertadores | liberators
Next Great Brazilian club closes the hiring of striker Ricardo Goulart