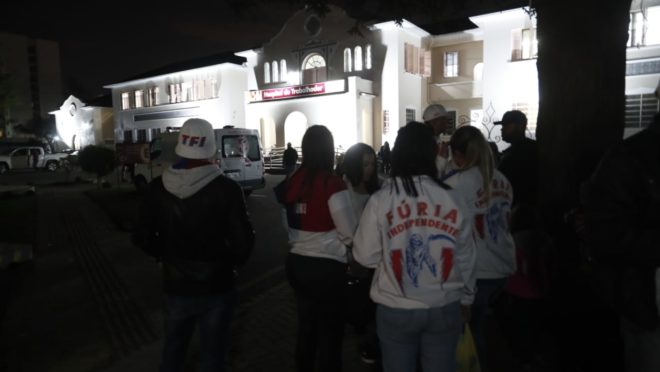 Since last Saturday, members of the crowd Independent Rageof Paraná Clubeheld a vigil in front of the Hospital do Trabalhador, in Curitiba, in the hope that the organization’s president, Mauro Urbim, would survive, after being trampled by a military police horseon the outskirts of Vila Capanema, during the game against FC Cascavel.

However, the president of the organization ended up having his death confirmed on Monday night.

In an interview with OneTwo Sportsthe vice president of the crowd, Ewerton “Neguinho”, detailed the case that took place over the weekend.

“We learned that a rival crowd was going to set fire to our lane located on Rua Engenheiros Rebouças. The board went there, there were not 80 people and there was no invasion of the visitors’ sector as the police said. We have nothing against Cascavel fans. . Our objective was to make the party, take the club to the round of 16”, said the fan.

“The president went to talk to the car on the overpass, asked the police to be attentive, when we were returning, the cavalry did not even want to know and they already came up. He tripped, hit his head and ended up being trampled by a police horse” , added Neguinho, who fired at the police stance.

“It was a cowardly act, a total lack of preparation by the police. It was not an accident. It could have been controlled,” he said.

In a note released last Sunday, the Military Police said that there was an attempt to invade the visitors’ sector by 80 Paraná fans. An investigation was launched to investigate the incident.

Previous Hitler’s watch sells for $1.1 million at auction
Next The Earth is spinning faster and faster. And that’s not a good thing