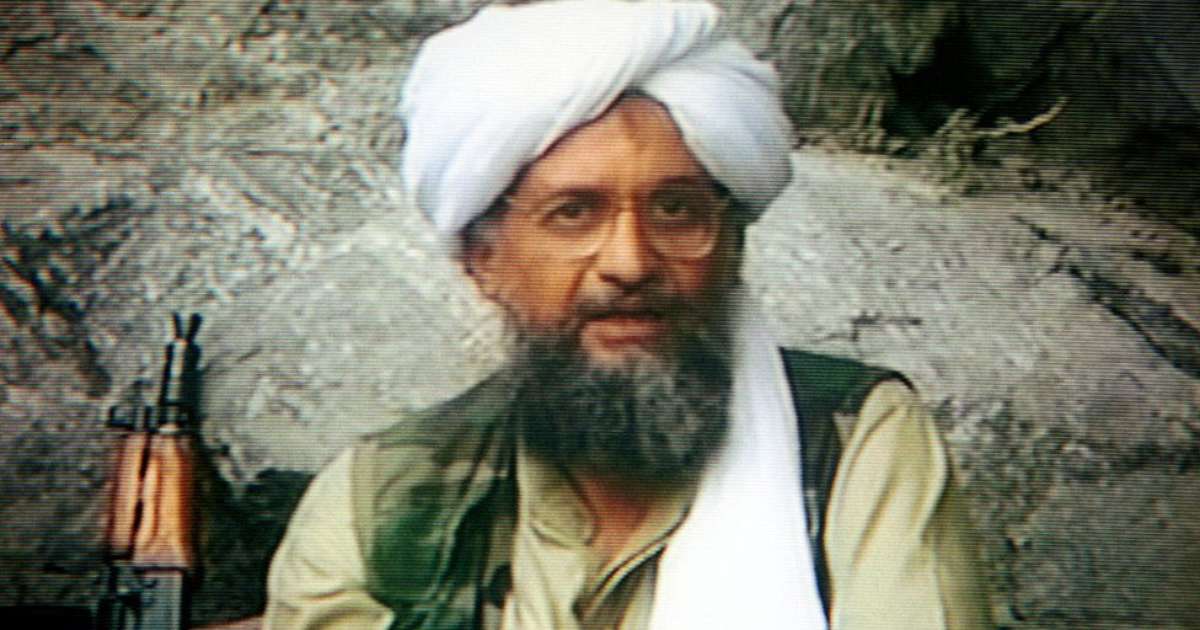 Ayman al-Zawahiri, who was killed by a US drone strike in Afghanistan, was known as al-Qaeda’s top ideologue.

An eye surgeon who helped found the militant group Egyptian Islamic Jihad, he assumed leadership of al-Qaeda after the assassination of Osama bin Laden by US forces in May 2011.

Zawahiri was considered bin Laden’s right-hand man. Some experts believe he was the “operational brain” behind the September 11, 2001, attacks on the United States.

Zawahiri was number two — second only to bin Laden — on the US government’s 2001 “Most Wanted Terrorists” list in 2001 and had a $25 million bounty on his head.

In the years after the attacks, Zawahiri became al-Qaeda’s most prominent spokesman, appearing in 16 videos and audios in 2007 — four times as many as bin Laden — as the group recruited Muslims around the world.

His death in an American attack in Kabul over the weekend was not the first time Americans have tried to assassinate Zawahiri.

In January 2006, he had been the target of a US missile strike near Pakistan’s border with Afghanistan.

The attack killed four al-Qaeda members, but Zawahiri survived and appeared in a video two weeks later, warning then-US President George W. Bush that neither he nor “all the powers on Earth” could kill him. it.

Born in Egypt’s capital Cairo on June 19, 1951, Zawahiri came from a respectable family of middle-class doctors and academics.

His grandfather, Rabia al-Zawahiri, was the grand imam of al-Azhar, the center of Sunni Islamic learning in the Middle East. One of his uncles was the first secretary general of the Arab League.

Zawahiri became involved in political Islam at school and was arrested at age 15 for being a member of the Muslim Brotherhood — Egypt’s oldest and largest Islamic organization.

But his political activities didn’t stop him from studying medicine at Cairo University, where he graduated in 1974 and received a master’s degree in surgery four years later.

His father Mohammed, who died in 1995, was a professor of pharmacology at the same college.

Zawahiri followed the family tradition, opening a clinic in a suburb of Cairo. But he soon became close to radical Islamist groups calling for the overthrow of the Egyptian government.

In 1973, he joined the newly formed Egyptian Islamic Jihad.

In 1981, he was arrested with hundreds of others after several members of the group, both officers and soldiers in the Egyptian army, assassinated President Anwar Sadat at a military parade in Cairo. Sadat had aroused the fury of Islamic activists by signing a peace deal with Israel and arresting hundreds of critics.

During the trial of the various suspects, Zawahiri emerged as the leader of the defendants. He was filmed telling the court, “We are Muslims who believe in our religion. We are trying to establish an Islamic state and an Islamic society.”

Although he was cleared of involvement in Sadat’s murder, Zawahiri was convicted of illegally possessing weapons and served a three-year prison term.

According to other Islamic prisoners, Zawahiri was tortured and beaten by the authorities during his time in prison in Egypt, an experience that turned him into a fanatical and violent extremist.

After his release in 1985, Zawahiri left for Saudi Arabia.

Soon after, he went to Peshawar, Pakistan, and then to Afghanistan, where he established a faction of Egyptian Islamic Jihad while working as a doctor in the country during the Soviet occupation.

Zawahiri took over the leadership of Egyptian Islamic Jihad after it re-emerged in 1993, and was a key figure behind a series of attacks by the group on government ministers in Egypt, including Prime Minister Atif Sidqi.

The group’s campaign to overthrow the government and establish an Islamic state in Egypt in the 1990s resulted in the deaths of more than 1,200 people.

In 1997, the US State Department said he was the leader of the Vanguards of Conquest group — a faction of Islamic Jihad that was said to be behind the massacre of foreign tourists in Luxor that same year.

Two years later, he was sentenced to death in absentia by an Egyptian military court for his role in the group’s many attacks.

targets in the west

Zawahiri is believed to have traveled to different countries during the 1990s in search of shelter and sources of funding.

In the years following the Soviet withdrawal from Afghanistan, he reportedly lived in Bulgaria, Denmark and Switzerland — and reportedly used a false passport to travel to the Balkans, Austria, Yemen, Iraq, Iran and the Philippines.

In December 1996, he reportedly spent six months in Russian custody after being caught without a visa in Chechnya.

According to an account allegedly written by Zawahiri, Russian authorities were unable to translate the Arabic texts found on his computer and he was able to keep his identity a secret.

In 1997, Zawahiri is believed to have moved to the Afghan city of Jalalabad, where Osama Bin Laden was based.

Zawahiri’s satellite phone conversations were used as evidence that bin Laden and al-Qaeda were behind the plot.

Two weeks after the attacks, the US bombed the group’s training camps in Afghanistan. The next day, Zawahiri called a Pakistani journalist and said, “Tell the US that its bombings, threats and acts of aggression do not scare us. The war is just beginning.”

In the years after bin Laden’s death, US air strikes killed several of Zawahiri’s aides, weakening his ability to coordinate globally.

And in recent years, Zawahiri has become an obscure and marginal figure, rarely speaking out.

The US treats his death as a victory, especially after the chaotic pullout from Afghanistan last year. But Zawahiri had relatively little influence, as new groups and movements like the Islamic State became more influential.

A new al-Qaeda leader will no doubt emerge, but he will likely have even less influence than his predecessor.

– This text was published at https://www.bbc.com/portuguese/internacional-62390197

Previous Eight free sites that ‘kick the job’ for those who don’t have Photoshop | Publishers
Next ‘Bullet Train’: Why did Lady Gaga drop out of the movie with Brad Pitt?