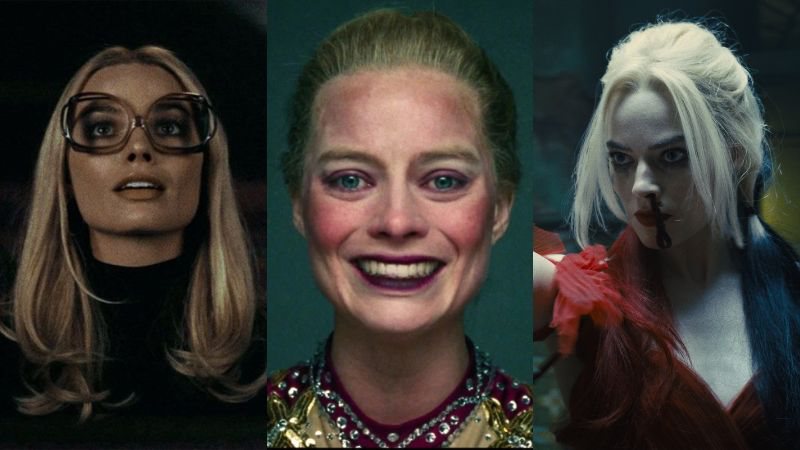 5 movies with the actress to watch

Margot Robbie is one of the most famous faces in Hollywood today. With several successful films under her belt, including collaborations with prestigious directors and major hero movies, the actress has plenty of movies to watch.

And to celebrate the 32 years old by Margot Robbie, we’ve selected 5 amazing movies that feature the star in the cast for you to check out. Check it out:

the wolf of Wall Street

This being one of Martin Scorcese’s most famous films, The Wolf of Wall Street is based on the true story of Jordan Belfort, who is an ambitious stockbroker who quickly creates an empire on Wall Street, but all illegally. During the film, you will follow his growth in the financial industry until the moment of his downfall. In the film, Margot Robbie plays Naomi Lapaglia, Jordan’s second wife.

Once again, Robbie participated in a film based on a true story, this time telling the story of Tonya Harding, a professional figure skater. The film tells about Tonya’s childhood, who despite having always displayed her great talent for skating, had to go through the abuse and humiliation of her mother. Experience the ups and downs of the artist’s life, going through points like her abusive relationship with Jeff Gillooly and the 1994 Winter Olympics.

Once Upon A Time… In Hollywood

Once again playing a real person, Margot Robbie impersonated actress Sharon Tate in Quentin Tarantino’s Once Upon a Time… In Hollywood. Set in the 60s, the feature tells the story of actor Rick Dalton and his stunt double Cliff Booth, who together try to make a name for themselves in Hollywood. And for that, they end up meeting some influential people in the film industry, which ends up connecting them with the murders committed by the Charles Manson sect at the time.

After the fiasco that was Suicide Squad in 2016, DC decided to give the beloved villains another chance with a film that forgets the first and gives new air to the franchise. The sequel (which looks like a reboot) was directed by James Gunn, which shows the Suicide Squad willing to do anything to escape prison. And to finally get what they want, they agree to participate in an operation on the remote island Corto Maltese, which is full of opposing military.

Alongside Charlize Theron and Nicole Kidman, Margot Robbie plays Kayla Pospisil, one of the women who denounced the sexual harassment scandal of Fox News CEO Roger Ailes. This all makes her power questioned and her career ruined after the allegations. In real life, the movement began with journalist Megyn Kelly and caused tension in the channel.

Previous Fluminense arrives in Rio after marathon of away games | fluminense
Next Atlético-MG x Palmeiras: Nacho starts his search for the sixth consecutive Libertadores semifinal in his career | athletic-mg

Daniela Melchior shares a new image from the recordings of “Velocidade Furiosa” This time, the …