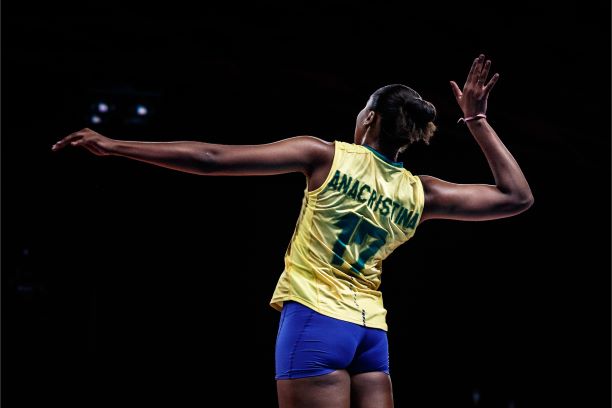 The saying “volleyfan doesn’t have a day of peace” can be repeated today. In the late afternoon of this Tuesday, the Brazilian Volleyball Confederation (CBV) published on its website the request for the dismissal of Ana Cristina from the Seleção.

According to the statement, the player claimed personal reasons for being excused from training for the World Championship. The group met again yesterday, in Saquarema, after calling up 16 athletes by José Roberto Guimarães.

The news surprises. Ana Cristina is treated like a jewel by the current technical commission of the Selection. She was the youngest player in the silver medal campaign at the Tokyo Olympics (17 years old), after making a prominent Superliga with the shirt of Sesc RJ Flamengo. She has always been treated with special care, as athletes with technical and physical potential at her age are rare.

Last season, the striker had few opportunities at Fenerbahce, from Turkey, directed by Serbian Zoran Terzic. Still, she was even tipped to be a starter at the beginning of this Olympic cycle. In the first matches of the League of Nations (VNL), it did not go well and ended up losing ground. It ended up being out of step. She again appeared prominently in the last set of the final, against Italy, entering as the opposite.

As the limit of entries for the Worlds is 14 athletes, Zé Roberto does not necessarily need to make a new call. For the winger, he currently has Gabi and Pri Daroit, specialists in the position. Tainara and Rosamaria are other players who can play in the position.

Brazil already had a clear shortage for the sector: Julia Bergmann, who will need to finish her Physics course at Georgia Tech, this coming semester.

Previous 7 Netflix series similar to Breathe!
Next Galaxy ‘Car Wheel’ is captured by the James Webb telescope and draws attention for its curious appearance