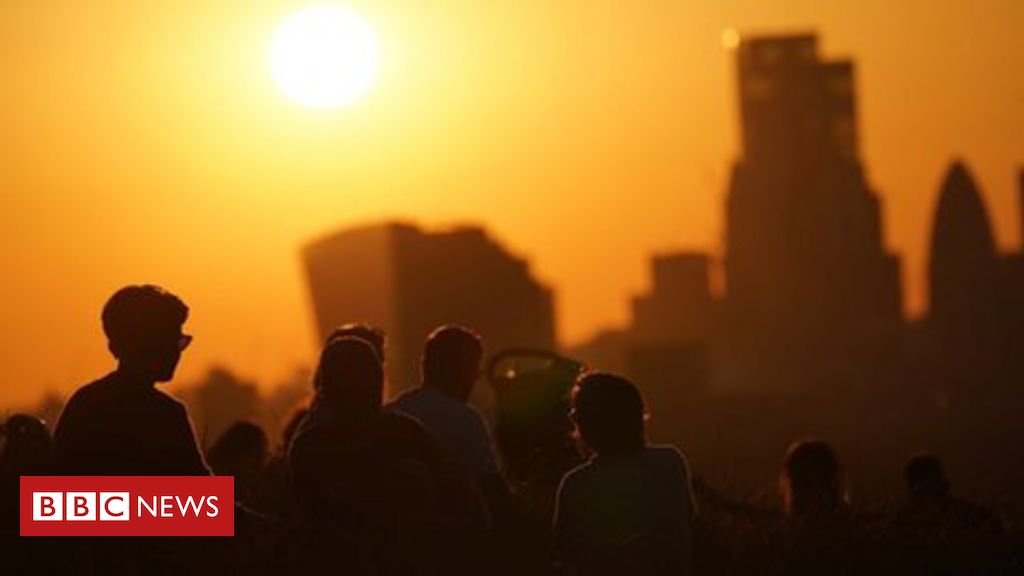 The potential catastrophic outcomes of climate change — including even the possibility of humans becoming extinct — are not being taken seriously enough by scientists, a new study says.

The authors say the consequences of more extreme global warming are “dangerously underexplored”.

The study’s scientists argue that the world needs to start preparing for the possibility of what they call the “end result” of global warming. They also appeal to UN scientists to investigate the risk of catastrophic changes in the environment.

According to this new study, the biggest attempts to address how climate change would lead to global catastrophe have been made by popular science books such as the uninhabitable landby David Wallace-Wells, and not by conventional scientific research.

In recent years, climate scientists have more often studied the impacts of warming of about 1.5°C or 2°C above the temperatures observed in 1850, before global industrialization began.

These studies show that keeping temperatures near those levels this century will strain global economies, but they do not predict the end of humanity.

The researchers focused on these lower temperature scenarios for good reason.

Almost every country on the planet has signed the Paris climate agreement, which aims to keep global temperature rise “well below” 2°C this century and make efforts to keep it below 1.5°C.

So it’s natural for governments to ask scientists to show exactly what this kind of change would mean.

But the new study says not enough attention has been paid to the more extreme outcomes of climate change.

“I think it’s sensible risk management to think about worst-case scenarios. If we do that in every other situation, we definitely should when it comes to the fate of the planet and the species,” says Luke Kemp, lead author of the study, from the University from Cambridge.

The researchers found that estimates of the impacts of a 3°C temperature rise are underrepresented compared to their probability.

Using climate models, the report shows that—in this type of scenario—by 2070, around 2 billion people living in some of the world’s most politically fragile areas would be experiencing average annual temperatures of 29°C.

“By 2070, these temperatures and the social and political consequences will directly affect two nuclear powers and seven maximum containment laboratories that house the most dangerous pathogens. There is serious potential for disastrous chain effects,” he said.

The report says high temperatures are not the only problem. There are also indirect effects such as food and financial crises, conflicts and disease outbreaks.

Scientists say more attention should be paid to identifying potential tipping points, where rising heat triggers another natural event that raises temperatures even further — such as methane emissions from melting permafrost or forests starting to emit carbon in instead of absorbing it.

To properly assess all these risks, the authors are asking the Intergovernmental Panel on Climate Change to carry out a special report on catastrophic climate change.

The researchers said that studying the consequences of worst-case scenarios in depth is critical, even if it can scare people.

They say such research would allow scientists to consider emergency alternatives, such as climate engineering, which could involve pumping refrigerant gases into the atmosphere. The researchers would be able to perform a risk analysis for these drastic interventions. Focusing on worst-case scenarios can also help educate people — and may even reduce the likelihood that some of these scenarios will come true.

“Understanding these plausible but bleak scenarios is something that can garner support from political and civil opinion,” says Kemp.

“We saw this when we identified the idea of ​​a nuclear winter that helped drive many public efforts, as well as the disarmament movement throughout the 1970s and 1980s.”

“And I hope that if we can find similar concrete and clear mechanisms when it comes to thinking about climate change, it will also have a similar effect.”

The call for an in-depth study of more extreme scenarios will appeal to many younger climate activists, who say the issue is not addressed because it could scare people into inaction.

“It’s vital that we have research in all areas of climate change, including the frightening reality of catastrophic events,” says Laura Young, a 25-year-old climate activist.

“This is because without all the truth and all the potential impacts, we will not be making the informed choices that we need to, and we will not be driving climate action with enough pressure.”

The study was published in the journal Proceedings of the National Academy of Sciences.