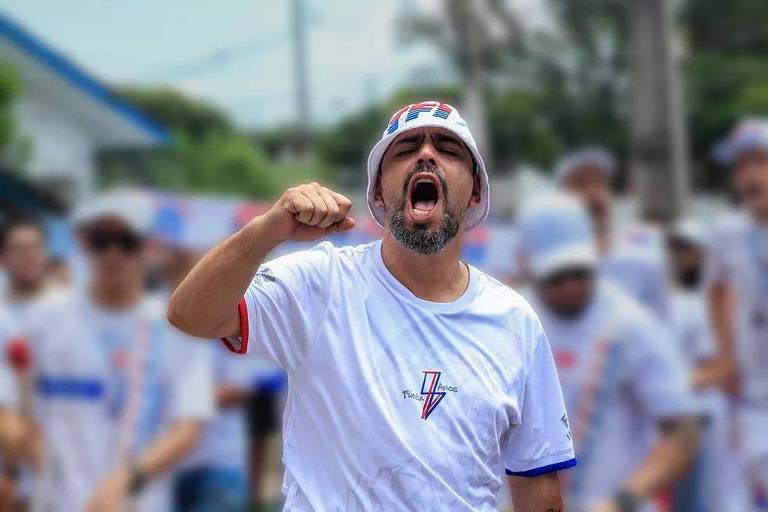 Mauro Machado Urbim, a supporter of Paraná Clube and president of the organized supporters Fúria Independente, died this Monday (1st), who had been hospitalized in serious condition since last Saturday (30th) in Curitiba. He suffered head trauma after being trampled by a horse belonging to the Paraná Military Police during a riot at the Durival Britto e Silva stadium.

The PM says that it reacted to an attempt to invade the space of the opposing fans.

Friend of Urbim and director of Fúria, Daniel Momm was in the match between Paraná and Cascavel and says that there was no confusion.

He says that, on Saturday afternoon, during the first half of the game, a Paranista fan was passing by Engenheiro Rebouças Street, where the visitor’s entrance is located, and saw a strange movement near a wall “where, occasionally, we hung a range”.

Momm says that Urbim, accompanied by about 20 members of the crowd, all directors, went to the place to find out. Arriving there, they would have found nothing but a police car. “Mauro promptly went to the car to explain the situation to the police and instruct the members to return to the stadium,” he says.

According to him, in the meantime, the PM cavalry approached. “The other members were already leaving, and Mauro went to meet the cavalry to explain the situation to them too”, he says. “Without any kind of provocation, the police of the Mounted Cavalry Regiment started an attack against our members.”

The director reports that Mauro asked the PM to stop, without success. “When he went to turn around to try to escape the horses, he ended up tripping. Even with him down, the police kept advancing and one of them, cowardly, ran his horse over Mauro. One of his paws hit our president on the head.”

In a statement, the PM says that about 80 fans tried to invade the place reserved for visitors, requiring the immediate intervention of the Mounted Police Regiment. “The teams formed a line to prevent the passage of these fans, directing them to return. However, insisting on the attempt to invade, they became hostile.”

Also according to the PM, in an attempt to maintain order and preserve the integrity of Cascavel fans, “the teams progressed in the attempt to persuade them to retreat, which returned to the interior of the Stadium”.

After repelling the action, according to the corporation, the police noticed two fallen fans, one without seriousness. “Immediately, emergency first aid was provided, and the Fire Department was called, which promptly continued the service and referred the injured person to the Worker’s Hospital.”

In a statement, the supporters Fúria Independente says that it will “fight for justice for Mauro’s murder, for the criminal’s arrest and for major changes in the conduct of the Military Police of the State of Paraná”.

The Independent Fury emphasizes that, “at no time was there any confusion or attempted invasion by any member of the TFI to the sector intended for visitors” and that the interaction between the fans was peaceful.

The fans La Furia Aurinegra, from Cascavel Futebol Clube, published a note in which they confirm that there was no invasion attempt, nor provocations or threats “before, during or after the match”.

Mauro Machado Urbim was an ecommerce analyst. Leave a wife and a son. The club declared mourning for three days and suspended activities this Tuesday (2).

Previous Shiloh Jolie-Pitt at war with Angelina? Understand the rumors!
Next Check out the August 2022 releases