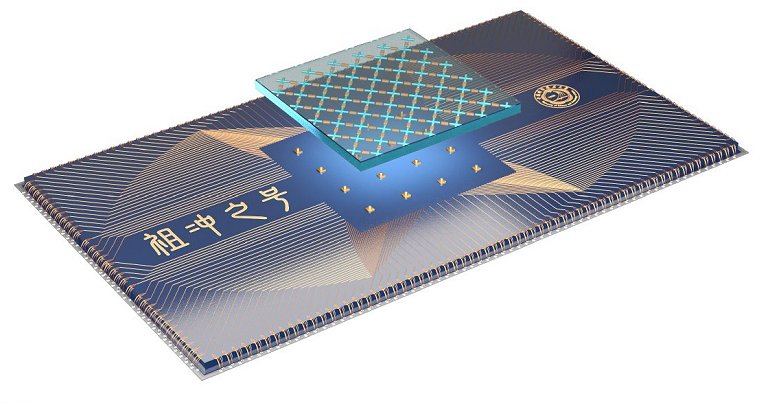 In 2019, researchers at the company announced that its quantum processor, called Sycamore, solved a problem that today’s best electronic supercomputer would take 10,000 years to solve.

It was not a practical problem, but a calculation designed to be as easy as possible for the quantum processor and as difficult as possible to implement in a conventional electronic computer.

The purpose of the demonstration was to achieve so-called quantum supremacy, the point from which quantum processors definitely outperform classic electronic processors, solving problems that cannot be solved with electronics-based technology in a practical time – the solution possibility exists , but it is exponentially faster on a quantum processor.

Now, however, a trio of statisticians and programmers from the Beijing Institute of Theoretical Physics have solved the same problem on an ordinary computer in just 15 hours.

All the team had to do was optimize the algorithm used by the Google team, reformulating it in the form of a 3D mathematical matrix called a tensor network, formed by 20 layers, one for each cycle of gates, and each layer composed of 53 points. , one for each quantum processor qubit.

“The computational time estimated by Google is based on a specific classical algorithm, the Schrdinger-Feynman Algorithm, rather than a theoretical limit that applies to all possible algorithms. So, in principle, there may be algorithms that run much better than the algorithm used by Google, rejecting the quantum supremacy claim,” the team wrote.

The team also didn’t use anywhere near the best supercomputer today: Feng Pan and his colleagues used a cluster computing power with 512 GPUs.

In fact, if run on a supercomputer, the algorithm can directly defeat quantum code.

“If our algorithm can be implemented with high efficiency on a modern supercomputer, with ExaFLOPS performance, we estimate that, ideally, the simulation would take a few tens of seconds, which is faster than Google’s quantum hardware,” the team wrote.

Previous Vampeta says that Willian has proposals and can leave Corinthians; My thymus brings details
Next 6 Mysterious Holes That Intrigued the World