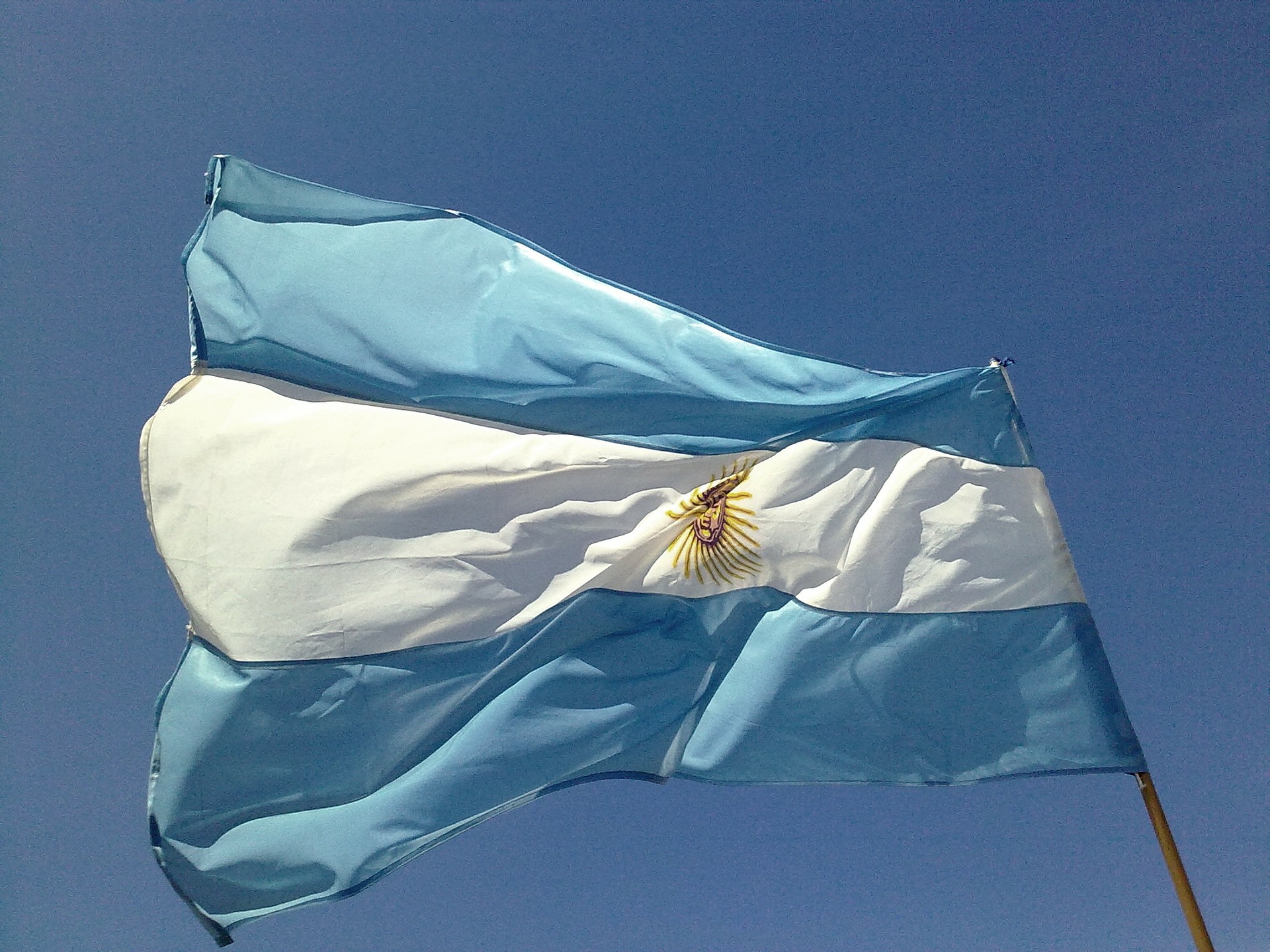 Understand in numbers why Argentina is in economic crisis

A large fiscal imbalance led Argentina to a new economic crisis, with a strong loss of the population’s purchasing power and the devaluation of the Argentine peso.

In 2019, R$1 bought 14.9 pesos. Now it corresponds to 25.1 pesos. The country’s currency has weakened against the real, which is a currency that has also depreciated against the dollar in recent years. Eating meat in Argentina, for example, can cost half the price compared to Brazil.

Silvina Batakis took over the country’s Ministry of Economy after the resignation of Martín Guzmán. But 24 days later, Argentina’s President Alberto Fernández nominated Sergio Massa to take over the vacancy.

The country’s government is also experiencing political turmoil. In addition to facing pressure from the streets, Alberto Fernández and Cristina Kirchner have already publicly disagreed with ways to solve economic problems. The vice advocates greater intervention in the economy to mitigate the effects of the crisis on the lower income population. Fernandez does not agree.

The economic situation has caused the population to carry out protests, in addition to farmerswhich also face diesel shortage and problems in Argentina supply chains. Thousands of Argentine protesters gathered in the streets of the capital Buenos Aires this Thursday (July 28) to demand a universal basic salary and the universalization of social programs.

Batakis was in Washington, USA, after meeting with the head of the IMF (International Monetary Fund), Kristalina Georgieva. Argentina has a US$ 44 billion financing agreement with the international entity.

The IMF said in March that there are “exceptionally high stakes” for noncompliance with the economic program. The funding served to help Argentina’s balance of payments and budget. For that, it would be necessary to establish debt sustainability, face high inflation, increase financial reserves and promote growth. It will start to be paid only in 2026 and will extend until 2034.

To fulfill the agreement, the government will have to reduce the primary deficit –revenues minus expenses, excluding debt interest payments– from 3% in 2021 to 2.5% in 2022. By 2024, it should reach 0.9% of the GDP (Gross Domestic Product).

Argentina’s gross debt, according to the Ministry of Economy, was 80.1% of GDP (Gross Domestic Product) in the 1st quarter of 2022. Brazil has a similar percentage, 78.5% of GDP. But what worries Argentina is that 55.5% of the debt stock is in foreign currency, and international reserves are low, close to US$ 39.5 billion, compared to Brazil’s (US$ 378.4 billion). . 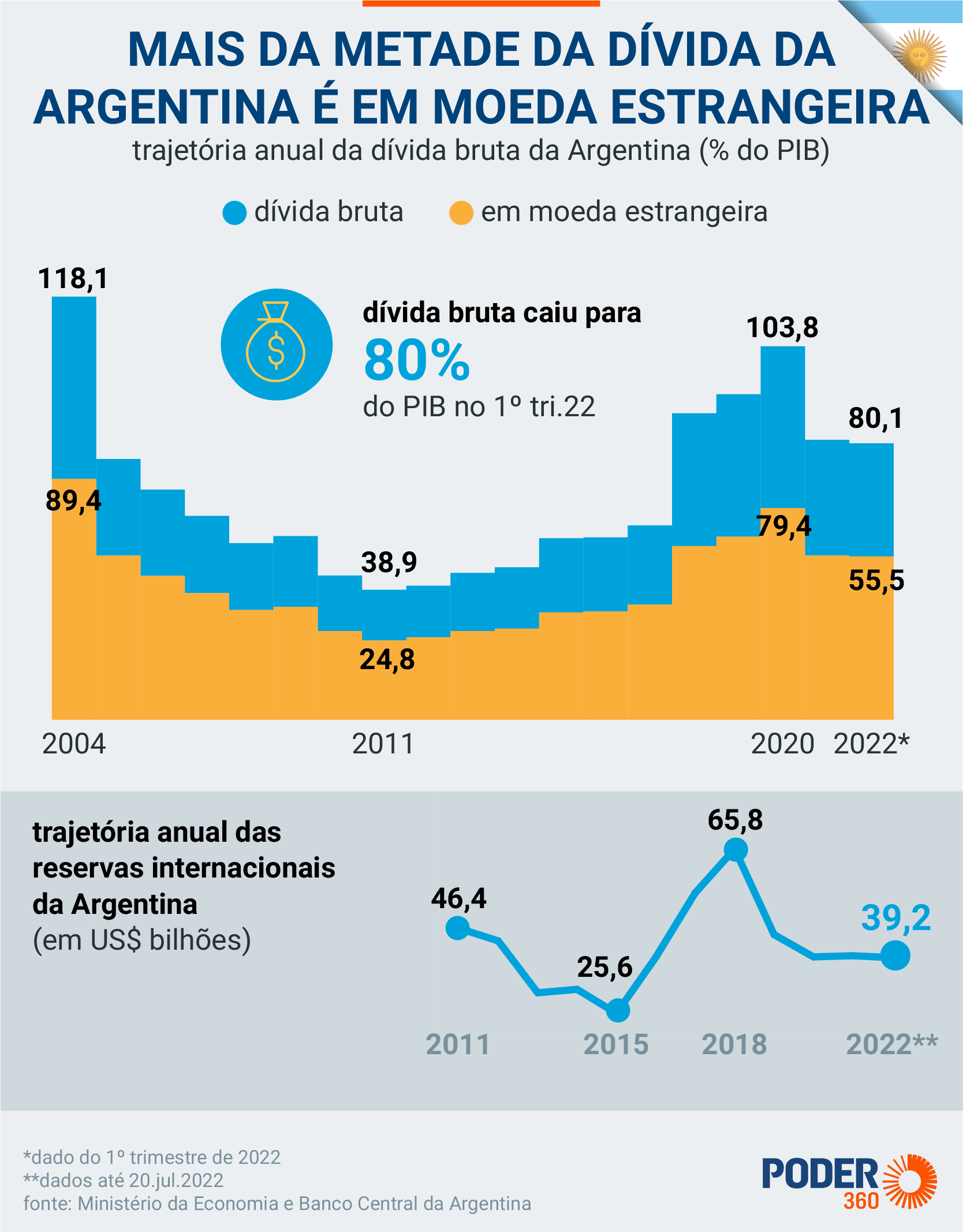 Argentina’s international reserves are not capable of defraying 1 semester of imports from the country. Purchases from abroad totaled R$ 41.28 billion in the 1st half.

The scenario is even worse when considering the net concept of foreign exchange reserves – that is, the resources that are ready to be used by the government in case of need. Argentina does not disclose this data. The country’s Central Bank did not respond to the Power 360 with the information. 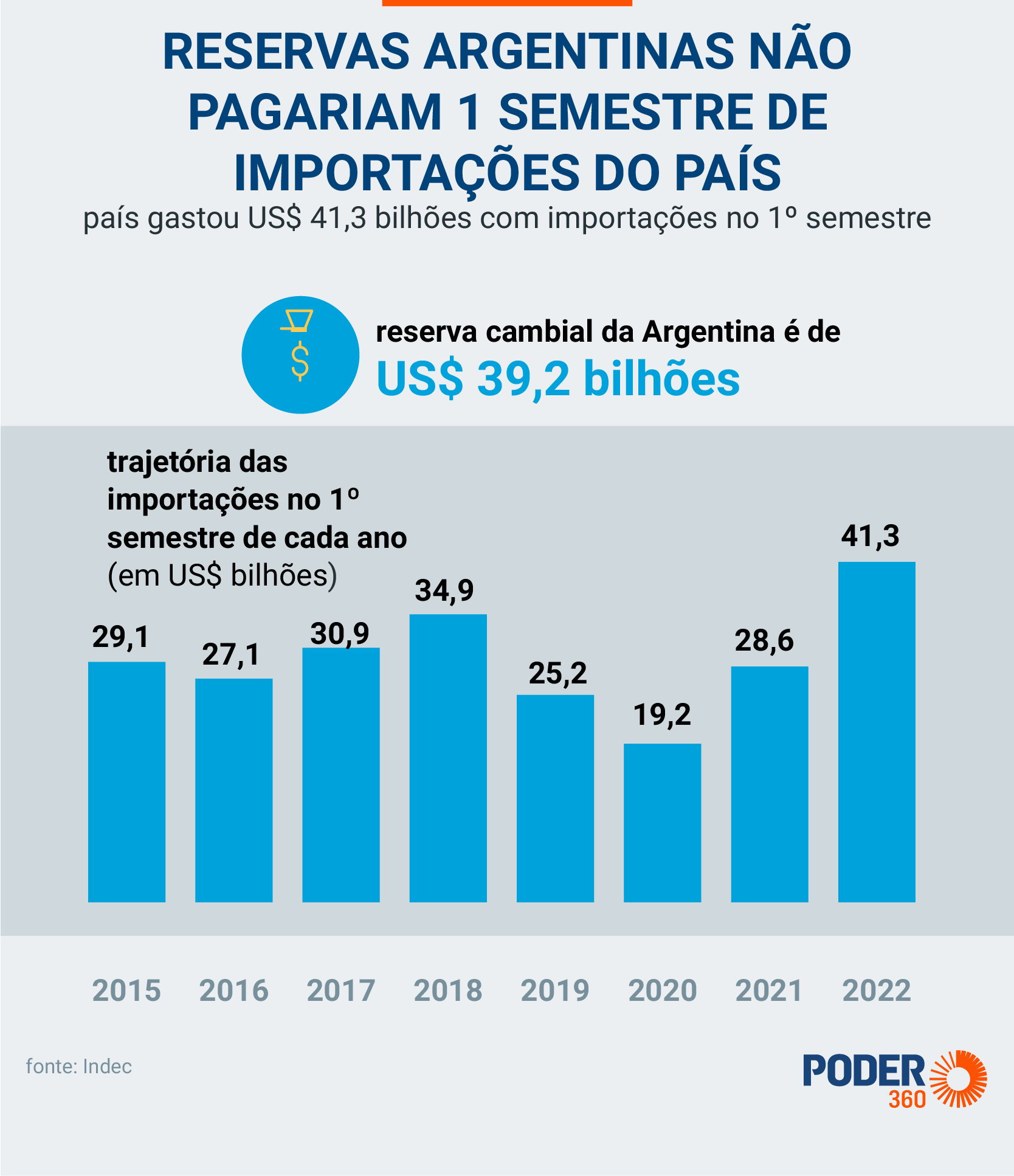 This debt account makes the devaluation of the Argentine peso more expensive. The parallel dollar –which is informal– came to cost 338 pesos in July, compared to 208 pesos at the end of 2021. On Thursday (July 28) the official dollar, which is controlled by the government, cost 131 pesos.

The parallel dollar, or dollar blue, is an informal and illegal exchange rate. Despite this, bartering is a common practice among money changers in Buenos Aires. In the country, there is a monthly purchase limit of US$ 200. 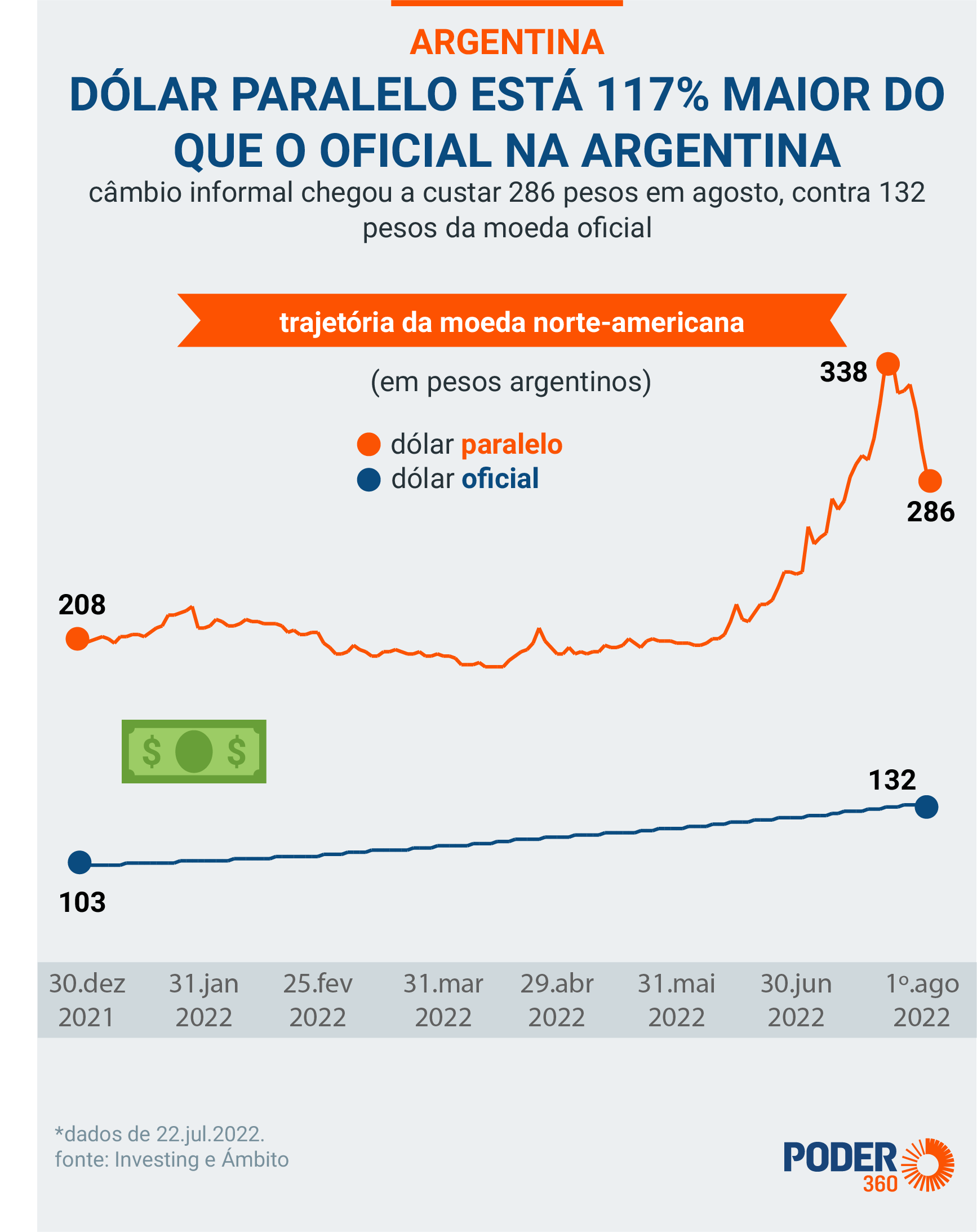 The more appreciated US exchange puts pressure on inflation. It rose 64% in the 12-month period up to June, according to Argentina’s Indec (National Institute of Statistics and Census). In addition to being the highest percentage since January 1992 (or more than 30 years), inflation has been above 2 digits for almost 10 years –since August 2012–.

IMF chief economist Pierre-Olivier Gourinchas told the newspaper La Naciónthat the economic situation of Argentina is “very worrying” and that reducing inflation must be the absolute priority. It is a contractual obligation with the IMF that inflation ends the year at 38% to 48%. 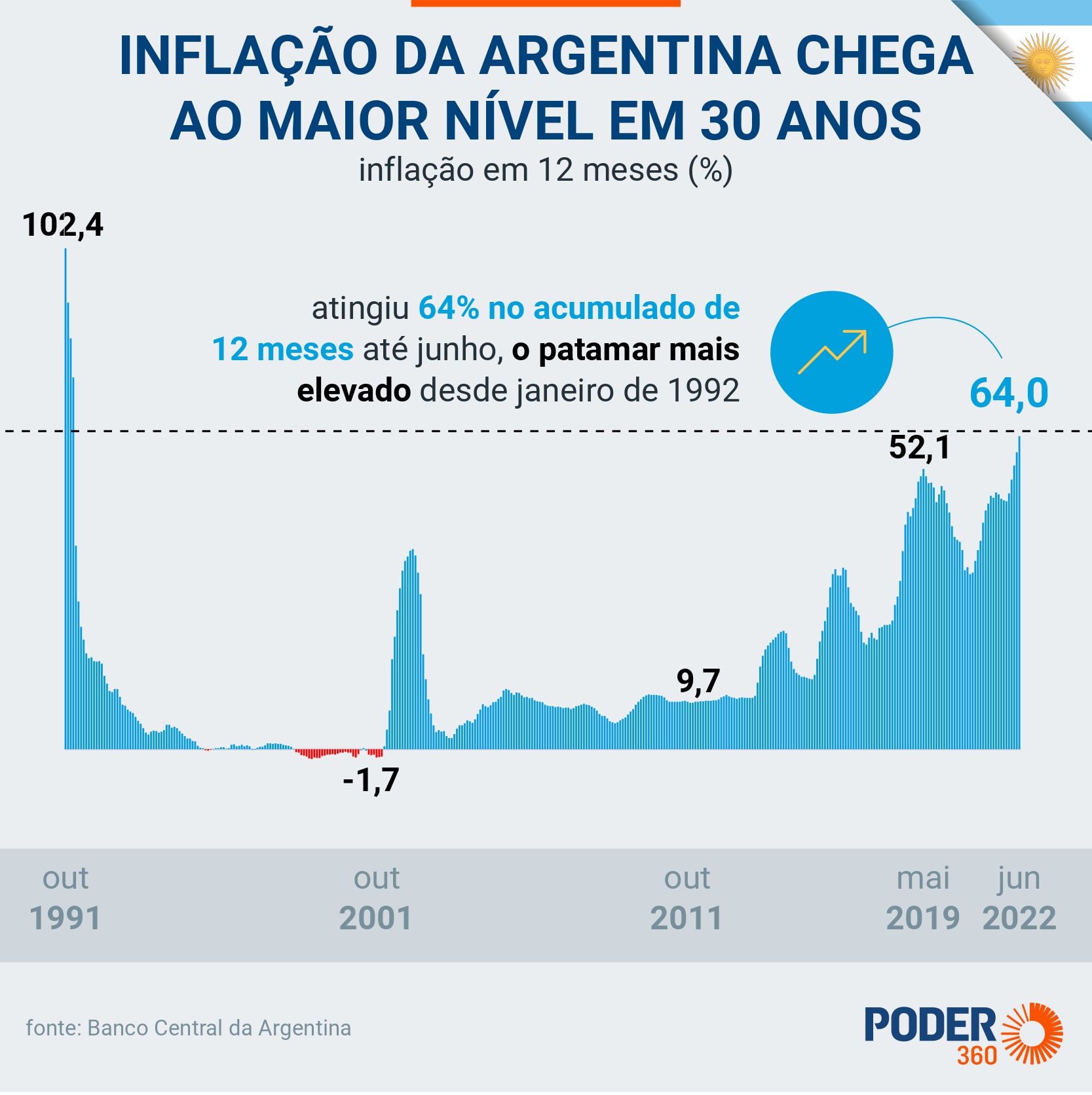 The country needed to raise the basic interest rate to control inflation. It reached 52% a year in June, the highest level since before the Covid-19 pandemic. The country was the one that increased interest rates the most in 2022, even surpassing Ukraine, which is at war with Russia. The increase was 22 percentage points. 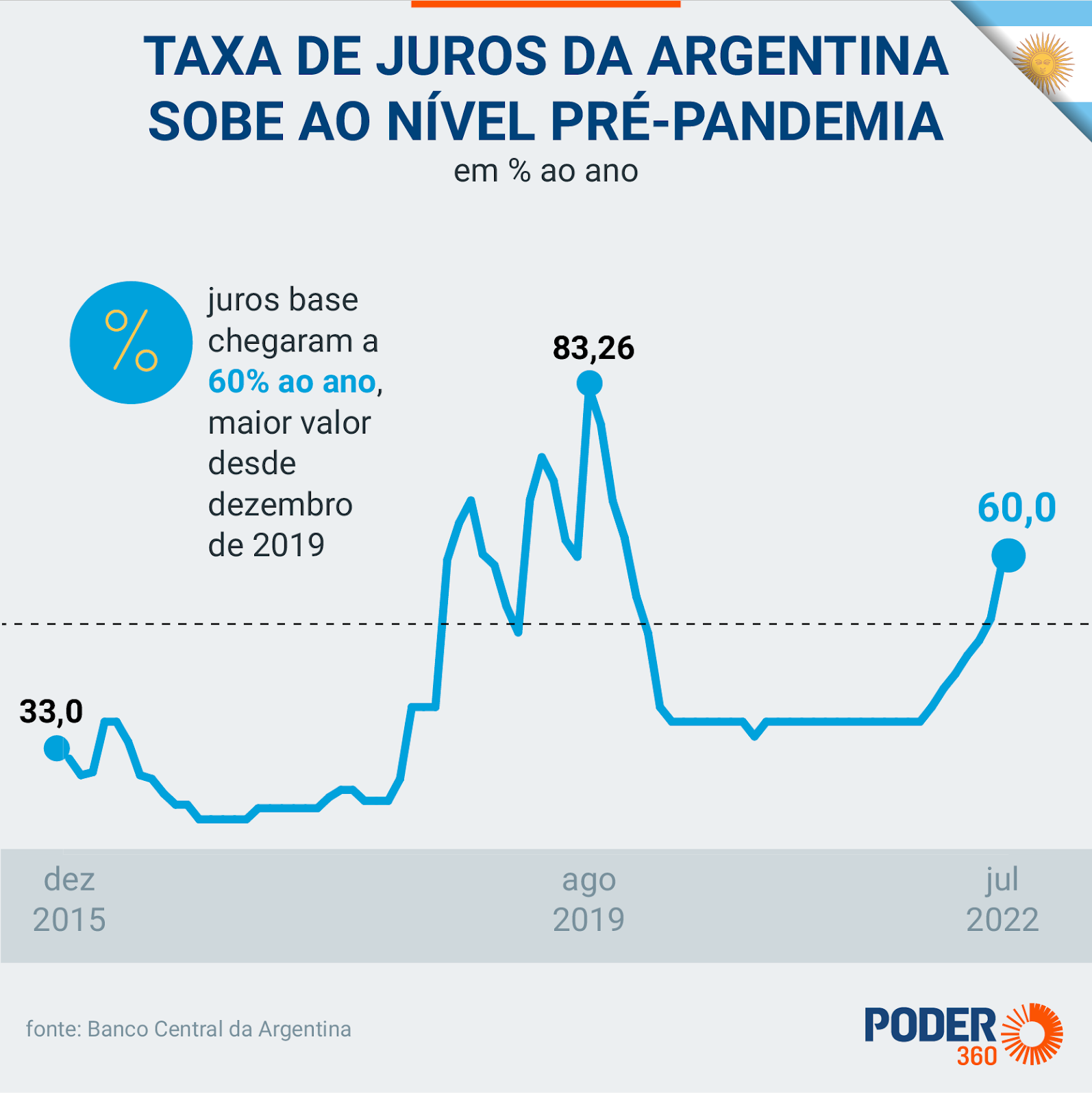 With the latest hike in the basic rate, Argentina surpassed Venezuela and leads the ranking of the highest nominal interest rates in the world. Interest rates were already higher in 2019. They reached 83.26% per year. The trend is that the rate will continue to increase in 2022 to curb inflation and attract foreign capital to the country. 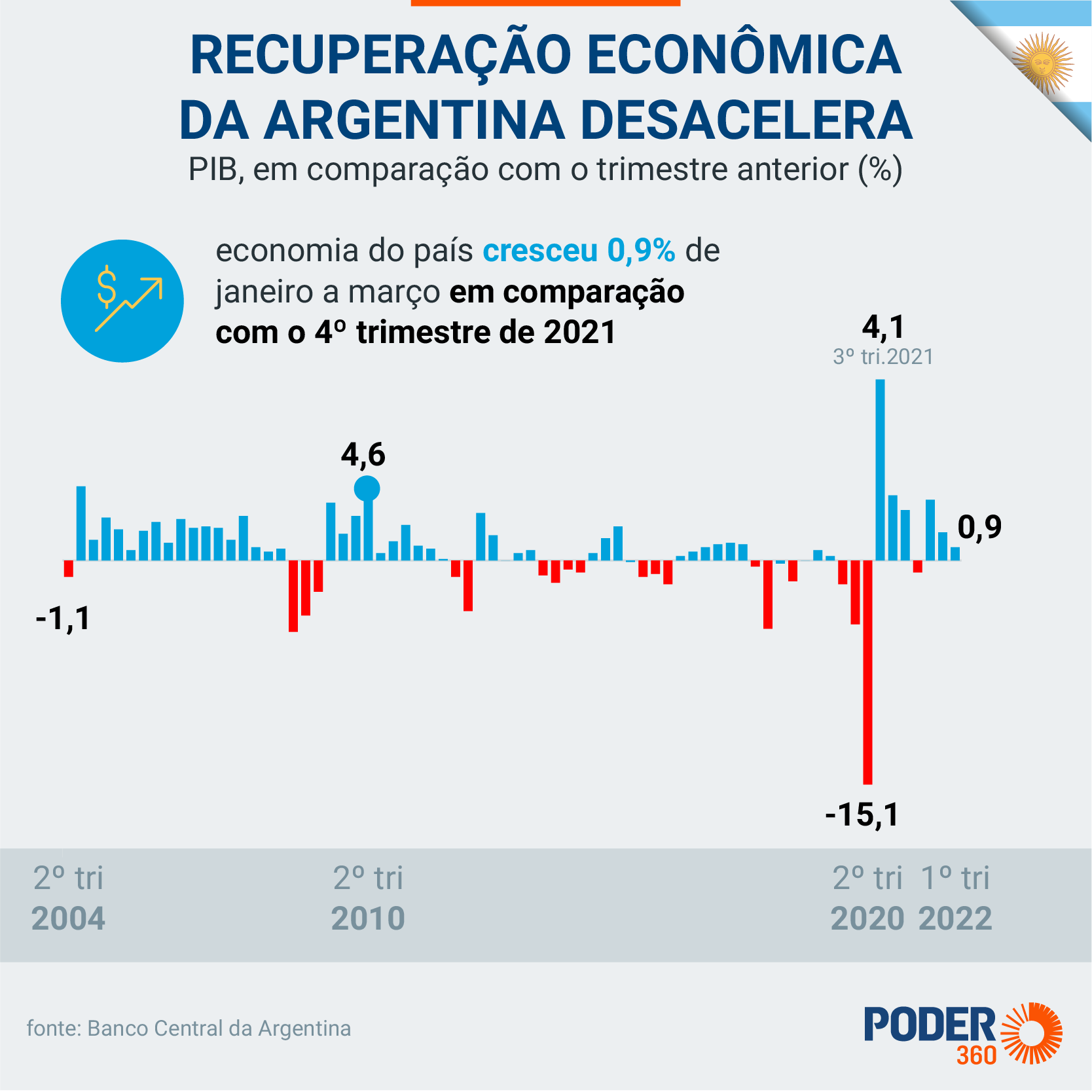 The country’s unemployment rate is 7%. It fell compared to 2020, during the beginning of the covid-19 pandemic. But the data does not mean that the job market is positive. Argentina has an estimated population of 46.2 million people, but Idec only calculates the rate in urban areas.

The urban population is 29.1 million and there are 13.5 million who are economically active. Of these, 12.6 million are employed, or 27.3% of Argentina’s total population. In comparison with Brazil, which is not the best example for having a strong labor market, it has 45.7% of the total population (214.9 million) employed. 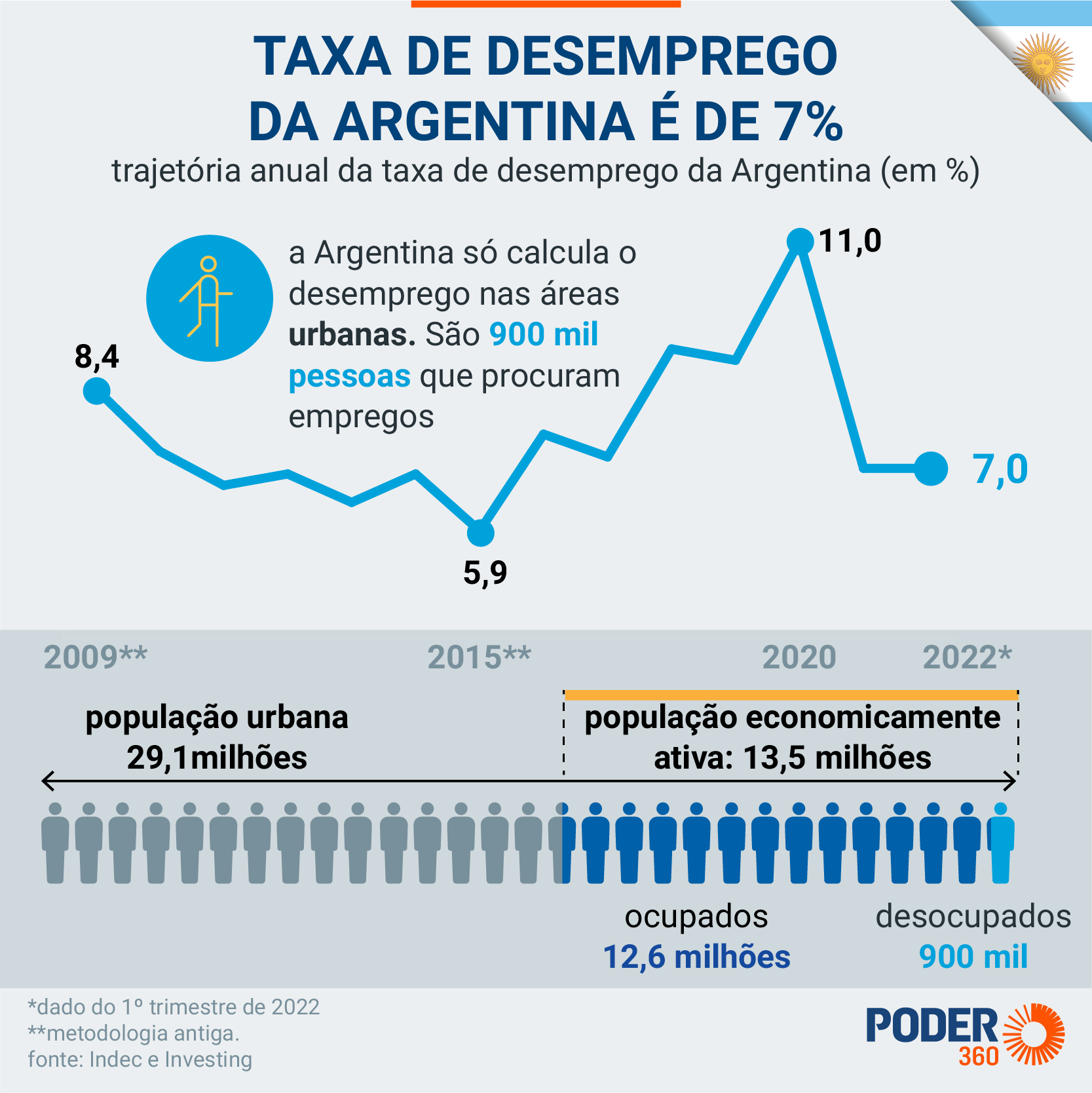 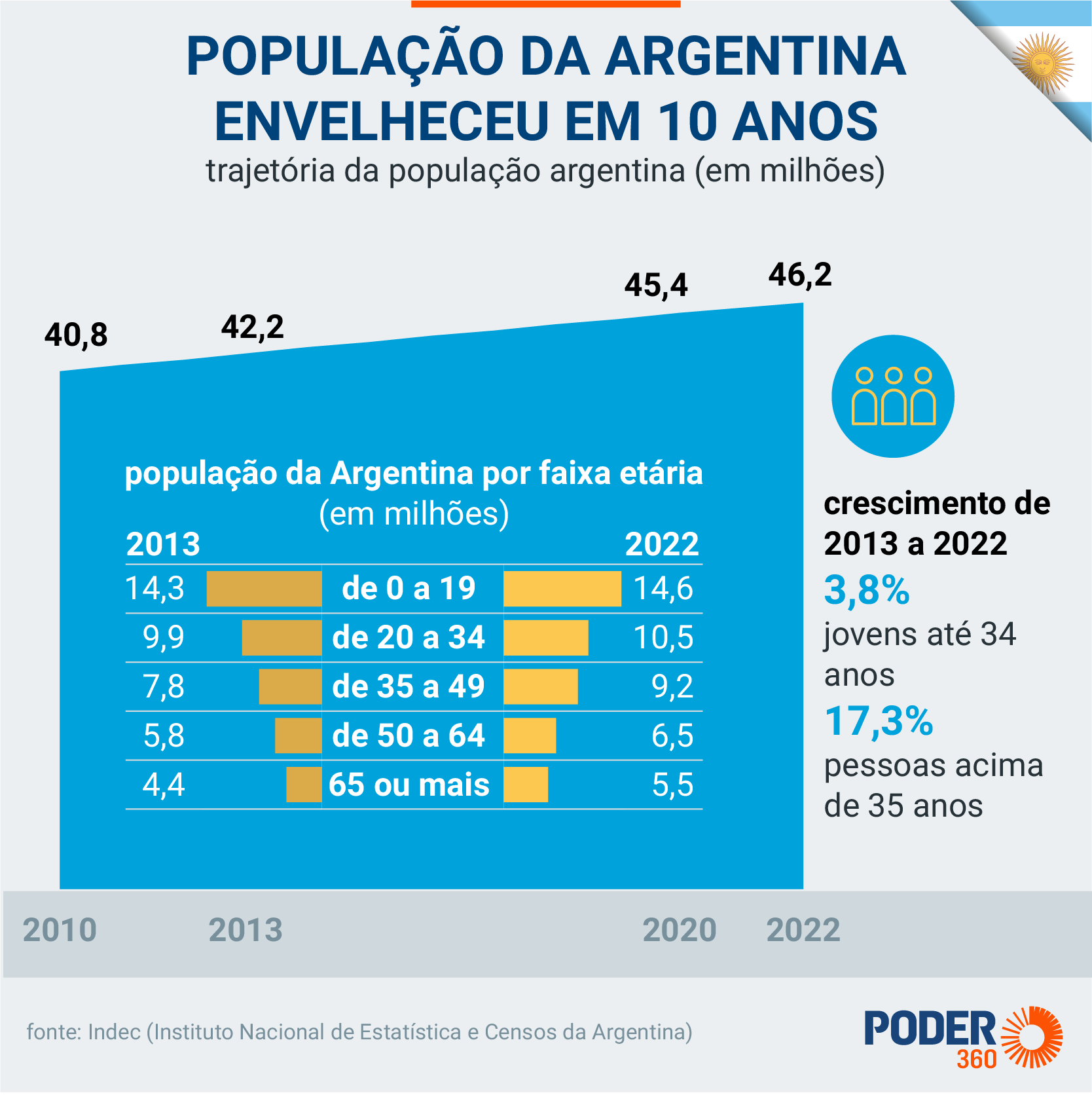