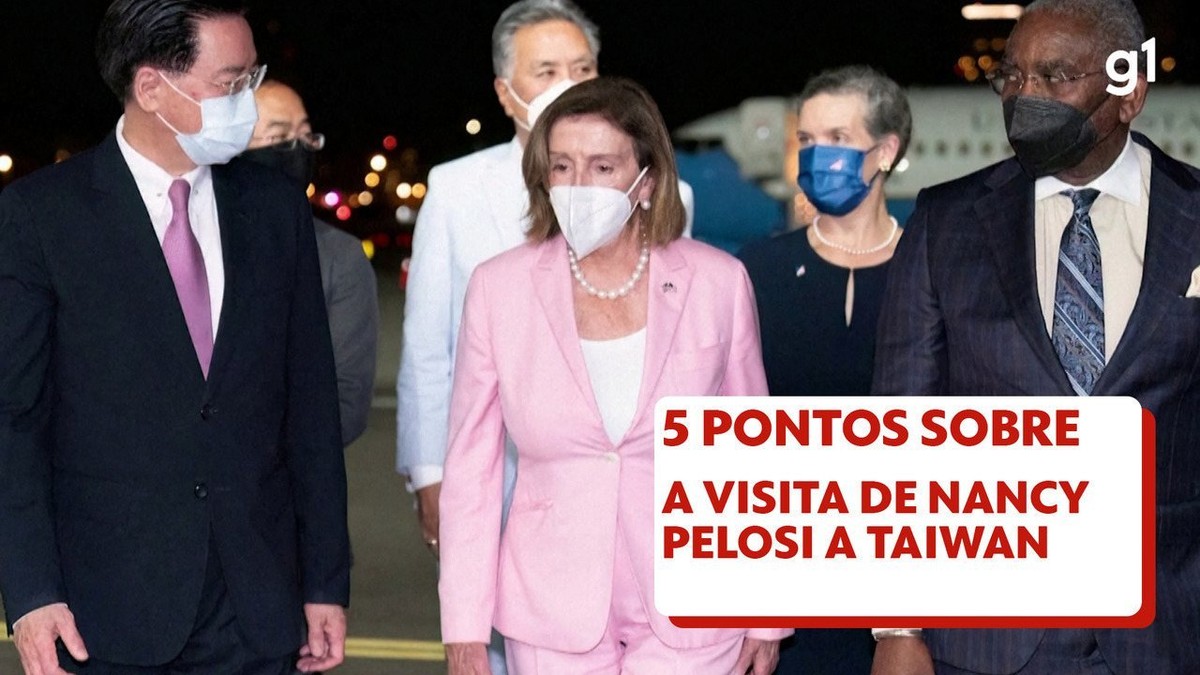 The visit angered Beijing, which claims Taiwan as part of its territory and has promised strong retaliation against the United States. So far, however, it has been the Asian island that has paid the biggest price for the American guest, with a series of sanctions announced by China (see below).

According to Taiwan’s Ministry of Defense, 27 Chinese Air Force aircraft flew over the island’s airspace this morning, and 22 of them crossed the Taiwan Strait, the boundary of China’s airspace. 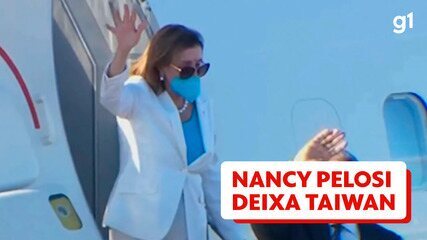 Beijing has not yet clarified whether the flyby was part of a military exercise.

On Tuesday (2), China had already sent about 30 warplanes to fly over the Taiwan Strait, at the same time that the US aircraft carrying Pelosi and her entourage approached the island.

At the same time, Taiwan has already begun to suffer the consequences of Pelosi’s visit. The local government said on Wednesday that China is carrying out an unofficial air-naval blockade as it plans military exercises around the island in retaliation.

The state news agency reported that Taiwan is already negotiating alternative flight routes with Japan and the Philippines to break the alleged Chinese blockade.

Also on Wednesday, Beijing announced sanctions on the island such as suspension of imports of items such as fruit and fish products of the autonomous island, in addition to paralyzing exports of natural sand to Taiwan. Chinese customs even suspended imports of 35 Taiwanese cookie and candy exporters.

The reprisals so far have been seen more as symbolic than practical, a message from Beijing to the Taiwan government of what more may be to come. Experts estimate that the Chinese government’s pressure on the island would already increase, regardless of the visit of the President of the North American Chamber.

Although Nancy Pelosi spoke on behalf of the United States, the House Speaker’s visit was not unanimous within the country. On July 21, US President Joe Biden – who is a member of and close to Pelosi – said the military felt the visit was “not a good idea”.

Still, the House leader, who has Nancy Pelosi’s history of confrontation with China, insisted on the trip. 30 years ago, Pelosi appeared by surprise in Tiananmen Square with posters in honor of dissidents. of the Chinese government killed in the protest that marked the place in 1989.

This was the first time in 25 years that a senior official of the kind from the United States has visited the island of 24 million people, which China claims to be part of its territory. Therefore, Beijing said that Pelosi’s trip was a “severely wrong signal to separatist forces in favor of Taiwan independence”.

The local government claims to be the real Chinese government in exile. The United States, on the other hand, has a policy of “strategic ambiguity”: it does not recognize Taiwan as a state, but maintains increasingly close relations with the island.

Since then, she has been a critic of the Chinese government, particularly on human rights issues.