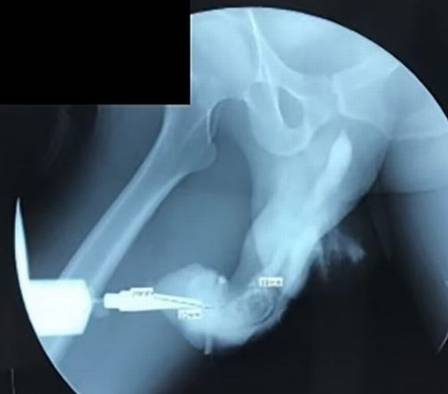 A 50 year old man suffered a fractured penis during “more vigorous sex”. According to doctors, the patient’s limb was like “an eggplant”.

According to a report published in the scientific journal “International Journal of Surgery Case Reports”, the man, who has not been identified, was having sexual intercourse with his wife when heard a “crack”. When he heard the “crack”, his erection immediately ceased and blood began to leak from his urethra.

In severe pain, he went to the emergency room, reporting that his penis was swollen and purple there were four hours. Experts wrote in the publication that the patient was in extreme pain and was unable to urinate.

According to doctors, the patient’s injured organ resembled an eggplant, because of the swelling and color. The man underwent emergency surgery at Dr Soetomo General Hospital in Java (Indonesia). Doctors were forced to remove the top layers of skin and flesh to access the damaged tissue underneath. He spent five days in the hospital and had to use a catheter, but the doctors managed to repair the damage satisfactorily.

The professionals who attended the patient believe that his penis hits his wife’s perineum or pubic bone during “vigorous” intercourse. The type of injury was considered uncommon.

after chase: Police prevent dozens of people from looting boat with marijuana

The catheter was removed after 21 days and the patient was left with a slight curve in the penis and “had no serious complaints”. He was able to have sex again and go to the bathroom without discomfort.

Previous Robson Bambu loses space, and early departure enters the agenda at Corinthians | Corinthians
Next Olga Kurylenko stands out as a forensic scientist