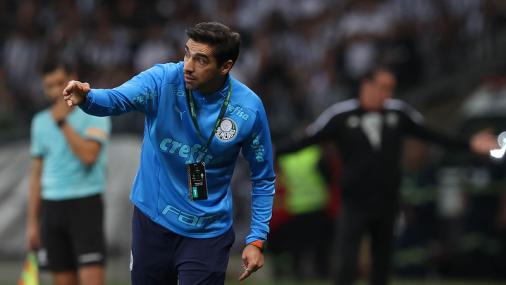 At a press conference after the Palmeiras draw 2-2 with Atlético-MG, in the Libertadores quarterfinalscoach Abel Ferreira spoke about the importance of a strong mentality in games like this, endorsed the good team they have and commented on the match played by the opponents.

> PERFORMANCES: Scarpa is accurate and gives “survival” to Palmeiras

TABLE
> Click and check out the complete Libertadores table and simulator!

– The result was the result of hard work by our players. They have a very strong competitive mindset and belief. It is a team that is successful because it knows that the maximum must be given. As a coach I accept any result if they try hard and give their best. Some factors can disturb us mentally. We scored a goal that was disallowed, soon after we committed a penalty and we came back from the break with the second goal. Our players have accepted that we cannot lose, regardless of the outcome. Giving in and not playing our way is unacceptable. The secret is to realize all this – said Abel, who added:

– In the second half we were better and got both goals. Their team is very qualified and invested heavily in recent years. But as long as my players deliver what they have, we are capable of anything.

The Palmeiras commander also admitted that Atlético were better in some moments of the game. For the Portuguese, the team coached by Cuca ‘had merits’ to come out with the victory.

In addition to valuing the opponent, Abel Ferreira also spoke about his own merits and analyzed the game in a more rational way, as his own motto says: ‘cold head, warm heart’.

– We play with a very qualified team. In the first half they didn’t let us play, they pressured us and reduced our space with a strong and aggressive marking. Atlético was better than Palmeiras in the first stage. I give credit to our opponent. We tried to get out and couldn’t. They are husky and have good players. The opponent has a good coach. Sometimes it’s not what I want to do, but what the opponent won’t let us do – said the coach, who went on to conclude:

– In all fairness, they played to win. They came on strong in the second half, with dynamics, with deep passes, showing how modern football is played. They opened 2-0 on merit. Our merit was keeping calm and realizing that we don’t have control over everything. Now it’s about appreciating what they did and what we achieved in the end.

The return game will take place on August 10, at 9:30 pm, at Allianz Parque, with an open spot for the semifinals.

Previous Mission: Impossible 7 | Director says the film will be more “down to earth”
Next House of the Dragon Crew was on high alert for Starbucks cups