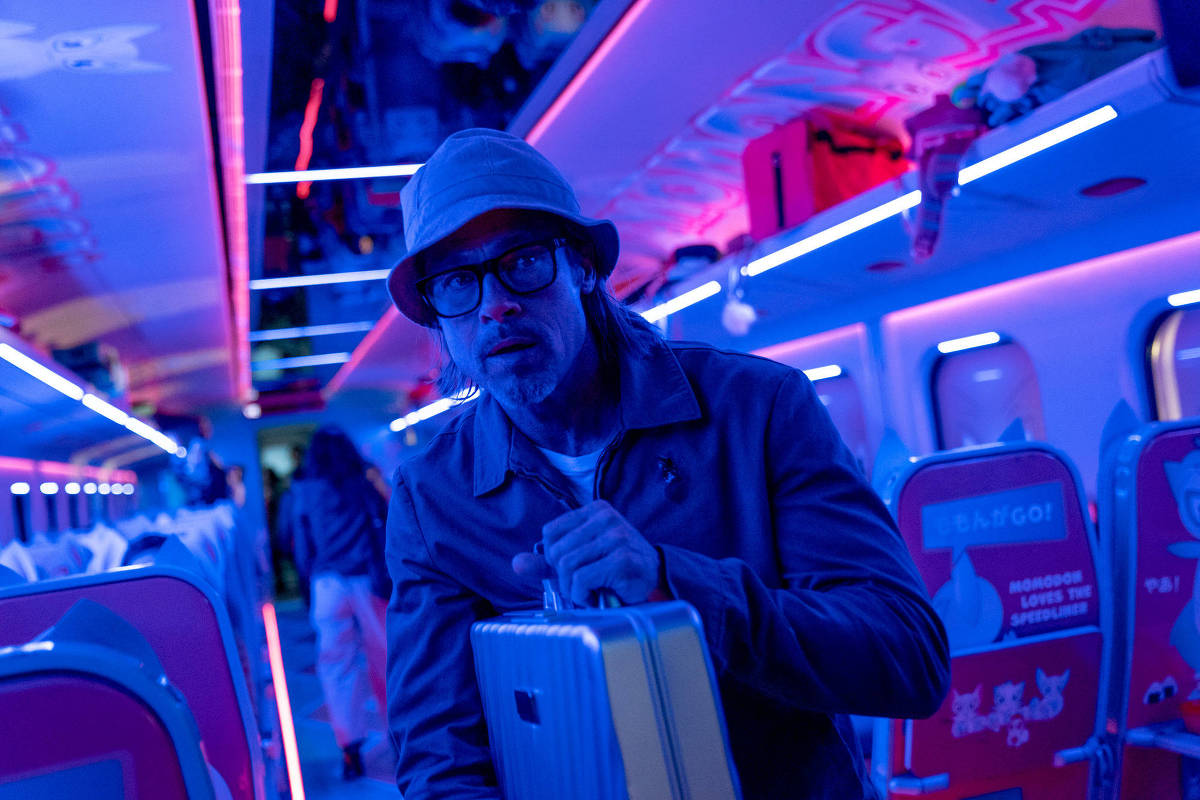 August is here, but the mood is still July vacation — at least in theaters. The first Thursday of the month has ten premieres in theaters in São Paulo, headed by the blockbuster “Bullet Train”, widely publicized for bringing Brad Pitt in the lead role.

The film, based on a bestseller by Japanese artist Kotaro Isaka, shows the star as an unlucky assassin who will have to face several other hired killers inside a train, in a plot that revolves around a mysterious suitcase. Directed by David Leitch, from “Deadpool 2” and “John Wick” — in fact, he was also Pitt’s stunt double in the past.

Premieres also include the French musical “Tralala”, with Mathieu Almaric playing a wanderer, the Canadian horror “Contagion Zero” and the thriller “Desparecidos”, also from France, with a plot that involves organ trafficking.

beyond the legend
The animation sheds light on the national culture with an adventure in which Curupira, Saci and Negrinho do Pastoreio are at risk because evil beings of Halloween want to destroy them. In a clash between popular culture in the United States and Brazil, everything takes place on October 31, which is both Halloween and Saci Day.

zero contagion
In this Canadian horror, two women struggle to escape an abusive relationship, but end up trapped in a hotel where a fatal virus is transmitted through the air. In hellish isolation, they will have to run for their lives.

missing
Here, the backdrop is organ trafficking, investigated by the South Korean police with the help of a French forensic scientist. What at first appears to be an isolated case of a mysteriously dead woman who appears without her liver, soon becomes an intrigue involving major criminals.

Suddenly drag
Tired of the sameness and not having his work respected, a journalist discovers evidence of a human trafficking scheme when he meets a drag queen. She disappears and, to investigate the case, he will have to go undercover in this universe and learn the rules of this world.

The Speaker
In this comedy, Fábio Porchat plays a straight man who hates his own life, has just been fired and is abandoned by his wife. Until he decides to impersonate someone else: a motivational speaker who belches clichés and ends up falling in love with an aide who can barely imagine his true identity.

platform
The director of “Meu Corpo É Político” and “Eleições” now records a family of Bolivians who settle in São Paulo and are forced to work exhaustively. The documentary contrasts their distance from Pachamama, the goddess of indigenous culture in the Andes region, and their approach to the title’s “Platamama”, a kind of divine utopia invented by capital, in a play on the word “plata”—or money.

Who’s Afraid?
This feature, shown at the É Tudo Verdade festival, creates reflections on the political rise of the right in Brazil and its effects on art, especially with cases of censorship and limiting the horizons of artists.

shoe 36
Another documentary, the film shot in the city of Recife starts from a simple record of lowland football in the Santo Amaro neighborhood. From the players, he delves into their stories, dreams, challenges and rescues the journey of famous names that started there, such as Mauro Shampoo and four-time world champion Ricardo Rocha.

tralala
A street singer played by Mathieu Almaric is visited by a young woman he believes to be the Virgin Mary, who recommends that he take a different role in her life. In these wanderings, a woman ends up believing that he is his son, missing for decades — and then the singer ends up thinking it possible to live under the lost boy’s skin. The strange musical is the new film by brothers Arnaud Larrieu and Jean-Marie Larrieu, already known on the art circuit.

Bullet train
Starring Brad Pitt and directed by a former stuntman of the actor, David Leitch, from “Deadpool 2”, the blockbuster bets on frenetic action inside the Shinkansen, the Japanese bullet train. In the case, a troupe of assassins dispute a mysterious suitcase inside the vehicle.

Previous 12-year-old girl escapes captivity in the US by gnawing on ropes that held her
Next Atlético forgives, and Scarpa rescues Palmeiras almost alone – 03/08/2022