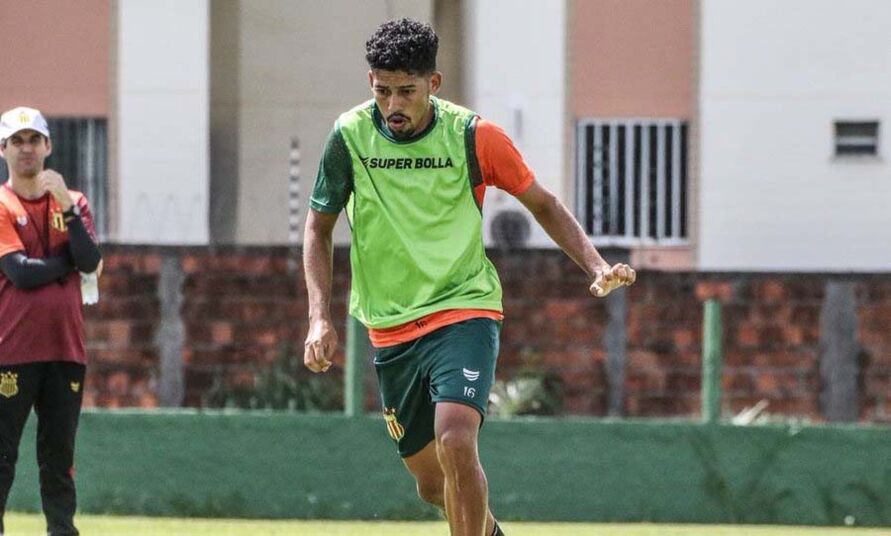 Clube do Remo confirms agreement with Soares for Serie C

With just a few hours to go before the deadline for registration of new athletes in the C Series of the Brazilian Championship, Clube do Remo literally ran against time to make its last hire, aiming at the next games, which are decisive for the Azulino future in the national competition.

According to information already provided by the DOL, the football department of Leão Azul Paraense was in advanced negotiations to have the 24-year-old midfielder Soares, who last played in Serie B for Sampaio Corrêa-MA. And after a definition between the parties, on the afternoon of this Wednesday (03), through Leão’s social networks, the hiring of the athlete was made official.

Goalkeeper and striker can debut for Clube do Remo

Born in Caucaia-CE, Soares is 24 years old and was playing in the Brazilian Series B Championship for Sampaio Corrêa. The athlete has stints in Caucaia, Verdes Mares, Atlético Cearense and Vitória.

The new midfielder also has his name registered in the Daily Newsletter (BID) of the Brazilian Football Confederation (CBF). In this way, he will be able to make his debut against Aparecidense-GO. To the official website of Azul, Soares spoke about the new challenge in his career.

“Happy and motivated to wear the Clube do Remo shirt. I hope to help Remo achieve his goals”, he said.

Having an employment relationship with Atlético-CE, Soares accumulates spells in Caucaia-CE, Vitória-BA (where, in 2021, he played 44 games, scored 6 goals and made 2 assists) and finally at Sampaio Corrêa (where he was in field over 26 matches, scored 2 goals and had 1 assist). With the arrival of Soares, Clube do Remo ends the hiring cycle for the competition.