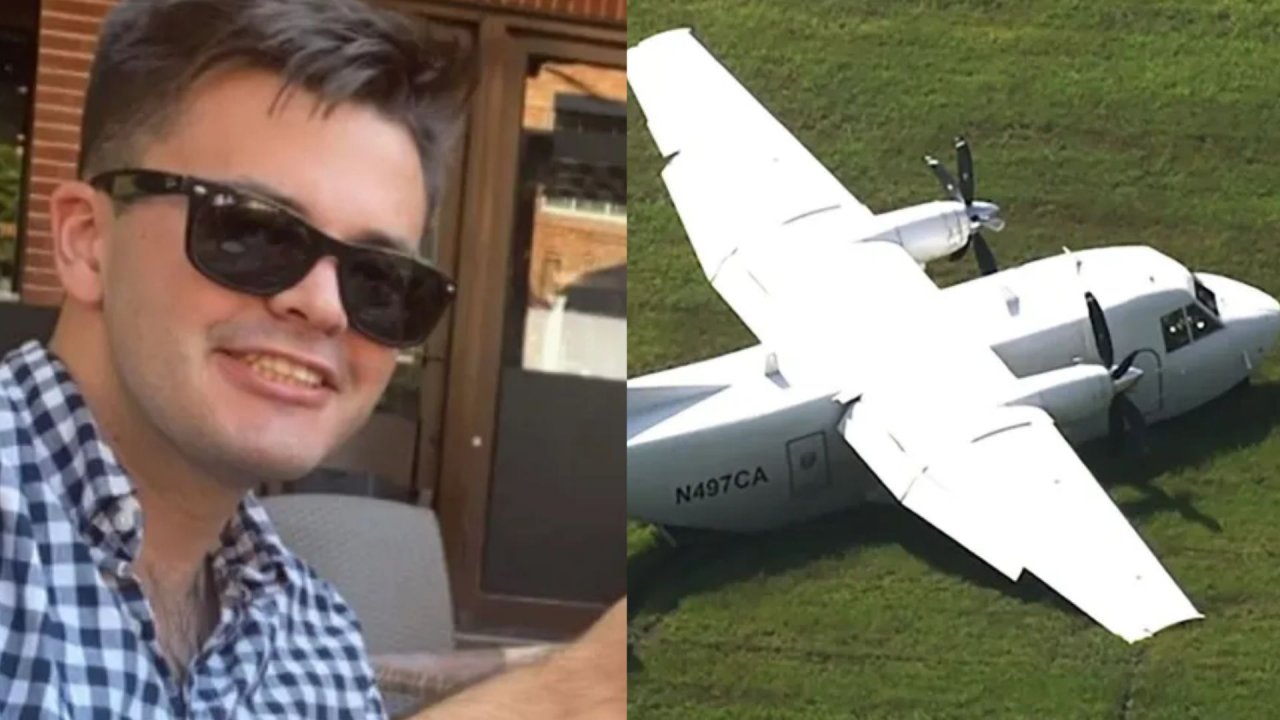 Copilot dies jumping out of plane before emergency landing, call after incident is publicized: “Craziest thing ever”; listen up

A co-pilot who was aboard a plane died after leaving the aircraft mid-flight. The case happened shortly before the vehicle made an emergency landing at Raleigh-Durham Airport in North Carolina, United States. This Wednesday (3), TMZ released an audio that shows the emergency call made by two employees of the Federal Aviation Administration (FAA) – the body responsible for regulating civil aviation in the country – after learning about what happened.

In the log, one of them gives details about the accident to the North Carolina emergency dispatcher who answered the call. “It’s from Raleigh Airport… We have a pilot who was arriving at the field. His co-pilot jumped out of the aircraft. He fell and here are the coordinates”said.

The official said that Charles Hew Crooks, 23, “jumped without a parachute, so he must have impacted the ground.” “I’m sure the pilot will be shaken. I have no idea. He literally just said, ‘My pilot just jumped’. I think at this point all we can do is recovery. I don’t know. I don’t know. This is the craziest thing ever.”he added. Listen to the audio below:

According to TMZ, the call was made so that local authorities could retrieve the body, which was found in the town of Fuquay-Varina, about 24 kilometers from Raleigh. Wake County Emergency Management Spokesperson Darshan Patel said a resident alerted officers that he heard something in his backyard.

The twin-engine CASA CN-212 Aviocar made an emergency landing and landed on the grass. The airport spokesperson stated that although two people were on board during takeoff, only the pilot was on the aircraft upon arrival at the final destination. Confirm the video of the moment of landing:

The pilot, whose name has not yet been released, was taken to hospital with minor injuries, but was discharged the same day. The FAA and the National Transportation Safety Board are now investigating whether Charles jumped or fell from the aircraft, and what may have caused the accident.

A herd of cows has gained a new member a as far as unlikely. It’s …