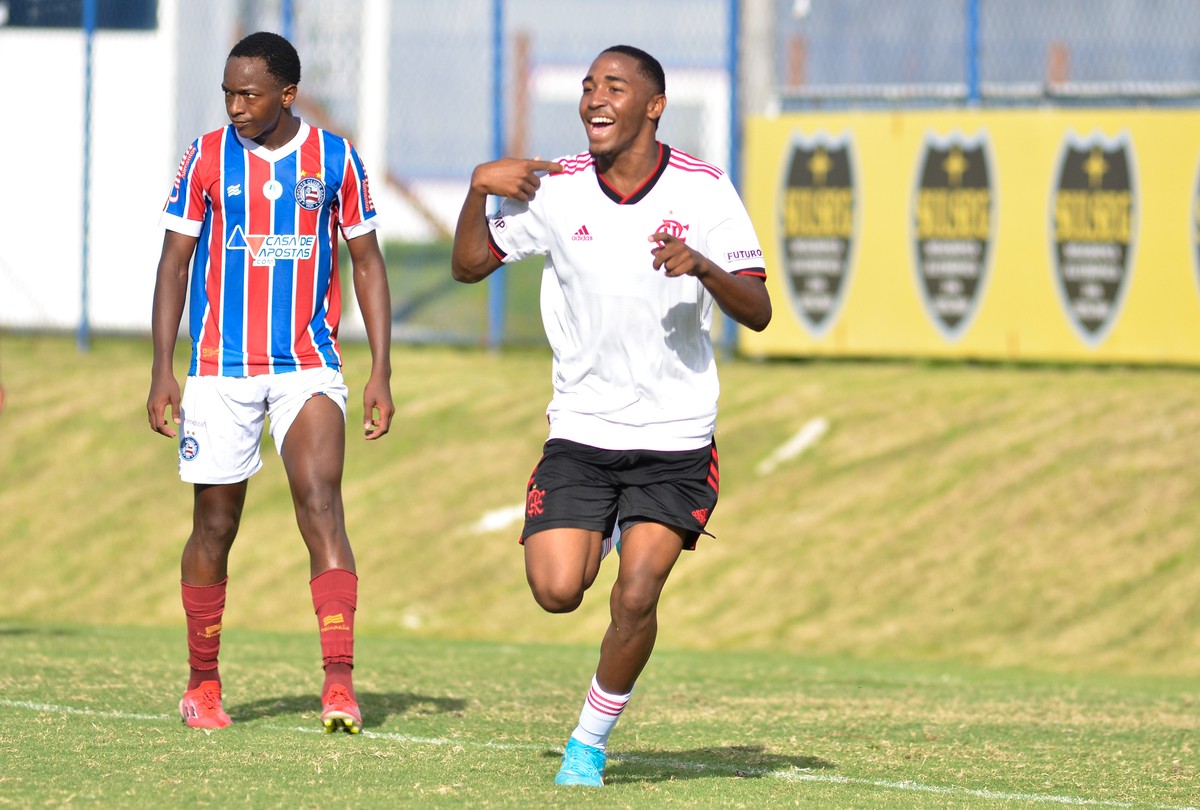 Lorran opened the scoring for Flamengo in the 38th minute, after a great move by Jonathan, who started on the left and crossed in the measure for shirt 10 to score. At the end of the first half, Bahia tied with Thiago, who kicked from outside the area.

In the second half, at nine minutes, Bill came face to face with the Bahia goalkeeper, who made a good save, but on the rebound, Jonathan kicked the ball with the first shot and scored Flamengo’s second. At 16, Bahia was one less, after defender Luan was sent off for receiving two yellow cards. In the free kick, in the next move, Lorran crossed in the area, Iago straightened his head and Carbone widened. To close the score, Felipe Lima took advantage of a blunder from Bahia’s defense and turned the victory into a rout.

The championship will be divided into four phases. In this first one, the 20 clubs were separated into two groups and will play nine games each. Then begins the knockout phase, with the quarterfinals, semifinals and final. Flamengo and Bahia are in group B.

Flamengo’s next game in the Brazilian Under-17 is the classic against Botafogo, on Wednesday (10), in Gávea, at 3 pm. Bahia faces Atlético-MG, in Minas, also on the 10th, at 15:00, at Estádio das Alterosas.

As Vascaino.net has been publishing for a few weeks: Vasco is already mapping reinforcements even …