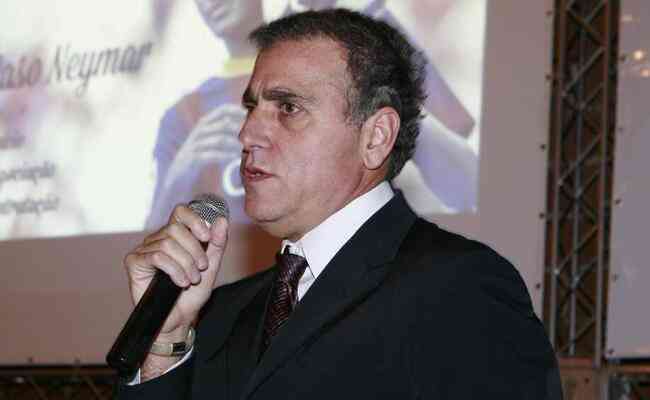 Galo: Cury notifies company to withhold R$ 64 million from the purchase of the mall

Atlético runs the risk of not receiving the full amount (R$ 340 million) from the sale of 49.9% of Diamond Mall, located in the Center-South region of Belo Horizonte. This is because Multiplan, the company that already held the other 50.1% of the mall, was extrajudicially notified by businessman André Cury, so that more than R$ 64.2 million will not be transferred to Galo.

Link Assessoria Esportiva e Propaganda Ltda., Cury’s company, requires Multiplan to pay the club’s debts with the football agent. The amounts refer to 28 lawsuits filed by the organization against Atlético in relation to commissions on player negotiations.

O supersports had access to the notification sent by Cury to Multiplan. In it, the businessman alleges that the alvinegro club does not deny, in any of the actions, the merit for providing the company’s services.

The only point of disagreement between the parties is in the values ​​of the processes. Galo disagrees with the date of conversion of foreign currency, the incidence of interest and monetary correction.

Finally, André Cury’s company promises to take legal action to ensure that R$ 64.2 million of the total value of the mall’s sale is not passed on to Atlético.

“If the notified does not reserve the values ​​and or deposit it in court, fraud against creditors may be characterized in the future, responding for the credits due to the notifier”, he began.

“In addition to everything that is now presented through this extrajudicial notification, judicial measures will be taken to preserve the right of the notifier, with the notified being already aware of the future consequences in the event of the acquisition of the 49.9% of the share applicable to Clube Atlético Mineiro. “, finished.

Atlético recognizes the debts with Cury, but disagrees with the amounts charged by the agent. The club argues about the date of conversion of foreign currency, as well as the incidence of interest and monetary correction in the processes.

Atlético’s biggest debt with the businessman concerns defender Frickson Erazo, who played for Galo between 2016 and 2017. The agent charges more than R$ 11 million in commission for hiring the defender. The debt for Lucas Pratto is the second most expensive on the list: R$ 6.7 million.

Cury also charges the club for two of the current players in the alvinegro cast. There are debts related to the signings of left-back Guilherme Arana, in June 2021, and striker Eduardo Vargas, in November 2020. The combined debts amount to R$ 8.5 million.

Atlético agreed to sell 50.1% of the mall this Tuesday (2). “Multiplan Empreendimentos Imobiliários SA informs its investors and the market in general that it has exercised its preemptive right in the acquisition of the remaining 49.9% interest in the Diamond Mall shopping center, currently held by Clube Atlético Mineiro, increasing its interest to 100 %.”, reads the statement.

The payment of the R$340 million will be made as follows: R$136 million in cash and the R$204 million divided into 12 equal and successive monthly installments, indexed to the Broad National Consumer Price Index (IPCA).

The purpose of the business is to reduce black-and-white debts, especially those with short-term payments. In 2017, Atlético had already sold 50.1% of the Diamond to Multiplan for BRL 250 million as a way to make the construction of the MRV Arena feasible.

The club had been presenting to the board members several studies to show that the sale of the Diamond Mall is a solution for the club to reduce onerous debts. Last year, Galo paid around R$ 87 million in interest.

Interest is on debts involving bank loans, labor and agent agreements. In a recent study sent to the board members, Atlético highlighted that the sale of Diamond Mall is part of the club’s financial recovery plan.

Previous The House of the Dragon won’t show sexual violence like it did on Game of Thrones – News Seen on the web
Next But already? Vasco’s new reinforcement account has already achieved main career goal