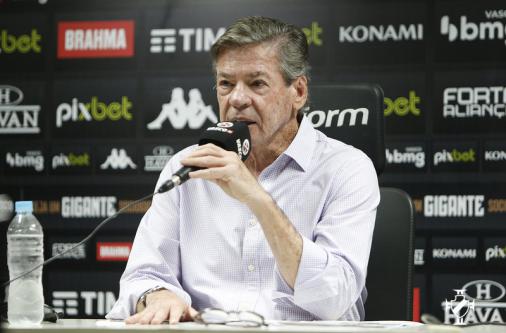 the novel of Vasco SAF wins another chapter. This time, club members appealed to the decision that released the club from displaying the contracts entered into with 777 Partners. The Vasco residents ask the judge to withdraw and order Cruz-Maltino to show the documents to the group, under penalty of search and seizure and a fine of R$ 1 million for President Jorge Salgado.

– The immediate display (within 24 hours) of documents related to the constitution of Vasco da Gama Sociedade Anônima de
Futebol (SAF), copies of which must be provided to the appellants upon signature of the confidentiality agreement proposed by the CRVG itself, under penalty of search and seizure and a fine of R$ 1,000,000.00 to the President of the Club – ask the members, who consider that the club’s managers are lying to the fans:

– The CRVG leaders have told the facts in half. More than that, as was said on those occasions, the current representatives, with half-truths and whole lies, have been manipulating partners, fans and society in general – they claim, in the refusal.

The Extraordinary General Meeting (AGE) on the sale of SAF to 777 Partners. is scheduled for this Sunday. It is worth noting that so far the winds are blowing in favor of Vasco. The club understands itself legally supported with decisions given in the second instance, which release the club from displaying the contracts. The board has mentioned that secrecy is a requirement of the US company, not the São Januário club.

-> Check the table of Serie B of the Brazilian Championship

Previous With Oscar, Flamengo reaches six players who competed in the World Cup
Next Clube do Remo confirms agreement with Soares for Serie C