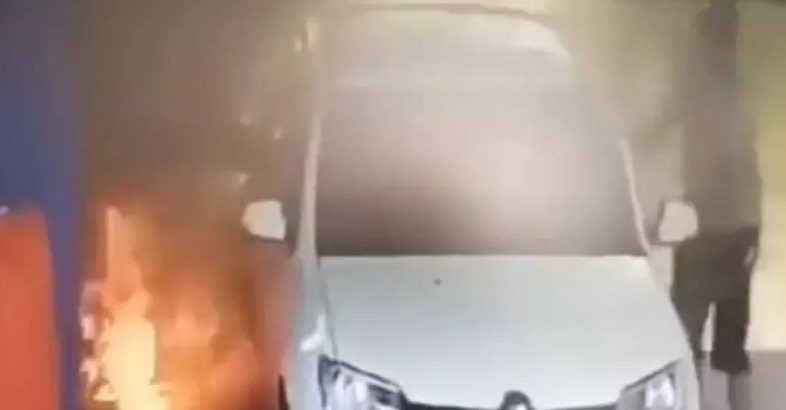 In a matter of seconds the place went to hell, with the flames spreading dangerously.

On fire and not knowing what to do, he began to run back and forth in blind panic. Then the man ran to get into the passenger side of the car in order to slide into the driver’s side and get the vehicle out of there. He stomped, left, but came running back moments later with a fire extinguisher.

Since then, social media users have shared the clip, which already has more than 265,000 views. As a result, the man became a laughing stock for the idiotic incident.

A driver lit a cigarette while filling up his car at a gas station in Chelyabinsk, Russia, without realizing the risk it would create. pic.twitter.com/esc5ZHfbdW

— It happened in Joinville (@aconteceuemjlle) August 2, 2022