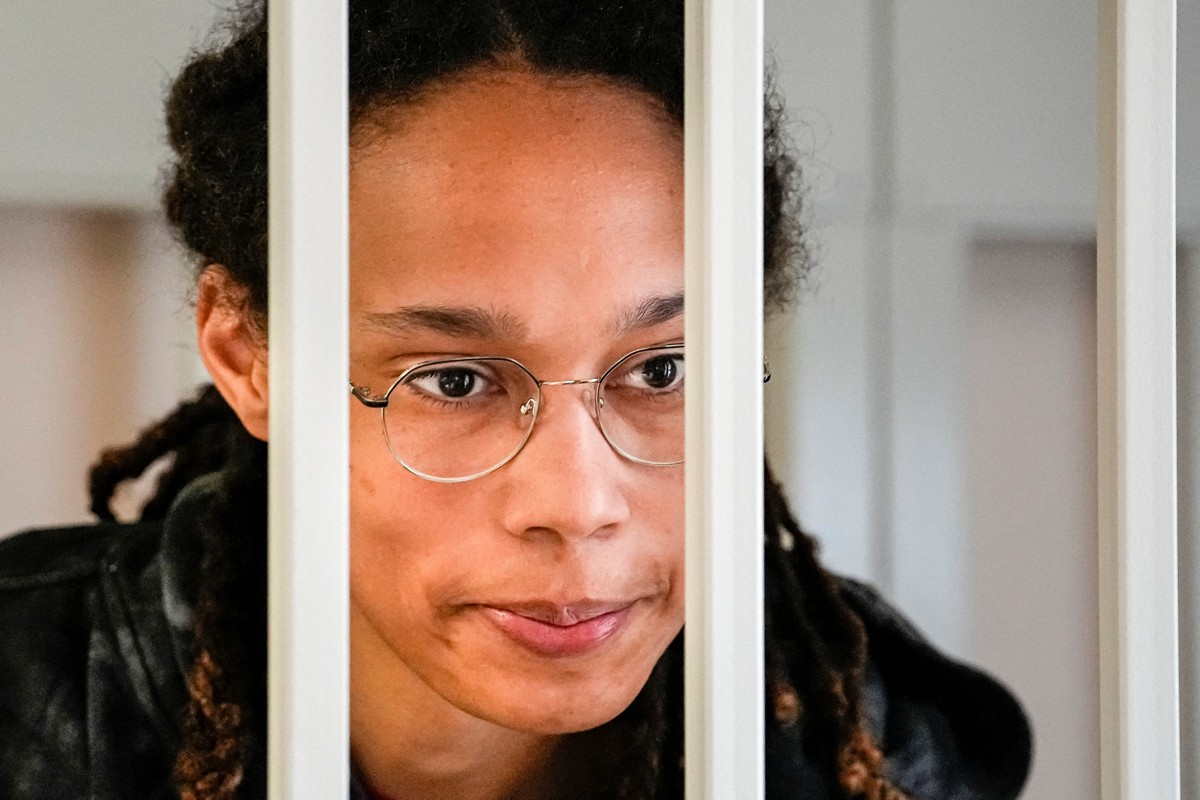 Brittney Griner in the dock, surrounded by bars – Photo: Reuters

Official statement from the WNBA and NBA about the Griner case — Photo: Reproduction / Twitter

The leagues’ statement further states that, despite the expected sentence, Griner is wrongfully imprisoned. The two institutions (NBA and WNBA) further stated that they are committed to bringing Brittney back to the United States safely.

– WNBA Commissioner Cathy Engelbert and NBA Commissioner Adam Silver issued a statement on Brittney Griner: Today’s verdict and sentence is unjustifiable and unfortunate, but not unexpected and Brittney Griner remains wrongfully detained. The WNBA and NBA remain committed to her safe return and it is our hope that we are near the end of this process of finally bringing BG home to the United States.

Griner has been detained in Russia since February for carrying a cannabis derivative in liquid form, authorized in most parts of the US but banned in Russia. Despite her pleading guilty, Griner claims the action was unintentional. The United States is trying to negotiate a prisoner exchange involving Griner.

The Phoenix Mercury player played in Russia during the WNBA offseason. Her last official match for Ekaterinburg was on January 29th.

Previous 4,451 vacancies for IT Technician
Next City Hall starts programming of film screenings at Cine Teatro