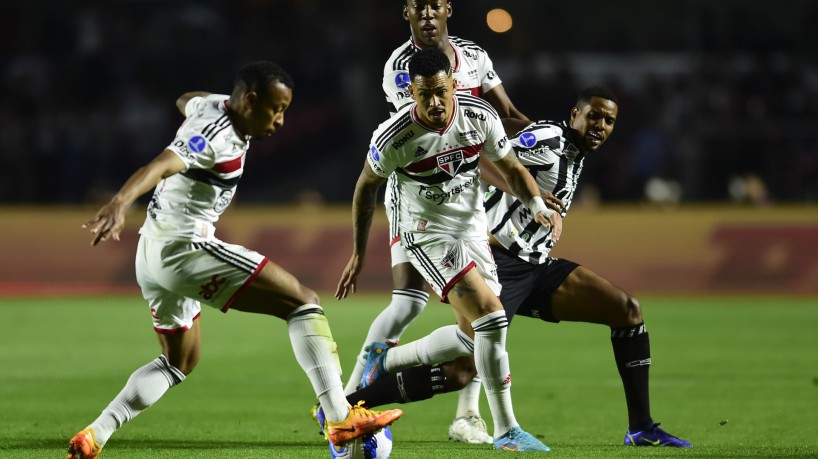 Ceará will write this Wednesday, 3rd, the beginning of another chapter of the historic journey that the team has played in the Copa Sudamericana. After winning all eight previous games, Vovô has a new challenge: São Paulo, for the quarterfinals of the competition. The first confrontation between the teams takes place at 19:15, in Morumbi (SP). Follow the broadcast of the game with narration from Radio O POVO CBN.

Lineups of São Paulo and Ceará

How São Paulo and Ceará arrive for the game

For the match, coach Marquinhos Santos will have five confirmed absences. Left-back Bruno Pacheco, midfielder Rodrigo Lindoso and forwards Matheus Peixoto and Dentinho remained in Fortaleza and are out of the game. Colombian Jhon Vásquez, having been registered in the knockout phase of Sula by his former club, Deportivo Cali, cannot play for Vovô in the current edition of the tournament. Luiz Otávio, who felt discomfort last Saturday, is doubtful.

On the São Paulo side, Rogério Ceni should not have at least seven field players, who are assigned to the medical department: defenders Arboleda and Reinaldo; Patrick, Alisson and Luan socks; and strikers Caio Matheus and André Anderson. On the other hand, Tricolor will have the trump card in their favor, since more than 47 thousand tickets were sold in advance.