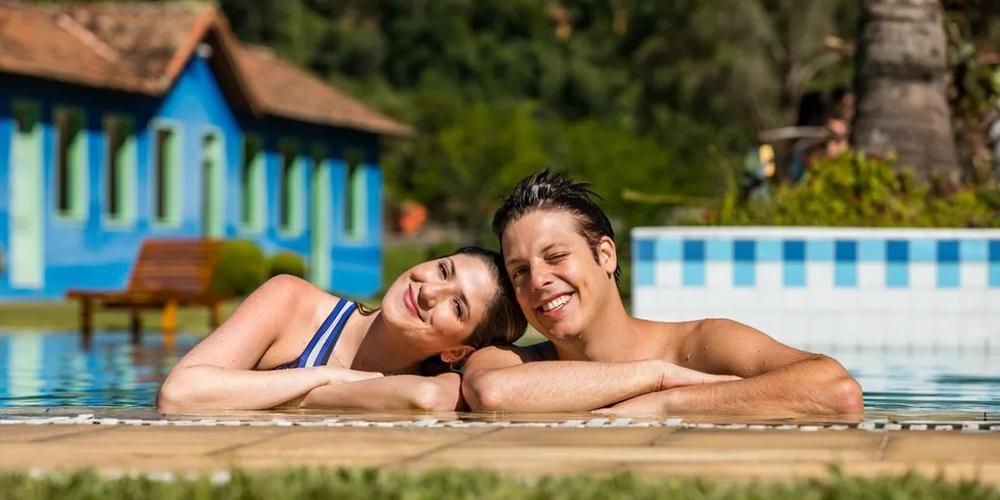 The cinemas should divide the audience in the coming days between fans of comedians Fábio Porchat and Dani Calabresa and those who prefer Hollywood action production. After all, the national comedy “O Palestrante”, which brings together two of the main names in the Brazilian comedy scene, and the blockbuster “Trem-Bala”, an adrenaline-filled feature film starring Brad Pitt and Sandra Bullock.

The idea for the script for “O Palestrante” came from Fábio Porchat, who is co-writer of the production alongside Claudia Jouvin and also the protagonist of the film. The story follows accountant Guilherme, a man with no prospects who, after a dismissal, taken by an impulse, assumes the identity of another person who he discovers is a speaker hired to motivate the employees of Denise’s (Dani Calabresa) company. In order to keep the role, he will get into a lot of mess and confusion.

Although the two comedians are quite relevant to current Brazilian comedy, it is the first time that Porchat and Calabresa work side by side in front of the cameras of a film. The duo, who are romantic partners in the film, have a friendship that has lasted more than 15 years and seeks to bring this harmony to the screen. In addition to the couple, the production also features actors and comedians such as Antonio Tabet (from the channel “Porta dos Fundos”), Otávio Muller, Paulo Vieira, Rodrigo Pandolfo, Leticia Lima and Maria Clara Gueiros. The direction is by Marcelo Antunez (from “Até Que a Sorte Nos Separe 3”).

On the other hand, those who prefer adrenaline can choose a “Bullet Train” session. The production draws attention to the stellar cast headed by Brad Pitt, at the height of his 58 years, making elaborate fight scenes. Sandra Bullock, Brian Tyree Henry (“Eternals”), Joey King (“The Kissing Booth”), Aaron Taylor-Johnson (“Avengers: Age of Ultron”), Michael Shannon (“It Was Only a Dream”) “), and singer Bad Bunny. The film still has surprise cameos.

The screenplay by Zak Olkewicz (who wrote “Rua do Medo: 1978”) is based on the book of the same name by Kotaro Isaka and features the unlucky fifty-year-old hitman, known only by the codename Ladybug, trying to “just do his job quietly”. When things get out of control, he ends up facing 11 lethal assassins inside the bullet train that gives the film its name and is crossing Japan.

It is from this mixture of wild action and acid humor that the film unfolds under the direction of David Leitch, a filmmaker who has a lot of experience in the genre. Responsible for “Deadpool 2”, “Atomica”, “Fast and Furious: Hobbs and Shaw”, he is most acclaimed for having made the first feature in the series “John Wick”, with Keanu Reeves, who redefined action cinema in the last years. years old. In this, which is his most ambitious project, the director uses the charm and charisma of his cast, the big budget and the script inspired by a literary bestseller to create an impact movie. If it does well at the box office, “Bullet Train” – which already hints at a sequel with a post-credits scene – could kick off a new action franchise in theaters.