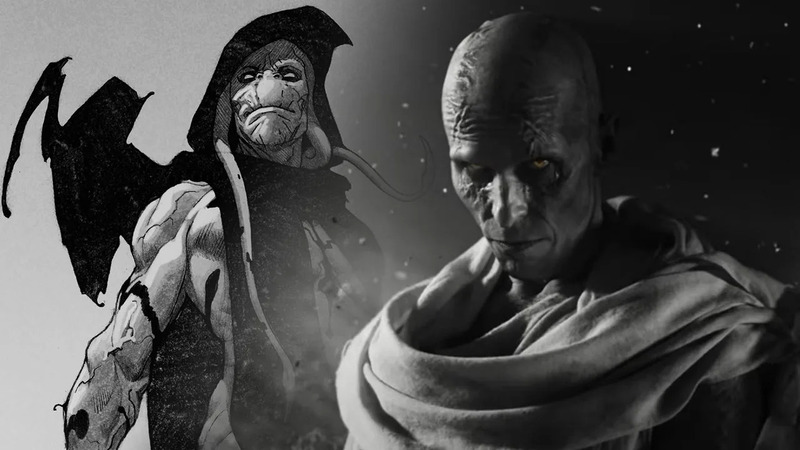 ‘Thor: Love and Thunder’: Gorr almost looked true to the comics; Check out the concept arts!

When the skin of Gorr the Butcher of the Gods was revealed (Christian Bale), in ‘Thor: Love and Thunder‘, the villain was compared to Voldemort (villain from ‘Harry Potter‘) and the film’s antagonist ‘the nun‘.

Also, some fans were uncomfortable with the result, which is quite different from the comic book version.

It turns out that the first concept art of the version live action show a more faithful appearance to the source material, including the villain’s tentacles and the absence of the nose.

In other images, he already appears with a nose and a more humanoid face, indicating that the production was already inclined to discard the original look.

The images were published on the artists’ Instagram Jackson Sze and Aleksi Briclot.

In an interview for the IGNthe director Taika Waititi said that it was precisely the similarity between Gorr and Voldemort that made him opt for the change in appearance:

“Unfortunately, his face in the comics somewhat resembles Voldemort’s. So I thought, ‘people will automatically make that connection’. So we decided to move away from that design and kind of keep more human elements, and the fact that he uses a sword. Also, his story was the thing that mattered most to us, not his looks.”

“Taika Waititi wanted to avoid comparisons between Gorr and Voldemort, so they decided to change the design of the Butcher of the Gods.”

Taika Waititi wanted to avoid people comparing #hat to Voldemort, so they decided to change Gorr’s design in the movie. #ThorLoveAndThunder pic.twitter.com/sepAnGyiww

Remembering that the film is still showing in theaters.

The cast is also made up of Jaime Alexander (Lady Sif), Jeff Goldblum (Grand Master) and Russell Crowe (Zeus).

Previous RTX 4090 May Be Nvidia’s Fastest Card, Indicates Leakage | plates
Next Speculated in Fluminense and Botafogo, Marcelo surprises and defines the future in football