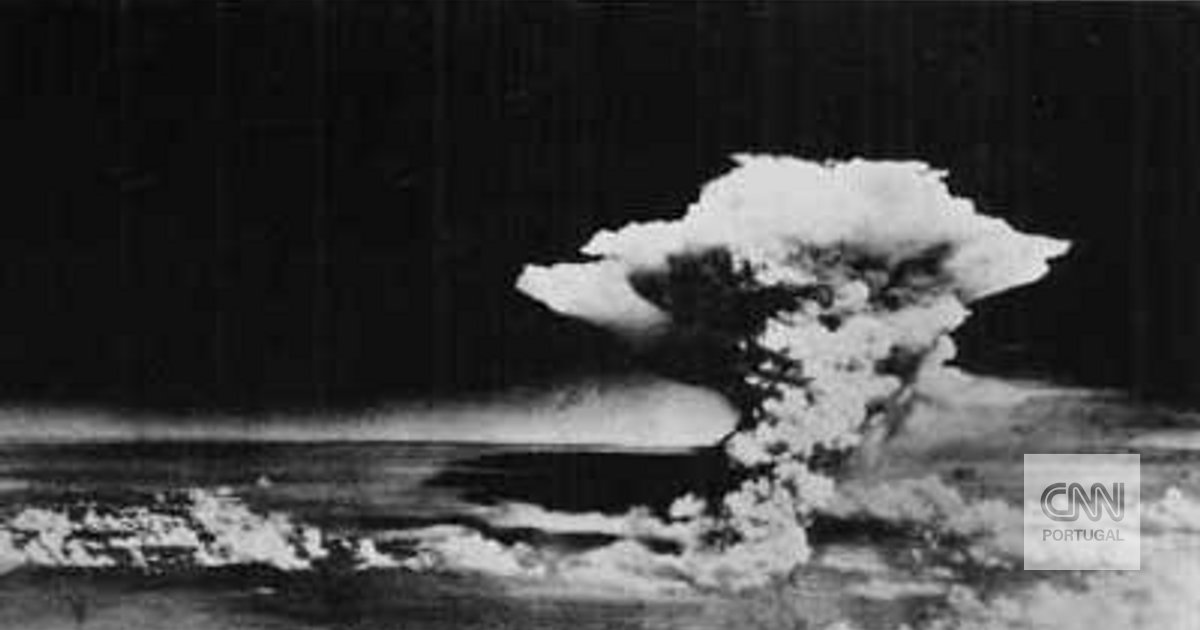 To a nuclear holocaust miscalculation (Opinion)

David A. Andelman, CNN contributor, two-time Deadline Club Award winner, is a knight of the French Legion of Honor, author of “A Red Line in the Sand: Diplomacy, Strategy, and the History of Wars That Might Still Happen ” and blogs at Andelman Unleashed. He was previously a correspondent for The New York Times and CBS News in Europe and Asia. The opinions expressed in this comment are your own.

United Nations Secretary-General António Guterres can hardly be considered a global figure given to panic, or even hyperbole. But he rarely seemed to be so afraid.

“Humanity is just one misunderstanding, one miscalculation away from nuclear annihilation,” Guterres said this week. The way he, and a growing number of those who think deeply about nuclear issues and their consequences, look at it , the world is plunging headlong into potential Armageddon, with little regard for the consequences of your actions, or your inaction.

The President of the Chamber [de Representantes dos EUA], Nancy Pelosi appears to have paid little heed to such fears, as she happily forged ahead with her visit to Taiwan in the face of dire warnings from the leadership of mainland China, whose arsenal of 350 nuclear weapons lies just across a strait. And this in the context of Russian President Vladimir Putin’s bellicose words and actions on Ukraine, and Kim Jong Un’s constant nuclear rhetoric and actions in neighboring North Korea.

Guterres’ fears, of course, were broader and deeper than this single Asian flashpoint. He was addressing a world conference of nations that have signed the Treaty on the Non-Proliferation of Nuclear Weapons – a meeting delayed two years due to the Covid-19 pandemic.

Signed on July 1, 1968 by 93 nations, and in force two years later, the treaty now has 191 adherents. However, it never felt more vulnerable, if not more relevant, than it does today.

The context, as Guterres noted, was that this year’s conference – the 10th since its signing – “takes place at a time of nuclear danger not seen since the height of the Cold War.”

Indeed, the very foundations of global security that have effectively ensured peace since the explosion of the “Fat Man” plutonium device – the last ever detonated in battle over Nagasaki on August 9, 1945 – have been deeply eroded.

The United States was, and remains, the only nation that ever detonated a nuclear weapon in a war. The Soviet Union tested its first device four years later.

In July 1959, then French President Charles de Gaulle sent Count Alexandre de Marenches, co-author of the book “The Fourth World War”, to Washington to ask American President Dwight Eisenhower to give France the secrets that would allow the French to join the nuclear club. Politely but firmly, Eisenhower declined.

Still, in less than a year, France had exploded its first nuclear device, eight years after the British.

Russia was already on its way to equalizing this balance. By the early 1960s, the Kremlin had deployed the first of what would become an arsenal of more than 3,000 nuclear weapons in Ukraine, where some of the first steps towards a Soviet bomb had been taken at Ukrainian institutes located in the now deeply disputed cities of Kharkiv. and Donetsk. More Soviet weapons then found their way to Belarus and Kazakhstan.

In the mid-1960s, on the western side of the “Iron Curtain”, there were three nuclear powers (USA, Britain and France) and on the eastern side, four states with ostensible nuclear weapons, although fully controlled by the Kremlin. Effectively, there were only two nuclear blocks.

There are many who look back on the good old days of nuclear confrontation – and with good reason. Each side has, for decades, possessed enough nuclear weapons – up to 41,000 for the USSR and 31,000 for the US at their respective peaks – to have completely obliterated the other side, not to mention all life on Earth. This led to the concept of Mutually Assured Destruction (MAD).

Since then, arms control agreements have dramatically reduced the size of these arsenals – to levels still capable of incinerating the earth, but without reducing much of the tension. While arsenals have declined since the Cold War, the number of nuclear-armed countries has proliferated.

How is it at all possible to have MAD when you have nuclear weapons in the hands of nine powers? (The countries in question are the USA, Great Britain, France, Israel, Pakistan, India, Russia, China and North Korea). Within this group of nations, there are mutually assured pockets of destruction. About 93% of all 13,900 nuclear weapons in the world are still controlled by Washington and Moscow.

To some extent, MAD theory prevails there, and indeed the prospect of mutually assured destruction encompasses a good deal of what has deterred Pakistan and India from pitting their arsenals against each other during any of the three Indonesian wars. Pakistani forces, or in other regular clashes across their disputed borders.

A wider threat, however, has expanded. How likely is it that, given some existential challenge, Russia or even China, which joined the nuclear club in 1964, might not use a weapon of its own? Certainly, Russia has issued such a threat in Ukraine. Just weeks before its invasion of Ukraine, Russia carried out maneuvers with nuclear units, while Putin announced that his nuclear deterrent forces were being placed on a “special alert regime”.

And then there are the peripheral nuclear powers. While most of the world has been worried about Ukraine, Taiwan and the terrorist leaders in Afghanistan, North Korea has continued to launch missiles and threaten new rounds of nuclear tests. On Victory Day last month, Kim Jong Un warned that he was “ready to deploy” his nuclear deterrent.

Finally, we are potentially just weeks away from a new round of climbs, this time involving Iran. Although the Secretary of State [dos EUA] Antony Blinken has embraced a return to the conference table to restore the nuclear deal that was holding back Iran’s headlong rush to a nuclear weapon, there is little real evidence that Iran is willing to agree.

Indeed, on Monday, the Biden administration unveiled a new round of sanctions aimed at “illicit” support for the Iranian oil industry, which is already under crushing sanctions. And there are indications that the “escape time” – the time it takes for Iran to produce enough fissile material for a nuclear weapon – has shrunk to almost zero.

If Iran tests or even displays the ability to test a nuclear weapon, its arch-enemy Saudi Arabia has already indicated that it will do everything in its power to use its own weapon. Indeed, it has fostered close ties with Pakistan’s nuclear programs and with China, whose appetite for foreign sources of oil knows few limits.

It is not surprising that the UN Secretary-General has become so pessimistic. The speeches that followed his opening of the non-proliferation conference seemed ill-timed to return the genie to its nuclear bottle.

Blinken charged in his speech at the same conference that Russia is “engaged in a reckless, dangerous nuclear saber” in Ukraine, while North Korea “prepares to conduct its seventh nuclear test”. And as for Iran, “it remains on a path of nuclear escalation”.

“Escape from the logic of fear,” concluded Blinken, should be the most immediate mission of all nations that have agreed to contain the proliferation of nuclear weapons.

Somehow, though, an even more worthy goal might be for the world to find a way to go back in time, from 2022 to 1962 or even 1982. These were terrifying years when, innocently enough, we practiced weekly exercises of sheltering under the our little wooden desks in kindergarten and we dug emergency shelters in our backyards against an imminent nuclear attack.

But these very real and immediate threats led the evening news, consumed global dialogue, motivated every action by every world leader who understood that nuclear weapons were, and should be, at the top of priorities. They are no longer. 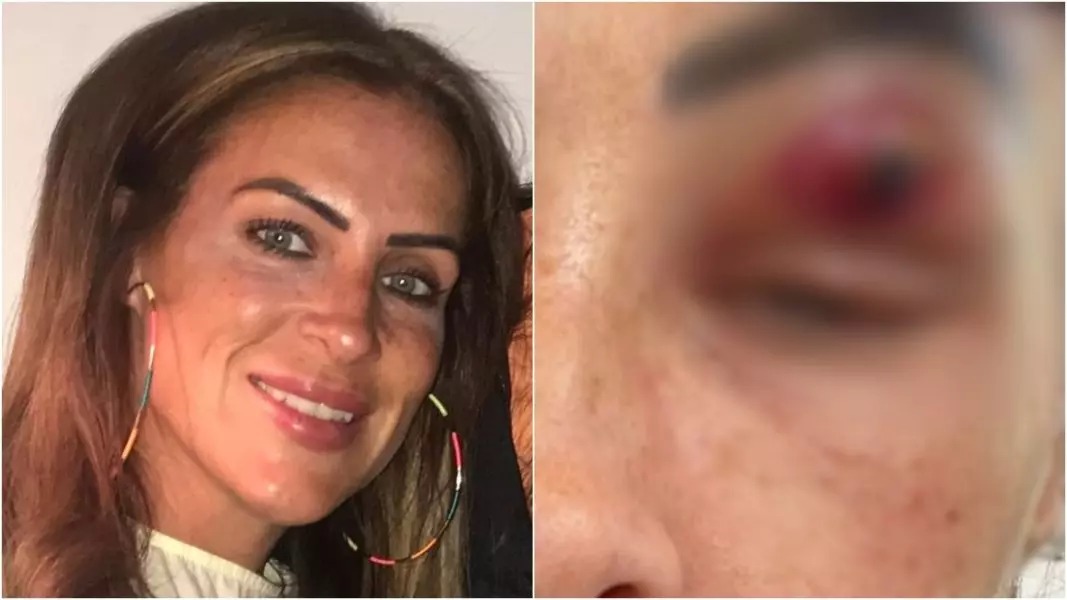 After feeling pain and going to the hospital, woman makes a frightening discovery; see the images 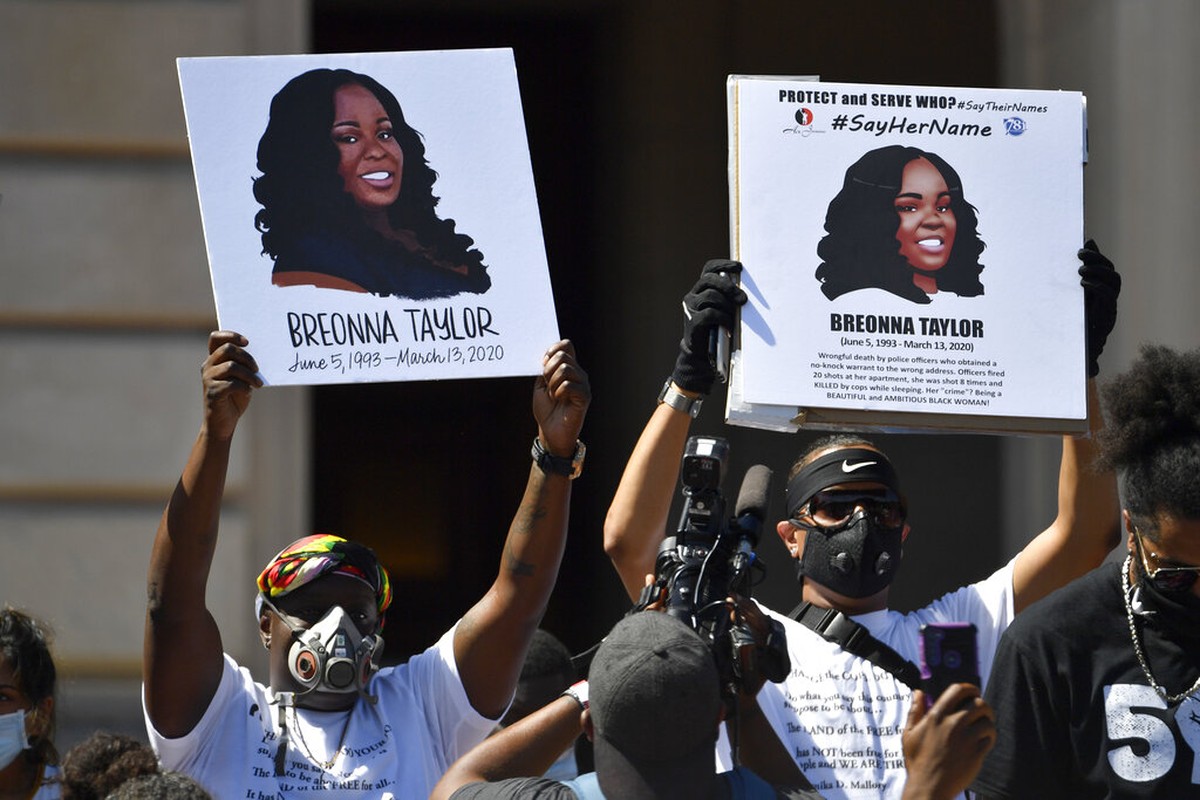 US government accuses 4 police officers of murdering Breonna Taylor, an African-American woman killed in her own apartment | World 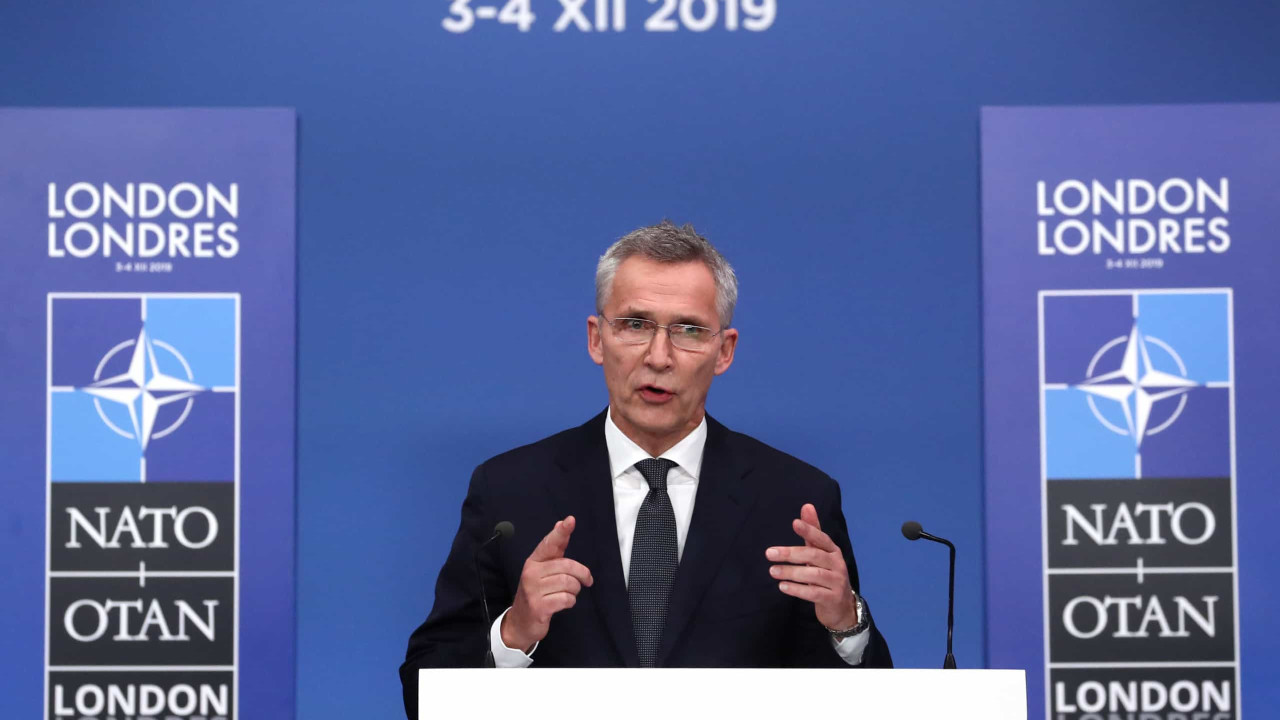 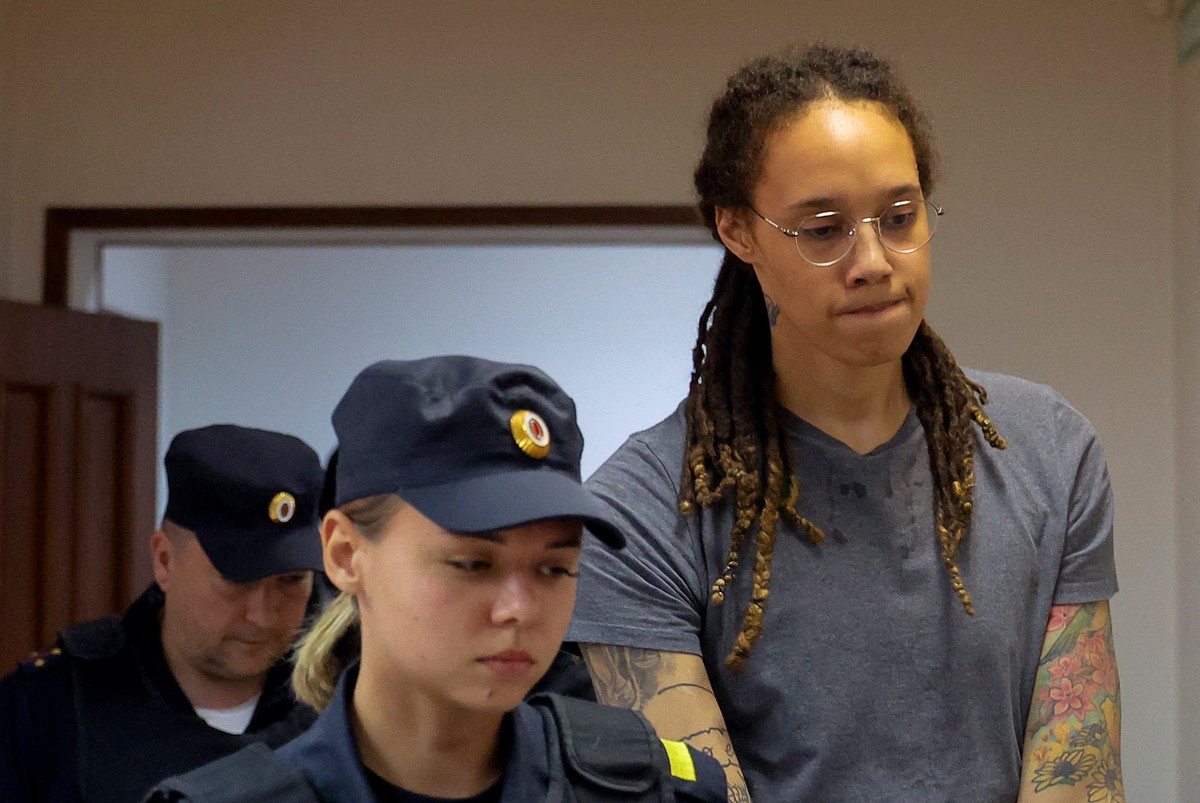