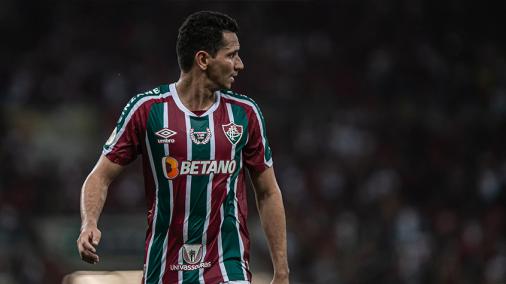 After the tie between Fluminense and Santos in the last round of the Brazilian Championship, Paulo Henrique Ganso was involved in a controversy when wearing the shirt of Peixe at the end of the confrontation in Vila Belmiro. In a press conference this Thursday, at CT Carlos Castilho, the midfielder tried to turn the page on the subject and project the sequence of the Tricolor.

– It’s normal for some fans to leave upset, he comes out dressed in the Santos shirt. I made the celebration. It was a tribute to the fans. I played my role on the field. I took the ball, I scored. I am very grateful to the club that revealed me to Brazilian and world football. I just thanked. The affection I have for Fluminense is enormous. My kids are in love. Enrico, then, in love with Fluminense. It was just one game. The fans are even friends. That’s over. Think ahead, think about Cuiabá, and stop losing points.

During the match, shirt 10 was cursed and booed by some Santos fans and after swinging the net made the gesture simulating being a conductor. Away from the field, however, he was much celebrated as he left the Fluminense hotel. Formed in Vila, shirt 10 played for the professional between 2008 and 2012, when he was champion of São Paulo three times, once in the Copa do Brasil, once in the Libertadores and once in the Recopa Sudamericana.

After the match, a video went viral on social media in which Ganso talks to Fluminense fans to ask President Mário Bittencourt to renew his contract. The current bond is valid until December 2023.

– I played there, but suddenly, right? (laughs) If Mário is watching the press conference there… Without a doubt, I hope we have a conversation and the idea is for a renewal to happen. It all depends on the moment of the club, how the season will end and what is going through the mind of the president of Fluminense.

At 32 years old, Ganso is having an excellent season. There are 38 games, 30 as a starter, five goals scored and six assists so far. With his good performances, he was even asked for in the Brazilian national team.

– It’s a very good moment not only mine. I think of the club itself, of the whole team. After a long time we managed to be Rio champions. We are in contention for the Brazilian Championship title. There is still the Copa do Brasil where we took the first step. I think it’s the best moment, both for me and for the club in general – he said.

– My goal is to make Fluminense champion. Curry already said that. Regardless of the performance on the court, I want to be champion. In the national team, today, I don’t think so. It will be a very nice surprise – he added.

Fluminense returns to the field this Sunday, at 4 pm, against Cuiabá at Maracanã. The tricolor team is in third position in the table, with 35 points, behind leaders Palmeiras and Corinthians, who have three points more.

Previous OnePlus 10T launches with Snapdragon 8+ Gen 1 and 50 MP camera
Next With Renato Augusto on the field, Corinthians starts preparing to face Avai

Source: Felipe Oliveira / EC Bahia Everything is ready for another challenge in Serie B. …