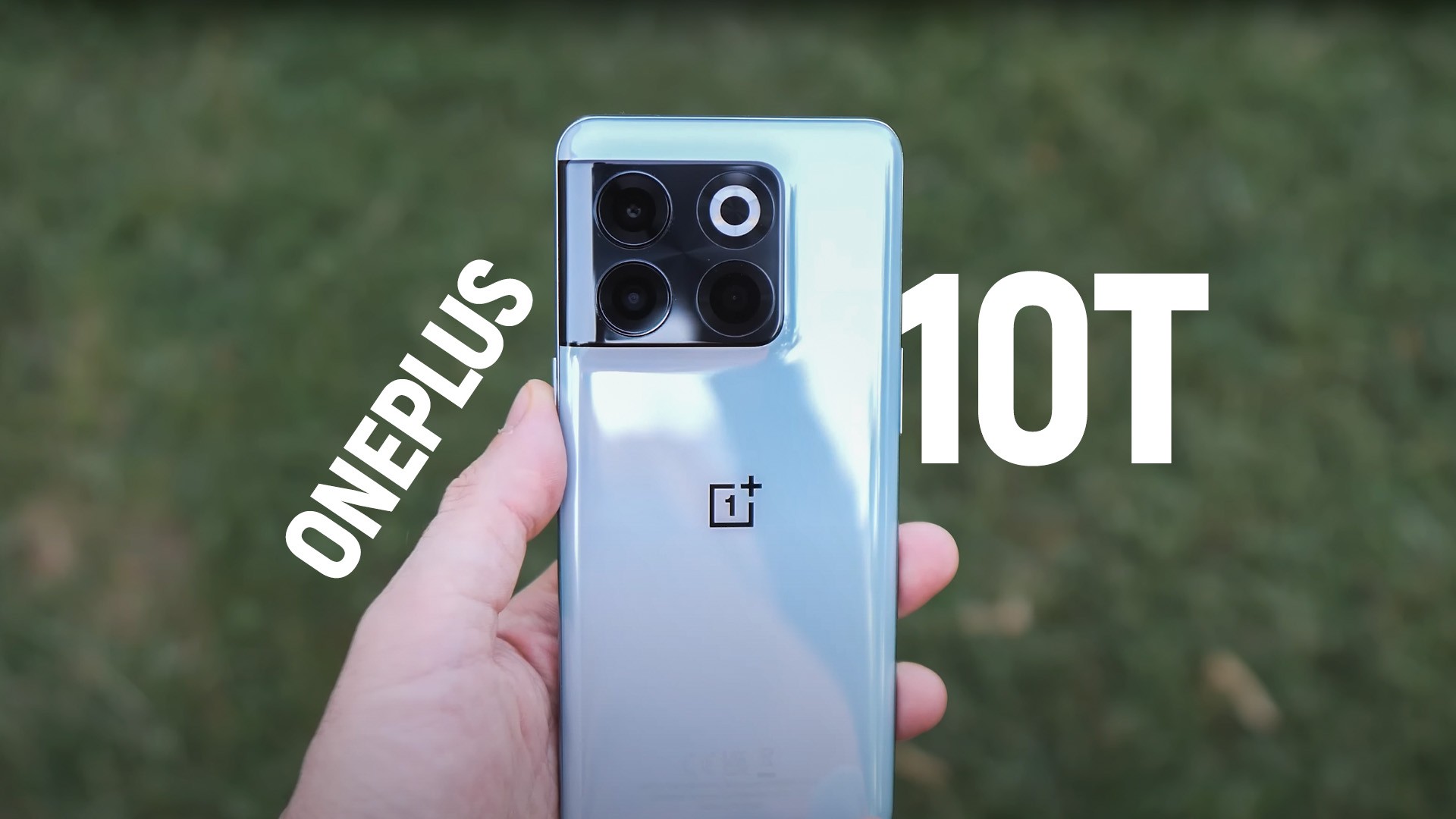 OnePlus continues to release updates to its cross-generation flagships, which the company just calls the Model T, something like Apple did with iPhones in the past that carried the letter S at the end of the name. This year we didn’t have a OnePlus 10, but only the 10 Pro version. Even so, it did not stop the Chinese manufacturer from launching the updated 10T version, which we will get to know today thanks to a partnership with HDBlog.

The 10T’s design is very similar to the OnePlus 10. When you look closely you’ll see that the finish is different: the Pro has a ceramic camera block, while the 10T uses the same glass on the back with Gorilla Glass 5. In addition, the metal sides give way to a simpler plastic finish.

There are slight differences in the camera block itself. The flash has been relocated to the top position while two of the four hoops are larger than the others, unlike the OnePlus 10 Pro with a more symmetrical design.

The finish of the rear window changes according to the color chosen: the black model brings a unique texture for a better grip and to reduce the accumulation of fingerprints; the green version has a mirror finish with paint that imitates ceramic. The plastic side is matte and follows the color of the back. 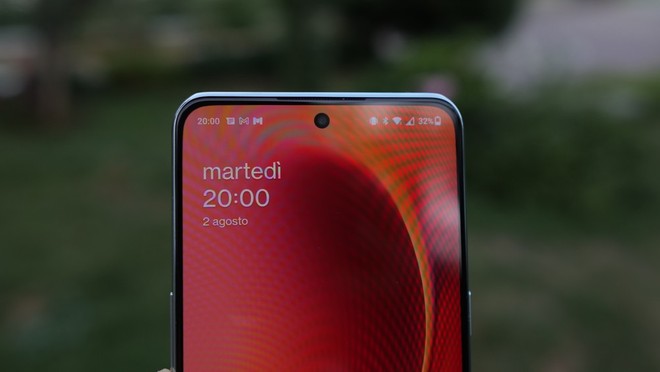 A curious detail is that the 10T does not come with that sliding button to put the phone on silent, as is typical of OnePlus phones. On the left side we have only the volume control key, while on the right side there is only the power button.

The top and bottom are less curved than the sides. At the top we have a speaker and microphone for noise cancellation, while at the bottom there is another speaker, the call microphone, the USB-C input and the drawer for two chips. And as expected, no microSD slot or headphone jack.

The front of the device is covered by a flat piece of glass with Gorilla Glass 5 protection. The bezel is thin and has almost symmetrical edges with good frontal use. The selfie camera is located in a hole at the top in a centralized position. 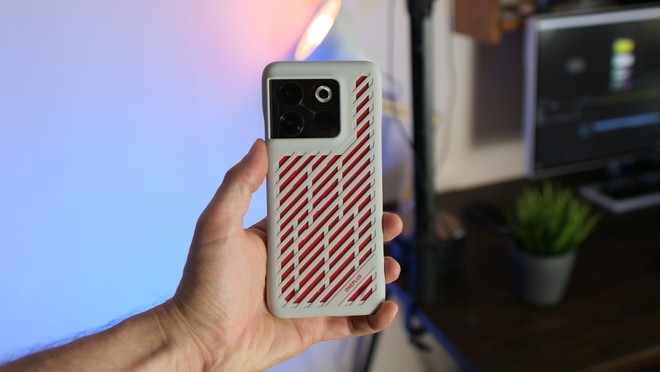 The OnePlus 10T is a little thicker and slightly heavier compared to the 10 Pro, even though it has a smaller battery and swaps the metal for plastic. Not to mention that it doesn’t bring the IP68 certification of the model launched earlier this year, so no reinforced water protection for this one.

OnePlus ships with the 10T the same 150W SuperVOOC charger that debuted with the 10R a few months ago. It is a powerful charger, but there is one small detail: it is limited to 125W on 110v outlets. Only those who live in a region with 220v will take full advantage of the accelerated charging of the device.

In some markets, such as India, OnePlus also sends a silicone case as a gift with the cell phone. 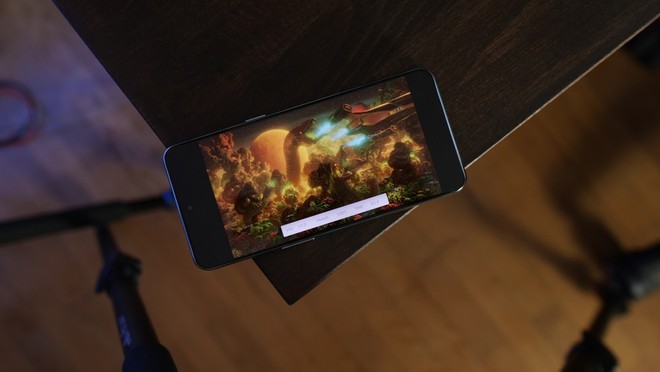 Then we have the screen that brings the same 6.7-inch size and 120 Hz rate as the OnePlus 10 Pro, but the similarities end there. The 10T doesn’t come with the more advanced LTPO 2-type panel and we have here just a more traditional Fluid AMOLED display with Full HD+ resolution and not Quad HD like the previously released model.

Anyway, this adopted panel is still capable of displaying a billion different shades with vibrant colors that catch the eye. The native calibration is good and comes close to what is considered ideal within the sRGB standard. The brightness level is high and must ensure good visibility in places with strong lighting.

The 10T’s display comes by default in dynamic mode which switches the refresh rate depending on the content. There is support for HDR10, HDR10+ and HLG, but no Dolby Vision as seen in some recent Xiaomi models. Underneath the screen we have the biometric reader which in this case is of the optical type and responds well.

In addition to the two sound outputs to deliver good stereo sound with movies and games, the OnePlus 10T also features cutting-edge hardware to deliver agile performance with any task. Here we have the combination of Snapdragon 8 Plus Gen 1 with up to 16 GB of RAM and 256 GB of storage.

The 4,800 mAh battery is slightly smaller than the OnePlus 10 Pro’s 5,000 mAh battery, but it should still be enough for good autonomy. The powerful 150W charger splits its power between two 75W modules to reduce heat and prevent battery life from being compromised over time.

There are several software improvements as well as a dedicated chip that controls current to prevent battery cells from going into unnecessary wear and tear. OnePlus claims that the 10T’s battery will still be able to hold 80% of its charge even after 1600 full recharge cycles, which would be equivalent to 4 years of use. 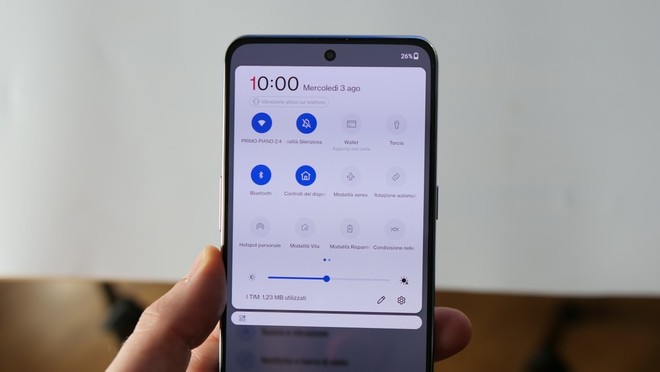 The OnePlus 10T comes out of the box with Android 12 modified by OxygenOS 12.1. The company has already announced version 13 of its system that will be released soon for the device and other recent brand releases.

The manufacturer promises three Android updates, which will ensure that the 10T receives up to version 15 of the little robot. In addition, there is the promise of four years of security updates.

OxygenOS 12.1 has a lot in common with ColorOS and brings many features that we find in realme and Oppo phones. There are several customization options, as well as the possibility to expand the RAM when using up to 7 GB of storage. The first impression is positive and the system seems to respond very well even with the most demanding tasks. Performance has always been OnePlus’ forte and that doesn’t seem to have changed. 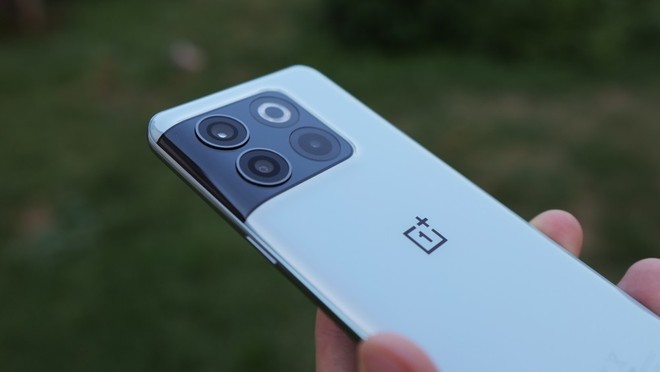 The OnePlus 10T’s photographic set consists of a 50 MP main camera with a Sony IMX 766 sensor, an 8 MP ultra-wide and a 2 MP macro camera, both with an OmniVision sensor and without autofocus. The front also owes itself to having a fixed focus and here we have a 16 MP sensor from Samsung.

Unlike the 10 Pro model, the 10T does not have the Hasselblad lens brand, which makes it clear that we have a more modest photographic set and that it was all designed only by OnePlus itself. But what does this imply in practice?

The 10T is capable of capturing good photos, but it suffers from the exaggerated post-processing that is standard on lower brand phones. While the 10 Pro brought a more balanced set, in this one we have a phone that suffers a little in certain situations.

The colors come out a little distorted due to the software that exaggerates the saturation, but there is artificial intelligence that recognizes the type of scene and tries to make a more correct adjustment. The contrast beyond ideal also ends up killing details in the shadows. 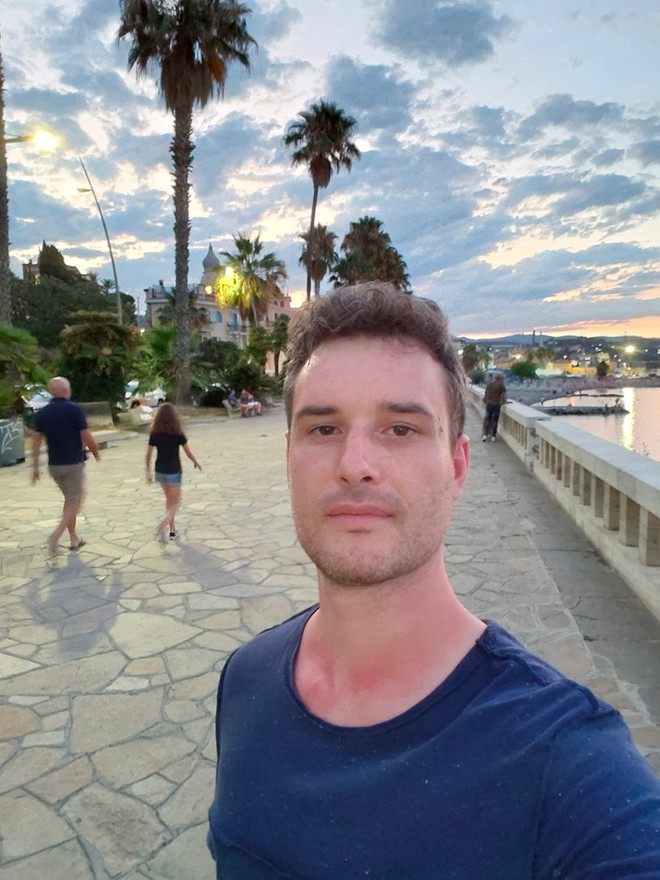 The ultra-wide does not disappoint in the first photos captured and makes good images, unlike the macro that lacks in colors, contrast and saturation. The front captures 4 MP images and upscales to 16 MP, which compromises the sharpness a little, but is still capable of capturing beautiful selfies.

The main camera is capable of filming in 4K at up to 60 fps, but if you intend to use the image enhancement features with the help of artificial intelligence, optical stabilization or even background blur, you will have to film only in Full HD. However, electronic stabilization is available in 4K. The other cameras shoot only in Full HD. 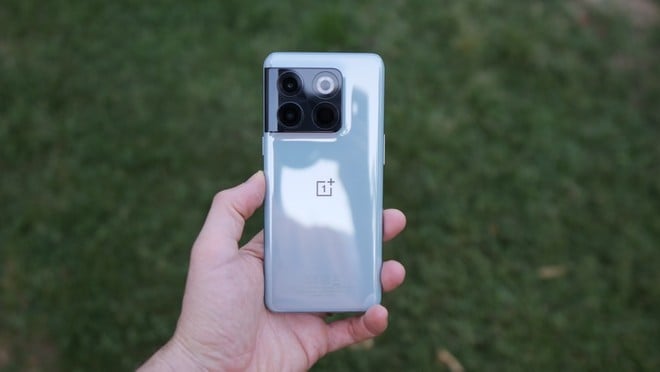 What did we think of the OnePlus 10T initially? It is a good phone with top-of-the-line hardware, although it is clear that cuts were made to reduce the price, such as the plastic sides, the lack of water resistance, the simpler cameras with a basic cell phone macro or even the lack of the traditional slider silencer button on the brand’s cell phones.

The reason for the cuts is in the price of €719 for the version with 8 GB of RAM and 128 GB of storage, while the more complete version with twice the RAM and internal memory costs €819 (something between BRL 3.8 and BRL 4.3 thousand). Worth the investment? We will only know when we test the OnePlus 10T to check its performance, battery and cameras further.

The OnePlus 10T is not yet available in Brazilian stores. To be notified when it arrives.