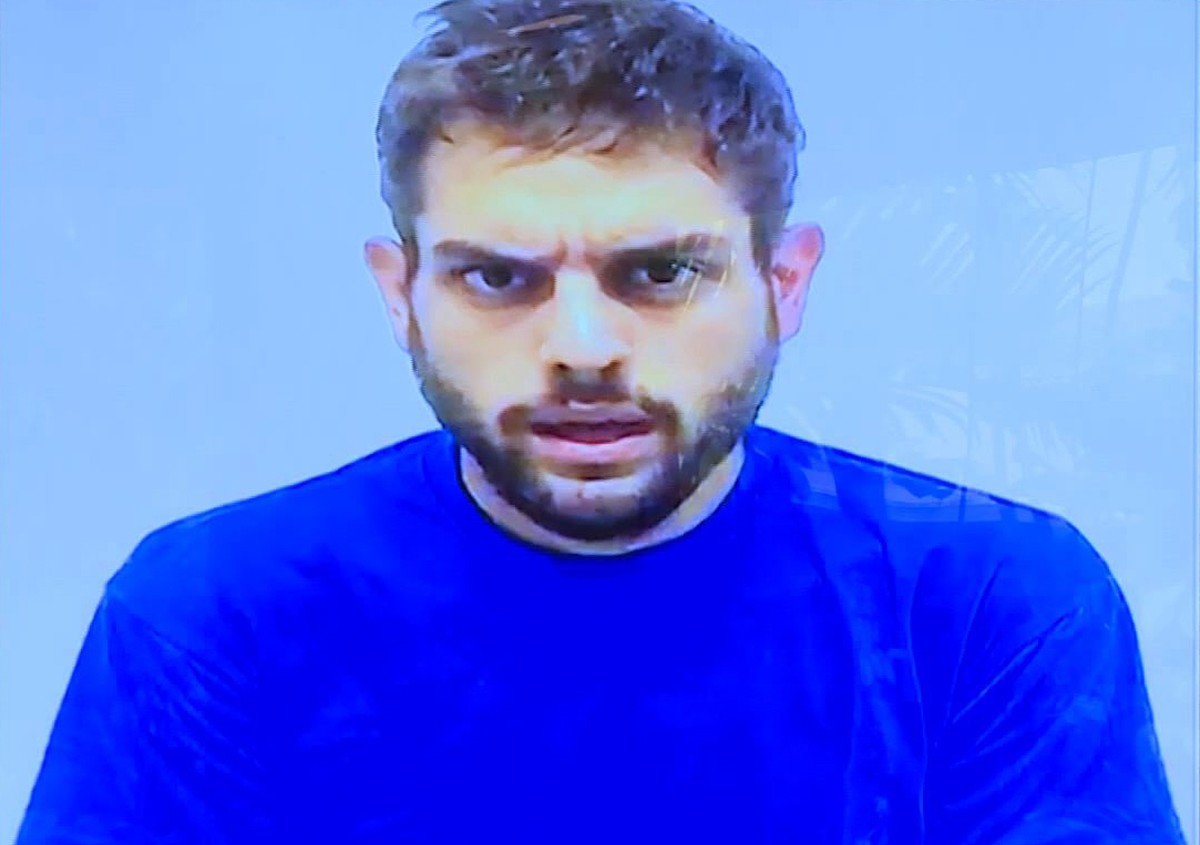 Venezuelan opposition leader Juan Requesens was sentenced this Thursday (4) to eight years in prison for his involvement in an alleged failed attempt against President Nicolás Maduro in 2018, for which other accused received sentences of between 20 and 30 years in prison. .

“At this moment, leaving the trial of Juan Requesens, sentenced to eight years for the crime of conspiracy,” wrote Requesens’ lawyer Joel Garcia on Twitter after a hearing that took place in the early hours of the morning.

“In the next few hours I will meet with his family for the next actions,” he added.

Nicolás Maduro appears in an official speech after his speech at a military parade was abruptly interrupted by what the government of Venezuela said was an attack with drones loaded with explosives – Photo: Palacio Miraflores/handout via Reuters

The sentence was announced exactly four years after the explosion of two drones near a stage where Maduro was leading an act with the military, on August 4, 2018. Caracas accused the government of then Colombian President Juan Manuel Santos of planning the attempt to assassination in collaboration with the United States and Peru.

Requesens was arrested three days later and charged with thwarted murder, terrorism and treason. About thirty people were arrested in this case, including a councilor who died in the custody of the intelligence service (Sebin).

Opposition parliamentarian Juan Requesens is taken away by his colleague José Manuel Olivares after being wounded by alleged government supporters while protesting in Caracas, Venezuela (Photo: Ariana Cubillos/AP)

A few days after his arrest, the government showed the opposition leader, now 33, in a video in which he admitted to having had contact with one of those allegedly involved in the incident. The opposition denounced that the legislator was threatened or drugged.

“The Public Ministry was unable to prove its responsibility in any of the seven crimes for which it was accused,” wrote lawyer García before hearing the sentence. “The judge has no way of convicting him and he must be acquitted, but our justice is hijacked.”

Requesens, a former opposition-controlled MP from 2015, was detained at Sebin’s headquarters until 2020, when he received the benefit of house arrest. It is unclear whether the measure will be upheld after sentencing.

Juan Guaidó during an interview with G1, on September 25, 2020 — Photo: Reproduction

“The dictatorship kidnapped him and keeps him deprived of his freedom as a mechanism for the persecution of an entire society that resists,” wrote opposition leader Juan Guaidó.

Two of the accused, Emirlendris Benítez and Yolmer Escalona, ​​received the maximum sentence of 30 years in prison, and another, Juan Rivas, was sentenced to 20 years, according to the NGO Penal Forum, which handles cases of political prisoners.

Previous NVIDIA GeForce RTX 4070 Ti may have RTX 3090 Ti performance [RUMOR]
Next In negotiations with Palmeiras, Bruno Tabata “applauds” Murilo after a goal in Libertadores