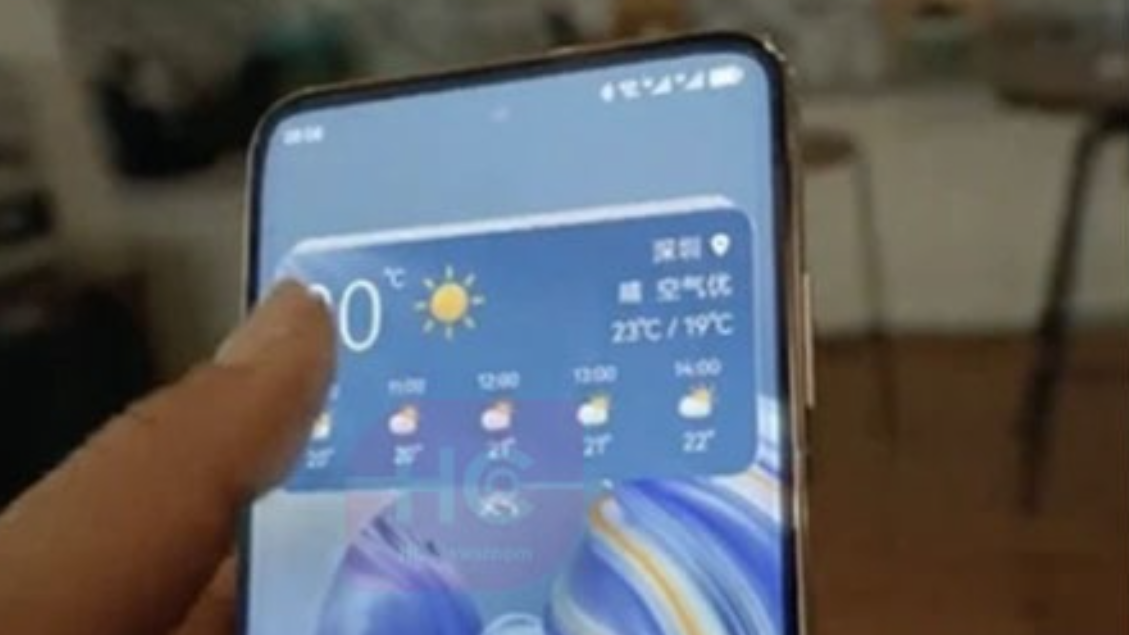 Huawei has already filed some patents related to below-display camera technology, but so far has not converted the documentation into a publicly available device. However, an alleged leaked real image shows a device with the solution, already in the hands of a user.

It is not yet possible to know exactly which model appears in the photo, but its construction is similar to the folding P50 Pocket. The mystery phone has a fingerprint sensor on the right side, while the edges around the screen are symmetrical and relatively thin.

Despite having the front camera below the display, the set is still visible – similar to what happens on Samsung’s Galaxy Z Fold 3. A small circle is centered at the top of the screen, and its perception is likely to depend on the device’s angle to the user, the display’s brightness levels, and the content displayed on the screen.

It was also said that the back panel of this cell phone has two large circular modules, just like the P50 Pocket itself. In addition, the cell phone in the photo is running HarmonyOS, a platform for Huawei’s cell phones that received an update recently.

The new technology could make its first official appearances in the Mate 50 line of high-end handsets. Little information has been leaked regarding these phones so far, but it is likely that they keep implementing advanced components to deliver high performance.

For this, smartphones must have a Snapdragon 8 Plus Gen 1 processor as the main performance element. However, due to restrictions imposed on Huawei, this chipset can be modified to only support 4G connections — to get around this problem, the brand can launch a protective case that enables the latest generation of mobile connectivity.

Information related to aspects such as cameras, battery and screen are still unknown. Rumors point out that the Mate 50 series may be unveiled during the month of September, so more details should be leaked over the next few weeks.

Previous Ex-Flu scores, and Benfica debuts with a rout in the Portuguese Championship | portuguese football
Next Population of the tourist island of Lampedusa denounces ‘abandonment’ of the state