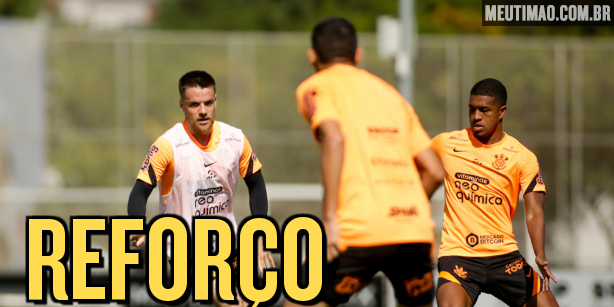 Ramiro may be Corinthians news against Ava in Ressacada

The injury of the midfielder Maycon may have opened space for Ramiro to return to the Corinthians group. The player trains with the squad and already has his name inscribed on the material of this Saturday’s commitment, against Avaí, in Ressacada, for the 21st round of the Brazilian Championship.

Ramiro will be the owner of shirt 17 on his return to the Parque São Jorge club. The number belonged to striker Cauê until last year, newcomer to Lommel SK, from Belgium, a team belonging to the City Football Group. Rafael Ramos uses it in Libertadores, a competition in which Ramiro is not registered.

Hired in 2019, Ramiro was on loan at Al-Wasl, but has been training with the rest of the squad for about five weeks. The midfielder had his name published in the Diário Informative Bulletin (BID) of the Brazilian Football Confederation (CBF) on the 19th and is released to debut for Timão.

The player will not be able to be present in the return game of the quarterfinals of Libertadores, against Flamengo, at Maracanã, because the club could only make three exchanges at this stage. Vítor Pereira chose to sign defender Fabián Balbuena, midfielder Fausto Vera and center forward Yuri Alberto.

Ramiro played 30 games during his season-long loan. The midfielder scored two goals and contributed five assists in this period. For Corinthians, there are 106 matches, six goals and five assists. The athlete has a bond with Timão until the end of 2022.

See more at: Ramiro and Maycon.