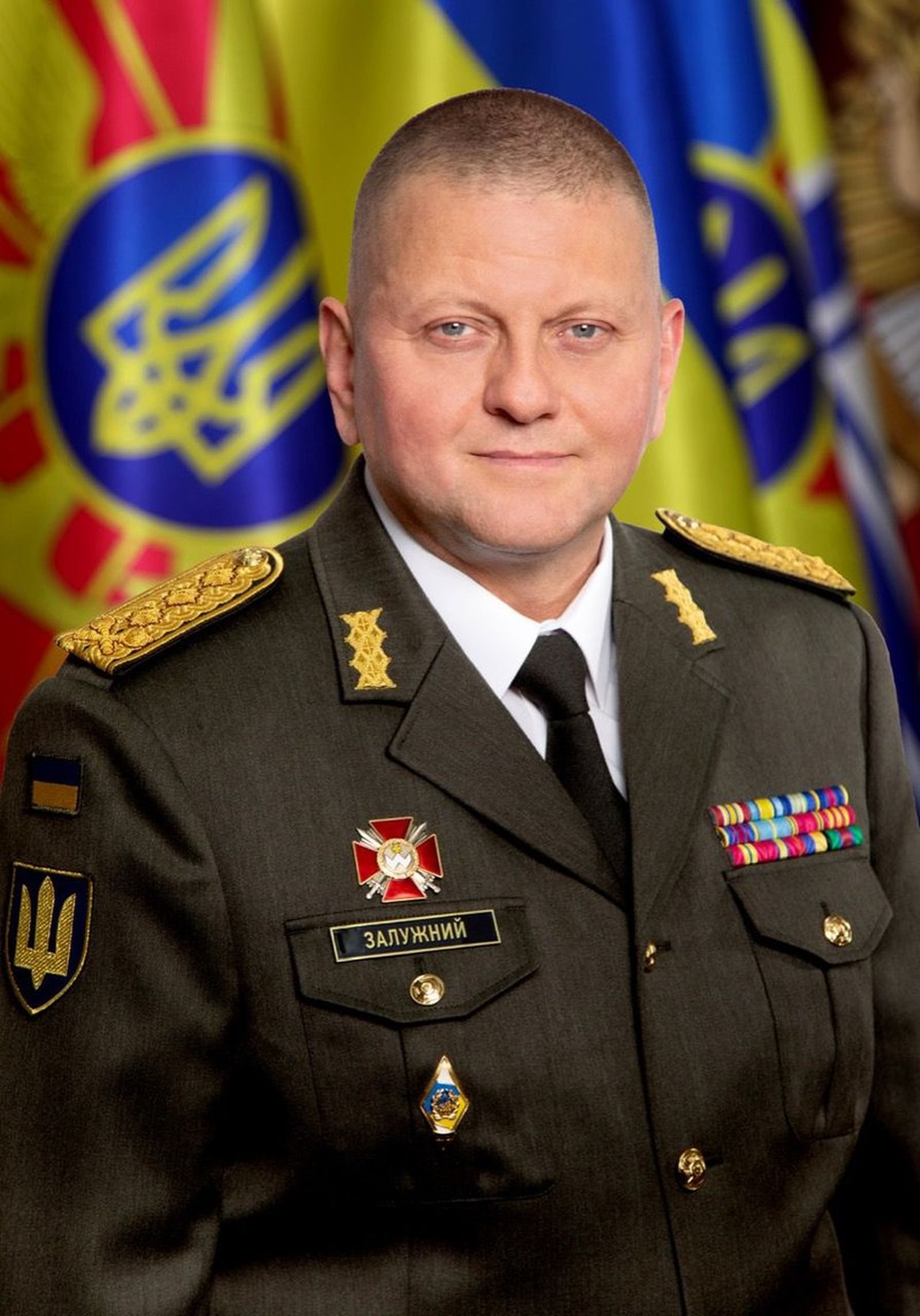 General Valery Zaluzhny, unknown to Ukrainians when he was named head of the armed forces last year, has become an icon of resistance against the Russian invasion.

In July, when he turned 49, Ukrainians took to social media to congratulate the military commander.

Children use Zaluzhny’s name in their play and the Ukrainian edition of Vogue magazine published an article about him, which called him a “legendary figure”.

“Thanks to Commander-in-Chief Zaluzhny, our confidence has returned,” former Transport Minister Volodymyr Omelian wrote on Facebook.

A Ukrainian soldier positions himself while monitoring Russian troops in Donetsk, eastern Ukraine, on May 26, 2022. — Photo: Anna Kudriavtseva/ Reuters

Ukrainians attribute the blockade to Zaluzhny’s initial Russian plan to take Kiev quickly after the start of the offensive on 24 February.

Fierce resistance from Ukrainian forces under Zaluzhny forced Moscow to shift the focus of attacks to the east and south of the country.

Time magazine included him in the list of the 100 most influential people in the world, alongside Ukrainian President Volodymyr Zelensky.

Zaluzhny “emerged as the military mind his country needed,” said US Chief of Staff General Mark Milley, quoted in the magazine’s profile. The text highlights that the general’s actions “will be remembered by history”.

Ukrainian soldiers talk to a resident whose house was hit by Russian bombing in eastern Luhansk, part of the region where Russia has been fighting Ukrainian troops for weeks, on June 3, 2022. — Photo: Serhii Nuzhnenk/ Reuters

Although he hasn’t given interviews since the beginning of the war, the Ukrainian press can’t stop praising what he calls an “iron general”.

Russian plans for a “Blitzkrieg, a change in Ukraine’s power and geopolitical orientation, have been ruined,” Zaluzhny wrote on Facebook two weeks after the invasion began.

“No matter how difficult it is for us, (this war) will certainly not be an embarrassment to us.”

Anatoly Oktysiuk, an analyst at the Ukrainian think tank Democracy House, says Zaluzhny is “competent and doesn’t have the old Soviet mentality” that once dominated the Ukrainian General Staff.

“He is a patriot, he is not corrupt, he was well trained, including in the West,” he adds.

A fire in a garage after an attack near a railway station in the city of Lyman, in the Ukrainian region of Donetsk – Photo: Jorge Silva/REUTERS

Zaluzhny was born on July 8, 1973 on a Soviet military base in Novograd-Volynsky, northwest Ukraine.

After being designated military commander for the north of the country in 2019, he was promoted to commander in chief of the Ukrainian Armed Forces in July 2021 by Zelensky.

The general has prioritized army reforms to meet the standards of the NATO military alliance, which Ukraine wants to join despite Russian opposition.

A few months after his appointment, he sounded a warning about “the threat of major aggression” from Moscow in one of the few interviews he gave.

“We have to prepare for this,” said Zaluzhny, who has two daughters, including one who is also in the military.

A Ukrainian soldier holding a weapon while resting at a bomb shelter in the city of Kharkiv (Photo: Evgeniy Maloletka/AP)

As part of a young generation of officers with combat experience against separatists, he called on Ukraine’s military command to “use all means to preserve the life and health” of soldiers.

According to part of the press, the commander’s popularity provoked jealousy in Zelensky’s team, despite the fact that Zaluzhny never showed signs of any political ambition and rarely spoke in public.

In July, Zelensky criticized for the first time a decision by the army, which had announced restrictions on the movement of reservists between various regions of the country.

But he immediately softened his words by saying it was “a detail, nothing important.”

“There is no misunderstanding between the army command and me,” the president said.

Previous OLED, Snapdragon 8+ Gen 1 and 150W charging – All in Technology
Next Jason Momoa goes viral in video as a flight attendant