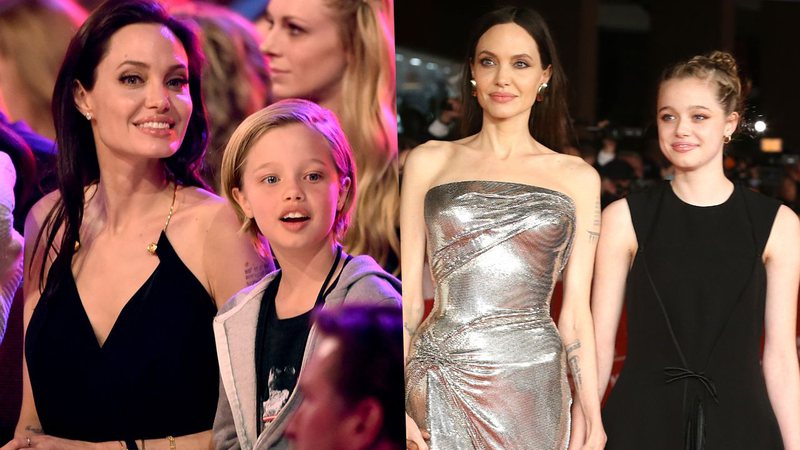 The Life of Shiloh Jolie-Pitt, From Eccentric Personality to Dancing Skills

Remember the life trajectory of Shiloh Jolie-Pitt, the first biological child of the Brangelina couple

Shiloh Jolie-Pitt is definitely one of the ex-couple’s children Brangelina most prominent in the media. The couple’s first biological daughter was born on May 27, 2006 and won over the public with her cuteness. However, being the daughter of one of the most famous couples in Hollywood, Shiloh always had her personal life exposed to everyone.

The girl always accompanied her parents Brad Pitt and Angelina Jolie to events and red carpets that they were invited, not to mention that his name began to appear more and more in the media when Angelina commented on her family life in interviews. And it was through conversations with the media that we were able to assemble a profile of Shiloh’s personality, pointed out by her mother as a funny girl who liked to dress up in jokes.

However, it was in an interview that Angelina Jolie revealed that her daughter liked to be called John or Peter, in addition to liking to dress in a masculine look. Jolie said:

“She likes to be dressed up as a boy, she wants to be a boy, so we had to cut her hair. She thinks it’s like one of her brothers”

From there, several articles about Shiloh began to appear in the media. That’s because the public and the tabloids insisted on speculating about the gender of the Brangelina couple’s daughter due to her mother’s lines. However, it was never revealed whether Shiloh was actually transgender, despite speculation that Shiloh had begun gender transition treatments at the age of 11.

But after a while, and with all this speculation in the air, Shiloh returned to appear in the media in a different way than before. After the covid-19 quarantine in 2020, the first clicks made by Angelina and Shiloh came after the relaxation of health protection measures, when both were seen shopping together. It was there that she performed in what was considered a feminine style for the first time in years. Soon after, Shiloh also accompanied her mother on several red carpets for the Marvel movie Eternals, where she wore several beautiful dresses at the premieres.

Since then, speculation about Shiloh’s gender has ceased to be the focus. The girl, who is now a 16-year-old teenager, began to gain more media attention after speculation of fights with your mother. This is because according to Celebrity Insiderthe girl would be rebelling against Angelina for having less freedom than her brothers:

Maddox and Pax, her older brothers, were allowed to drive and walk alone when they were Shiloh’s age, but she cannot. She said that once she goes to college, she will choose one that is as far away from her mother as possible.

But things seem to be going very well between Angelina and Shiloh, as the two were seen together at a concert by the Italian rock band. Måneskinthere in Rome, where the actress would be filming a new feature alongside Salma Hayek, Without Blood.

Angelina Jolie is the most beautiful woman in the world SERIOUSLY LOOK AT THIS WOMAN pic.twitter.com/IemvrQ8z0z

Shiloh also appeared, highlighting her dancing skills to the music of Vegas, by doja cat for the movie Elvis Presley. The video was performed during a class at the dance academy millenniumin Los Angeles, in instruction of the dancer and choreographer Hamilton Evans. And Angelina was even excited about her daughter’s new hobby:

Angelina is impressed by how talented Shiloh is, but more than that, she is delighted to see how happy she is when she is dancing. A career in dance is something she could pursue someday, but it’s definitely not something Angelina pressures her to do. She encourages her to dance just because it makes her happy.

And while Shiloh’s dance moves were praised by the audience, the choreographer reported that lawyers and family asked for the snippet of her participation to be temporarily blurred. This would be a respect for her privacy, as she would be focusing on training more and more in a safe and controlled environment. Would this be the first time Shiloh has expressed her desire to appear less and less in the media? Or was this a reflection of his past of speculation about her personal life?