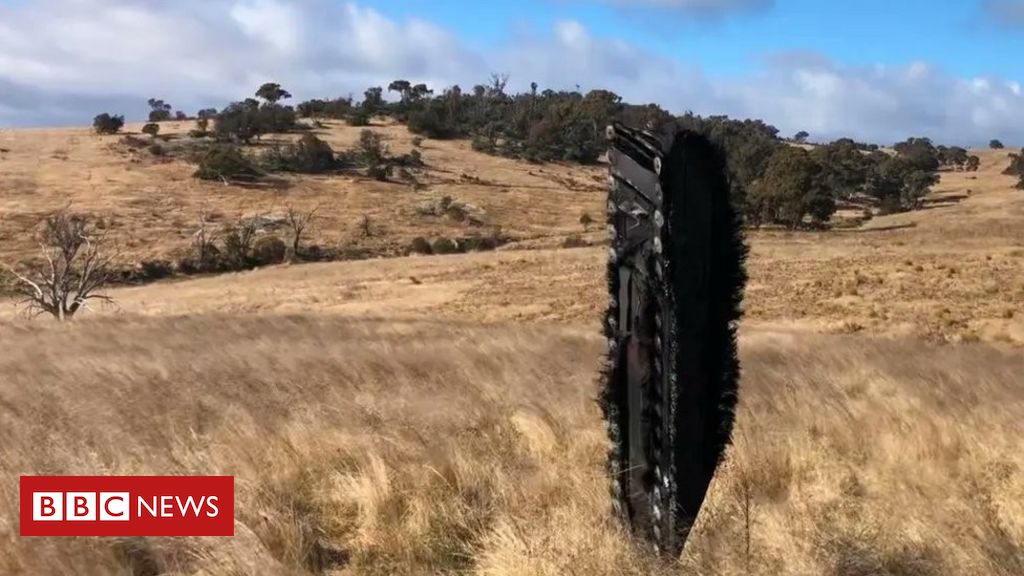 The rare discovery of SpaceX spacecraft remains in Australia

When Mick Miners, a farmer in New South Wales, Australia, first saw a large black object sticking out of the ground on a remote part of his property, he thought it was a dead tree.

But on closer inspection — and after expert verification — he discovered that it was something that had fallen from space.

Later, ASA, the Australian space agency, said it came from a capsule of SpaceX, the aerospace company of billionaire Elon Musk.

Experts described the discovery as “rare” and “exciting” — but said such events could become more common.

The object crashed on July 9 in an area of ​​vast fields, but was only discovered by Miners several weeks later.

Two other pieces were later found nearby, and ASA urged anyone who came across more wreckage to contact a SpaceX-created call center.

Brad Tucker, an astrophysicist at the Australian National University, was called in to examine the object.

He is frequently called upon to review similar findings — and the vast majority turn out not to be space debris.

“It was super exciting to see it all up close, I’ve never seen a piece of space junk fall like this,” he said in a video shared online.

Chance of hurting someone is ‘almost zero’

Don Pollacco, a professor of astrophysics at the University of Warwick in the UK, agreed that it was very rare for space debris to land on solid ground.

He explained that although space objects fall to Earth every day, the vast majority end up in the oceans that cover most of the planet.

Also, the only recorded case of anyone hit was that of Lottie Williams, who was unharmed when a piece of space junk landed on her shoulder in Oklahoma, USA, in 1997.

Other incidents include damage to buildings in Ivory Coast in 2020 caused by pieces of a Chinese rocket.

However, discoveries on the ground may become more common — especially as the number of rockets sent into space has increased considerably in recent years.

The Sun is also moving into a more active cycle, adds Pollacco, which could result in more debris falling to Earth.

Perhaps more concerning is a study by the University of British Columbia in Canada, published in July, which revealed that there was a 10% chance that one or more people would be killed by space debris over the next decade.

But Pollacco still says the chance of an individual being injured is “almost zero.” “I don’t think people need to be scared, the probability of being hit is incredibly small.”

Sought by the BBC, SpaceX has not yet responded on the matter.

Previous He went bankrupt three times, but one post changed everything: the story of the ‘King of the iPhone’ – 05/08/2022
Next Brittney Griner: Russia Wants to Discuss Prisoner Exchange | basketball