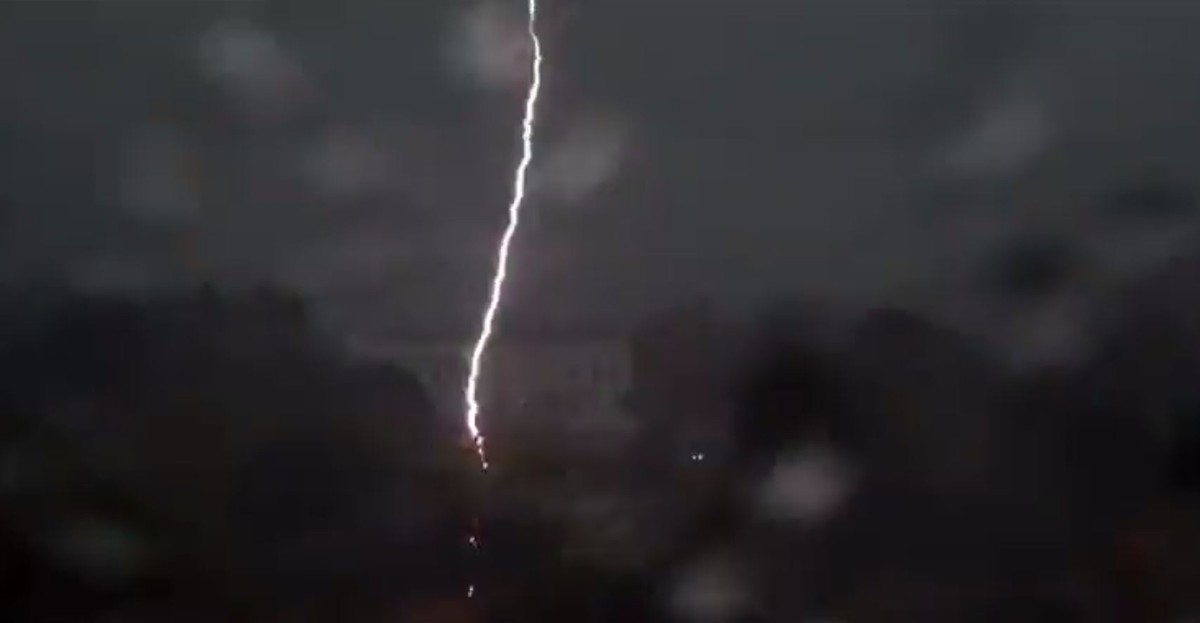 Two people died, an elderly woman and man, after being struck by lightning that struck in a park next to the White House on Thursday, according to a Washington DC police report.

Images from a Fox 5 weather camera captured the exact moment the lightning strikes the ground. See in the video below:

After the lightning struck, four people were taken to hospital in critical condition, including the two elderly people who died. Until the last update of this report, there was still no information about the health status of the other two people, only that they are also at risk of death.

Firefighter spokesman Vito Maggiolo said yesterday that members of the Secret Service and the US Park Police witnessed the lightning. “We want to thank you for responding immediately to help the four injured,” he said in a video posted on Twitter.

The lightning struck Lafayette Square, a public park adjacent to the White House that is often crowded with visitors, especially in the summer months.