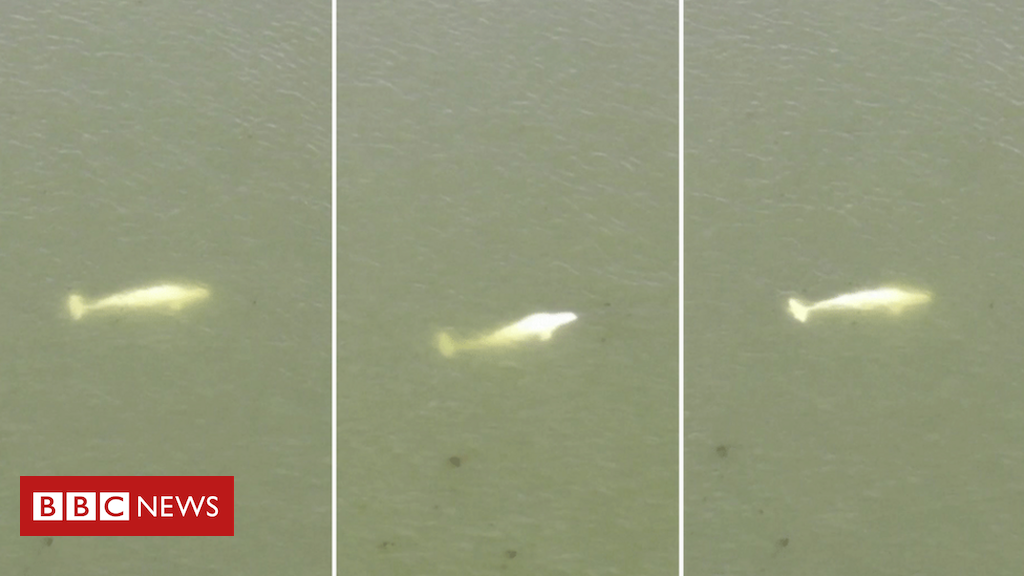 A whale has been spotted in France’s Seine River, and authorities are now deciding how to save the mammal – which often lives in the frigid waters of the Arctic.

Authorities say the white whale is near a lock in Vernon, a commune about 70 km northwest of Paris.

A request was made to the local population to stay away from the whale, which appears to be underweight. Experts are puzzled that the animal has strayed so far from its natural habitat.

“The challenge now will be to help feed it and try to accompany it towards the ocean,” says Lamya Essemlali, head of the environmental group Sea Shepherd France, according to the Reuters news agency.

She said getting the animal out of the water is out of the question as it would be too risky.

Images show the whale swimming slowly in the river.

Officials did not disclose the size of the animal, but an adult white whale can reach more than four meters in length.

In May, an orca was found dead after swimming in the River Seine in Normandy. A plan to guide her back to the sea using sonic stimuli failed. Specialists later discovered that she was seriously ill.

In 2019, a dead whale was found in the River Thames near Gravesend, UK officials said.

This was just weeks after a humpback whale was spotted swimming in the same stretch of water. She ended up dying. It is believed that the animal got confused and reached the Thames possibly during high tides.

Previous Galaxy A23 5G is announced with new chip and long-lasting battery
Next The most beautiful women in the world; check out the top 10!