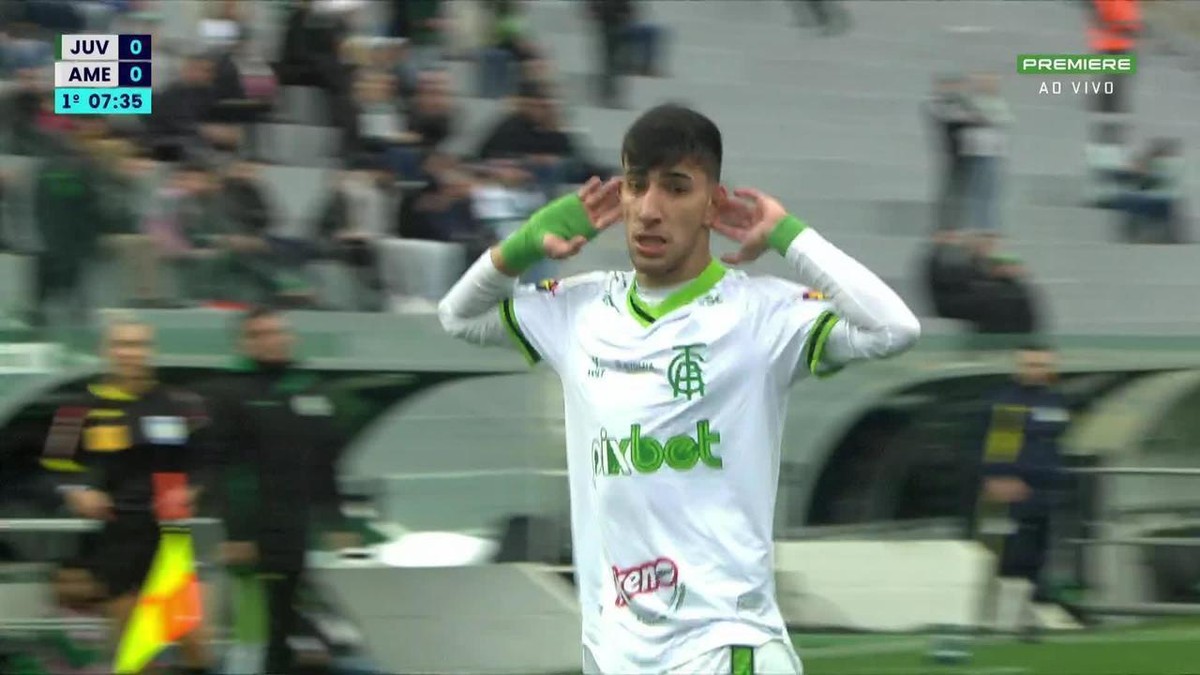 Benitez: Surprising expectations, Mancini chose to select the Argentine midfielder among the starting 11. That night, against Juventude, he showed that he has the potential to be the brains of the team. He brought quality and tranquility to decision-making. However, there is still a need to improve physical form. In the second half, he had to be replaced by Matheusinho. Grade: 8.0

Pedrinho: owner of the goal that brought tranquility to América-MG in the Brazilian Championship, Pedrinho was the main outlet for the American attack. He played on the right side in the first half, and on the left side in the second, but he looked for the game and brought speed throughout the match. He took over Coelho’s top scorer in the season, alongside Azevedo, with six goals. Grade: 7.5

Lucas Kal: returned to play as the Coelho fan hadn’t seen it for some time. Being firm in marking, and participating in play constructions. Pedrinho’s goal came from a rebound, after Kal recovered the ball on the left wing, took it to the right foot, and hit it in place. Grade: 7.5

Ricardo Silva: reinforcement of the defense in the mid-year window, Ricardo Silva made his debut for Coelho, entering in the 41st minute of the second half. The defender took the place of Lucas Kal, who was yellow, and was in danger of being expelled due to the intensity of the match. no grade

Raúl Cáceres: Chosen by Mancini to be the starter, Cáceres was unable to solve the problem of América-MG’s right-back. In addition to missing a lot of passes, he also missed the chance to increase the score in the first half, after a move by Lucas Kal. Grade: 5.0