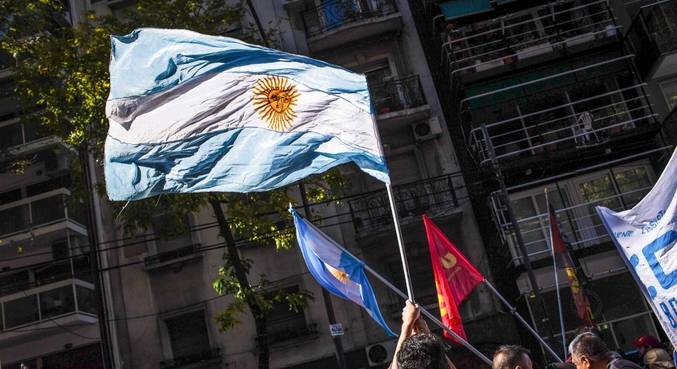 The Argentine Defense Ministry ordered the mandatory dismissal from the ranks of the Navy of six soldiers with definitive convictions for crimes against humanity committed during the last military dictatorship (1976-1983), according to the ministry in a statement.

The Defense Ministry indicated that it acted in accordance with the provisions of Law 19,101 for the military, which establishes the mandatory dismissal of those convicted as a result of the sentence of absolute and perpetual disqualification imposed by a final judgment.

For the Argentine Defense Ministry, “it is unacceptable and against the law that there are people with military status who are, in turn, convicted of crimes against humanity.”

Human rights organizations — including the Grandmothers of Plaza de Mayo and the Mothers of Plaza de Mayo — celebrated the Defense’s decision to exonerate the six soldiers convicted of crimes against humanity committed in the clandestine detention, torture and extermination center that worked at ESMA (School of Marine Mechanics).

In the ESMA building, in the heart of the city of Buenos Aires, around 5,000 people were kidnapped, tortured and almost all thrown into the sea alive, in crimes against humanity that are being investigated and prosecuted in federal courts.

“We cannot fail to point out that these genociders maintain pacts of silence that prevent us from knowing where the bodies of thousands of victims are, in addition to continuing to commit the crime of appropriation and replacement of the identity of daughters and sons of people who are victims of forced disappearances. that we are still looking for”, warned the social organizations in a statement released last Thursday.

The organizations hope that the measure by the Ministry of Defense “will be extended to all those convicted of crimes against humanity”, since “civilian control of the Armed Forces must guarantee the effective incarceration of all those responsible for serious violations of human rights”. humans”. EFE vd/rsd

Previous Rubinho’s son wins at Interlagos and leads his father to tears in the box | motor
Next América-MG performances: Benítez starts among the holders, and Pedrinho marks; see notes | america-mg