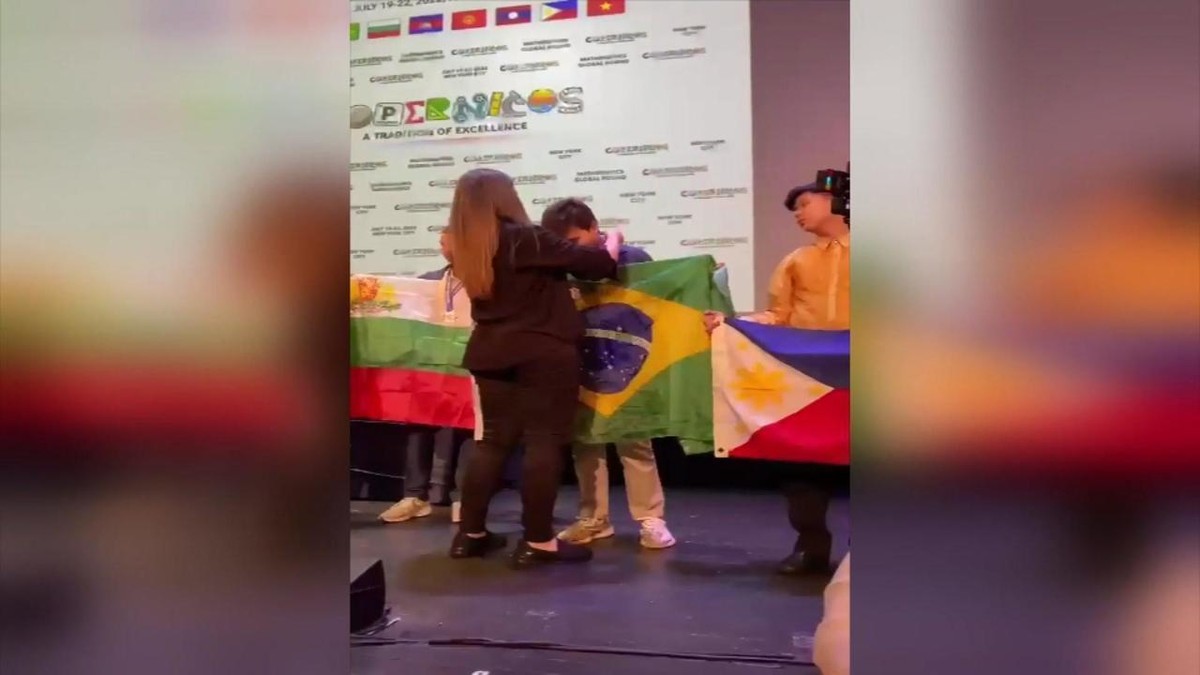 A first-year high school student at a school in Bauru (SP) won a silver medal in his category at the Copernicus Mathematics Olympiad, held in New York, in addition to placing third in the world. Altogether, there are five categories divided by the teaching stages.

To g1, Thiago Buzalaf Zopone, 15, explained that he participated in the test in category 4, which covers students from the 9th grade of Elementary School to the 1st year of High School. For his performance, he won more of these medals for his collection.

To enter the competition, Thiago said that he presented the two most recent medals he had won – one from the Kangaroo International Olympiad and another from the Brazilian Public School Mathematics Olympiad (OBMEP).

In this case, the student competed against 200 other participants from nine countries, including Vietnam, the United States, Cambodia, Laos, as well as two others from Brazil. In his category, Thiago is proud to say that he was the only one who returned to Brazil with a medal.

“I feel happy and honored to be able to represent Brazil, the feeling of standing on the podium with the flag is indescribable. I got 18 questions right out of 25 and won a silver medal for performance percentage. I was also in 3rd place in the world category”, he celebrates.

The student attributed the errors of the seven questions to the short time and for not being able to delve into some contents.

“It takes 90 minutes to solve the 25 logic questions. I had to adapt to the content of the North Americans, since the test was taken in New York, in addition to answering in English. This exchange of knowledge is very interesting”, he points out.

Thiago recalled that he also had little time to prepare since he learned that his application was approved. So much so that he had to study even during the holidays. Even so, the long-awaited result came with the medals.

“It was a test that required a lot of content and a lot of logic. So I had to run back. It was one of the most challenging I’ve ever done, mainly because I competed with the best from other countries. It was worth the preparation and investing my vacation time,” she recalls.

Thiago commented that it was the first time that the Olympics had Brazilian participants — Photo: Thiago Buzalaf Zopone /Personal archive

The student said that he always liked the exact questions, in which mathematics is included. Therefore, he dreams of the long-awaited approval in engineering. Meanwhile, Thiago intends to continue participating in the Olympics to further increase the collection of prizes.

* Under supervision of Mariana Bonora

Check out more news from the Midwest of São Paulo:

Previous Time to clear iPhone cache! Check out how and why to do it
Next Ellen Pompeo Criticizes How ‘Grey’s Anatomy’ Treats Social Issues