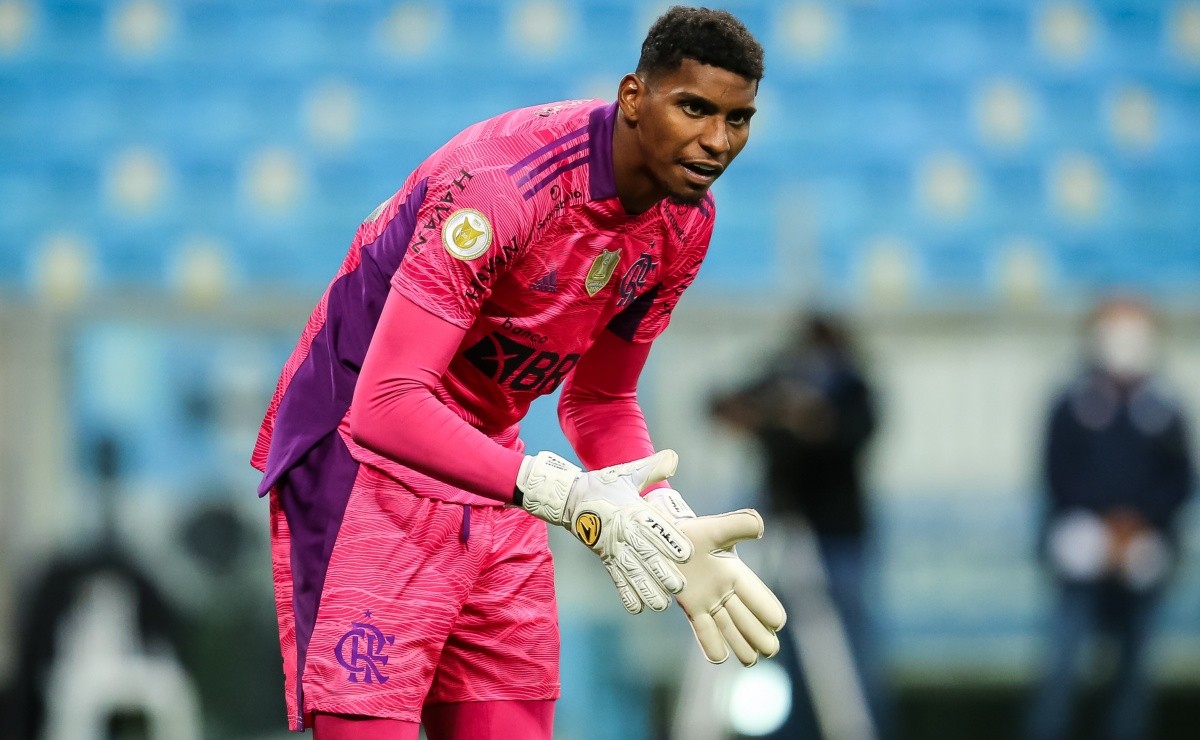 BRL 21 MI comes into play and Flamengo receives a proposal from Europe by Hugo Souza: “Contract of…”

Flamengo is having a good time this season. After beating Corinthians, away from home, by 2-0 in the first leg of the quarterfinals of the Copa Libertadores da América, the team led by Dorival Júnior took an important step towards achieving classification at Maracanã, next Tuesday. (9). Meanwhile, in the Brazilian Championship, the rubro-negro comes from four consecutive victories.

After a troubled start to the championship, Flamengo now occupies 5th place, with 33 points in 20 rounds, one less than Athletico-PR, which closes the G-4, and two behind rival Fluminense, in third. The arrival of Dorival Júnior quickly changed the course of the carioca team, and the coach promoted some changes in the team. One of them was the “exit” of Hugo Souza from the goal.

The young goalkeeper was a starter for most of the season with Paulo Sousa and was present in 26 of Flamengo’s 50 matches in 2022. With no space, however, the player attracts interest from European football. According to Globo Esporte, the Flamengo board received, this Friday (5), a loan proposal for the 23-year-old player, coming from Estoril, from Portugal.

According to the GE, the Portuguese offer a contract valid for one year, that is, until the end of the European season, and there is an option to buy at the end of the loan period. According to Transfermarkt, a portal specializing in transfers, Hugo, who has been in Flamengo’s professional squad since 2020, has a market value stipulated at 4 million euros, approximately R$ 21 million.