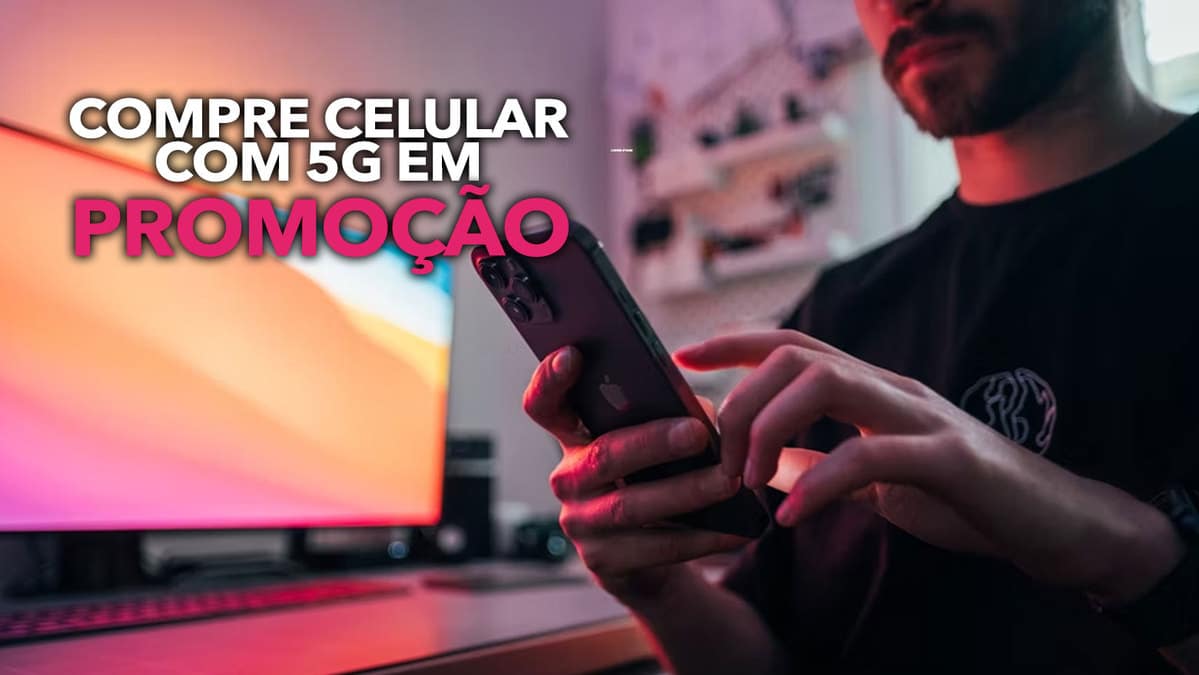 Buy a 5G mobile phone on sale: check out the highlights!

Several brands of handsets are currently opening promotions for cell phones that may have access to 5G technology. Promotions can be linked with the next commemorative date that is closer: Father’s Day.

Check out what are some of the possibilities that Brazilians have to buy cell phones with a promotional price.

Firstly, it is worth remembering that 5G technology began to be available on August 4th, in São Paulo. This new technology can bring more speed to the Internet connection of the mobile device, among other changes.

However, it is necessary to understand that there are some variations of 5G technology. One is pure 5G, or 5G standalone (SA), and the other is 5G non-standalone.

In addition, there are still cell phones that using dynamic spectrum sharing are able to simulate the 5G network.

Device promotions can include all three of these alternatives.

What are the cell phone deals?

One of the options is from the company Motorola, which is launching the “Hello Pais 5G” campaign. In this way, you can count on the possibility of buying the Motorola Edge 30 SmartPhone with a 15% discount in cash. It still comes with a free headphone. In addition, Motorola also has another campaign called “Parents 5G”, which is made from a partnership with Amazon Prime Video. When purchasing eight models from the Motorola Edge or Moto G lines, buyers can count on a one-year subscription to Amazon Prime Video. Promotional models in cash payment are discounted from 10% to 15%.

Another alternative is the Asus Brasil brand, which launched a new campaign on August 1st, also focusing on Father’s Day. Promotions include several handsets, including those that can give you access to 5G SA. Some models that are discounted are the ROG Phone 5s Pro, ROG Phone 5s and the Zenfone 8.

In addition to brand promotions, there are also promotional campaigns from the telephone companies themselves. For example, Claro has discounts on Samsung and Motorola cell phones.

TIM also has open possibilities. For those who subscribe to the TIM Black plan, there is a chance to buy the Samsung Galaxy S22 with a R$ 3,500 discount.

Those who want to buy a cell phone with a promotion still have the chance to look at retail store chains, which can count on campaigns already on the air.

See too: More than 50 cell phones will no longer support WhatsApp: Check out the full list