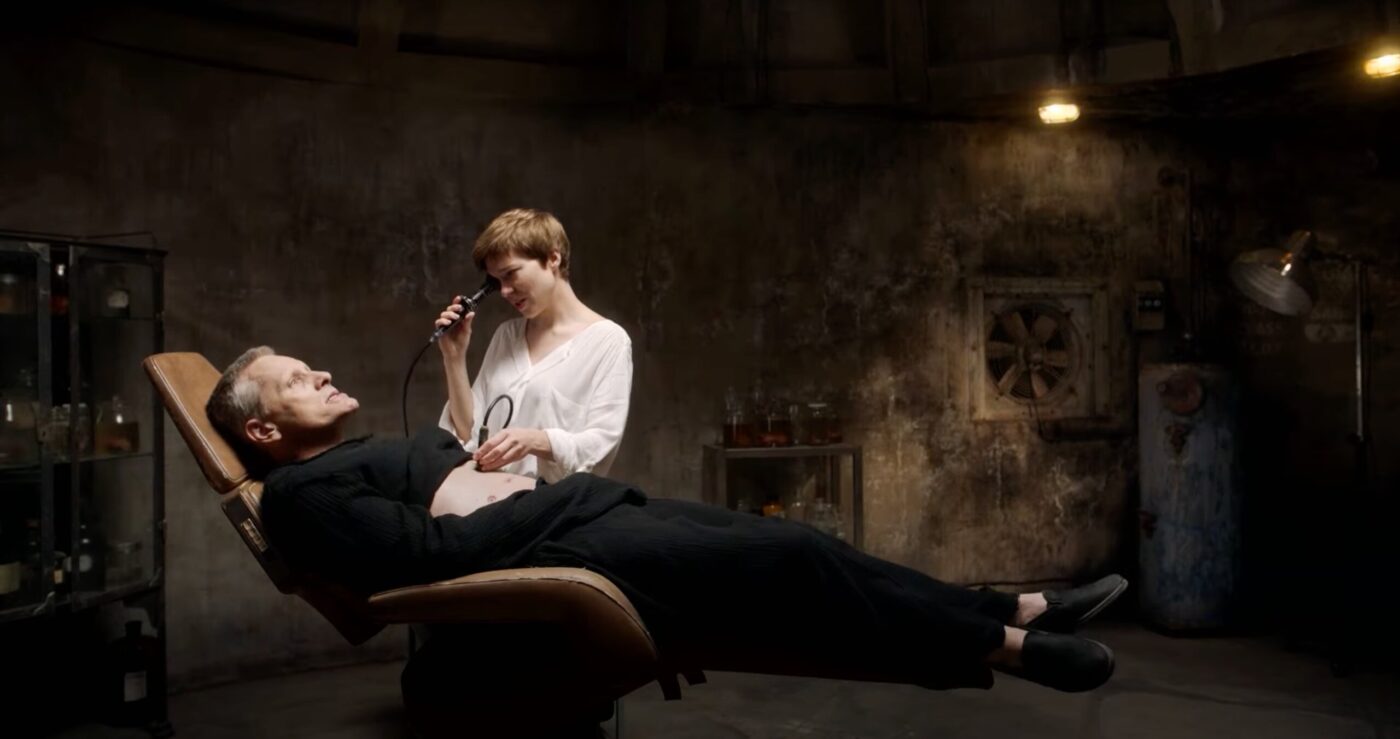 “Crimes of the Future”, the strange new film by David Cronenberg

David Cronenberg is back. Director of classics like “The Fly”, “Crash” and “Calafrios”, he is back for a new body horror which has been acclaimed by specialized critics: “Crimes do Futuro”, which will be shown by Topázio Cinemas and can now be seen via streaming, at MUBI Brasil. The film brings Viggo Mortensen, Léa Seydoux and Kristen Stewart in a strange plot from beginning to end.

And this strangeness is purposeful, it is part of Cronenberg’s essence. “Crimes of the Future” shows that, in the near future, humans will have to learn to live with and adapt to their synthetic environment. And the futuristic environment created by the director is dirty, depressing.

In this scenario, there are those who embrace “transhumanism”, grafting new organs into their bodies, and others who try to police it. Saul Tenser (Mortensen) is a world-loved artist who has embraced this new state of being, resulting in changes to his body. Along with Caprice (Seydoux), he’s made the removal of these organs a spectacle. In the midst of this, a subculture emerges and impacts society.

The film opens up discussions about what art is, the impact of technology on our society and many other questions, with impressive performances – mainly by Mortensen. Even with all the strangeness and almost eschatological scenes, “Crimes of the Future” is a great movie that deserves the attention of every movie lover.

Previous After 54 years, wreckage of plane that crashed in Swiss Alps is found in glacier
Next Fluminense returns to Maracanã after a month in a new game with a full house | fluminense