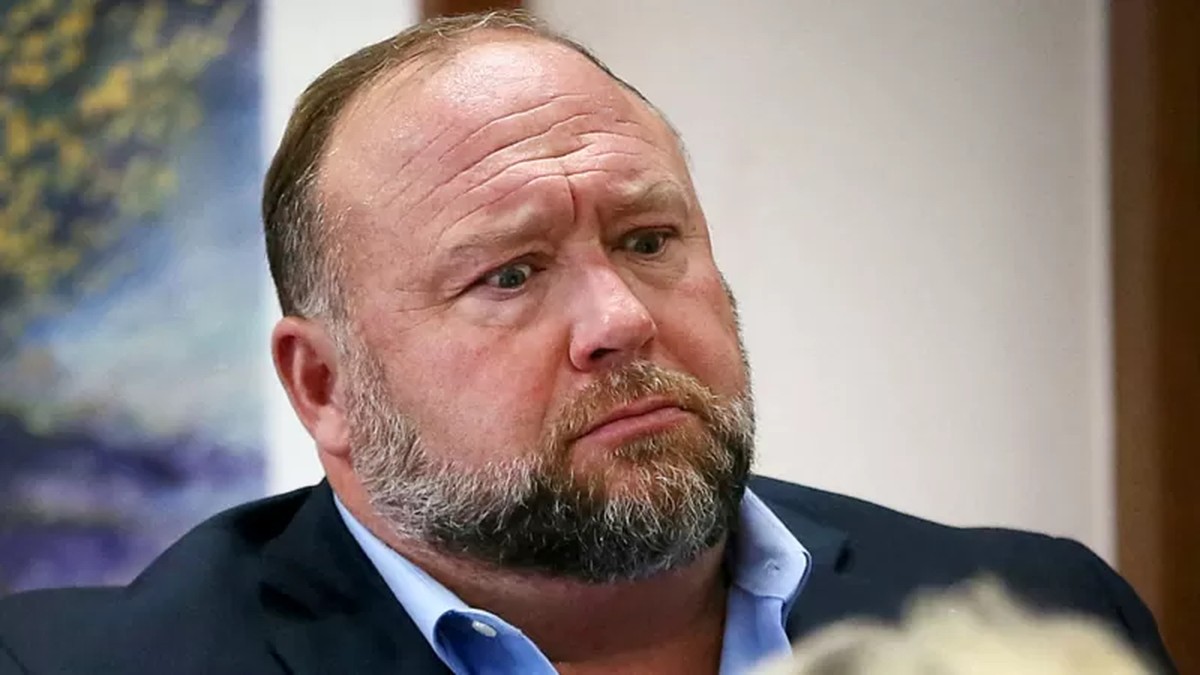 The founder of a website that disseminates conspiracy theories has been ordered to pay $4.1 million in damages after falsely claiming the 2012 school shooting was a hoax fabricated by the US government. .

The parents of one of the victims of the attack have filed a lawsuit seeking US$150 million (R$ 780 million) for defamation against Alex Jones, founder of the Infowars website.

They said they suffered harassment and emotional pain because of misinformation spread by Jones, who is a broadcaster.

In 2012, 20 children and six adults were gunned down at Sandy Hook Elementary School in Connecticut.

A jury in the city of Austin, Texas, where the trial took place, decided on compensatory damages on Thursday (4/8) and will still rule on other punishments against Jones.

Jones — who was not in court when the result was announced — has argued several times that the massacre was a hoax organized by the government to strip Americans of gun ownership rights and that the parents of the dead children were “actors.”

He had already lost a series of defamation cases brought by parents of other victims in absentia after failing to produce documents and evidence. But this is the first where financial damages have been agreed by a jury.

The lawsuit was filed by Scarlett Lewis and Neil Heslin, parents of six-year-old Jesse Lewis, who died in the school massacre.

Prior to Thursday’s ruling, a lawyer for the couple revealed that Jones’ defense team had — inadvertently — sent him a set of text messages from his client’s phone for two years.

The lawyer said that a US Congressional inquiry investigating last year’s US Capitol raid had already requested access to the messages. According to the committee, Jones helped organize a rally that took place shortly before the invasion.

Despite retracting his allegations about the Sandy Hook massacre, Jones continued to use his website to attack jurors and the judge in the case.

Jones also claimed he was bankrupt, despite evidence that his companies were making about $800,000 a day selling dietary supplements, weapons and survival equipment.

During the tense two-week trial, Jones treated the lawsuit as if it were an attack on his free speech rights, guaranteed by the First Amendment to the US Constitution.

“Expression is free, but lies have to be paid for,” the family’s lawyers responded in their opening arguments.

In testimony Wednesday, Jones acknowledged that Sandy Hook’s attack was “100% real” and apologized for “hurting these people’s feelings.”

In her testimony, the victim’s mother addressed Jones in court, saying, “Jesse was real… I’m a real mother.”

She went on to say that it’s “unbelievable to me that we have to do this”.

“That we have to beg you—not just beg, but punish you—to make you stop lying. It’s surreal what’s happening here.”

The father said Jones’ lies “tarnished the honor and legacy” of his son, adding that he has faced nearly 10 years of “hell” since the attack.

According to the parents’ lawyers, they were forced to hire private security for the trial out of fear that Jones’ followers might try to attack them.

A forensic psychiatrist testified that the parents suffered from “complex post-traumatic stress disorder” similar to that suffered by war soldiers or victims of child abuse.

Lawyers for the parents accused Jones of trying to hide evidence and argued that he had committed perjury in denying sending messages related to the Sandy Hook attack.

Free Speech Systems LLC — which includes Jones’ Infowars — filed for bankruptcy last week. The Infowars channel was banned by YouTube, Spotify and Twitter on the grounds of hate speech, but it continues to operate on the internet.

Other conspiracies promoted by Jones include that the US government is creating floods and tornadoes as “climate weapons” and that chemicals in drinking water are making frogs homosexual.

Lawyer Mark Banston, who represented the parents in the case, told reporters outside the courthouse on Thursday that his clients were not disappointed with the amount awarded by the jury.

Previous Xbox Game Pass will have 100 million subscribers with the purchase of Activision, says analyst
Next How was the 1st post-pandemic Comic-Con?