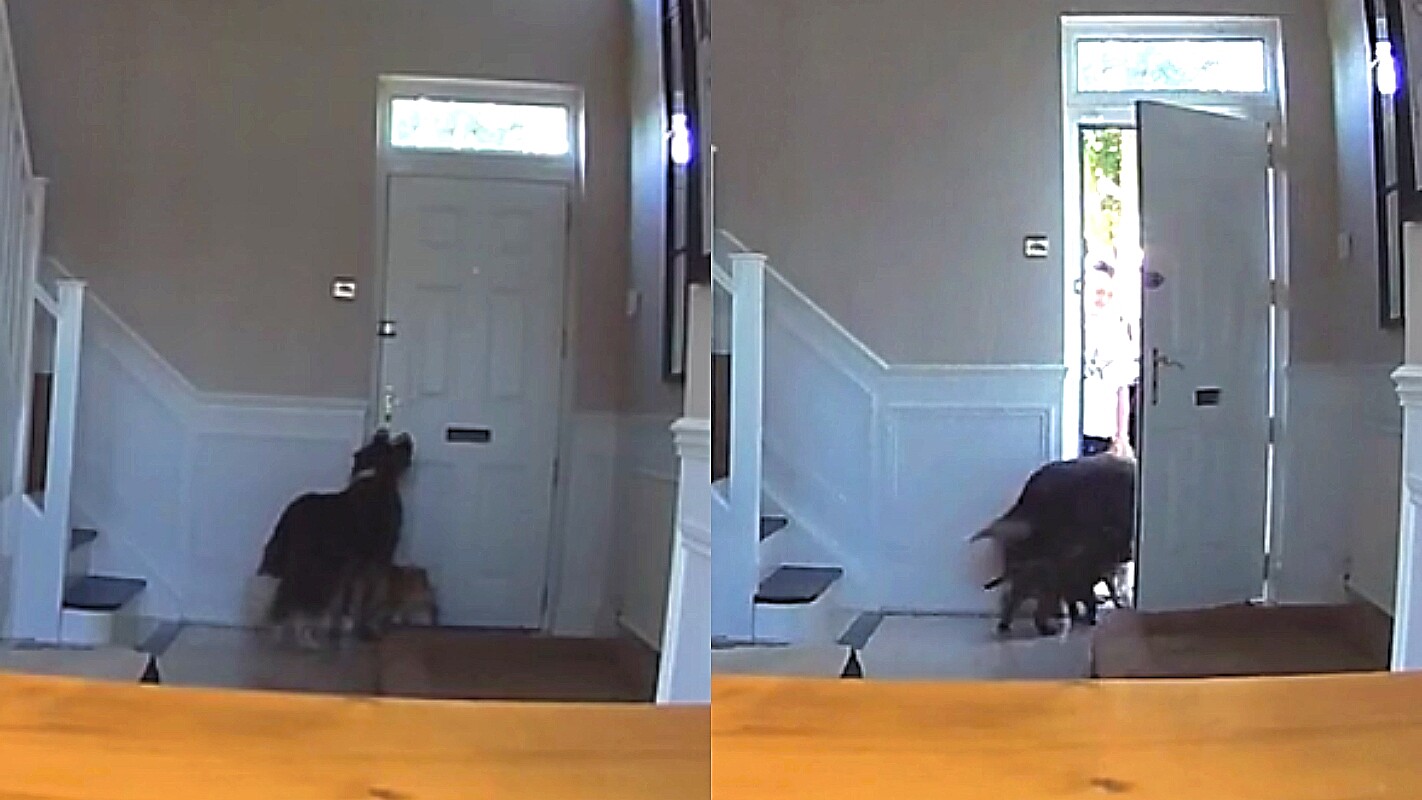 Family returns from vacation, dogs reveal at reception who their favorite human is

The owner of Tybellas Dog Grooming Spa, a dog grooming salon located in the town of Gainsborough, Lincolnshire, England, recorded the reaction of her dogs to welcome her home after a 10-day vacation. The video was shared on the establishment’s TikTok profile last Thursday, 4.

The woman is the owner of three dogs. And in the scene captured by an internal security camera, it is possible to see them anxiously, behind the door, waiting for the owner to open it. I believe they must have smelled her or heard the noise from afar and were more than nervous to see her again.

Upon opening the door, when they see it, they jump, sniff and lick it – reactions most pets have when they spot their favorite human. And to reciprocate the affection, the tutor sits on the bed of one of them to caress them, but soon falls back because the pets can’t stand it and jump over her. Did they miss you?!

And this reaction is common, because according to research published by Psychology Today, dogs miss their owners more than we think. Compiling functional magnetic resonance imaging (fMRI) data that measure the tiny changes in blood flow that occur with brain activity, the researchers worked with a sample of different dogs and found that dogs have a sense of time. During the study, the dogs greeted their owners even more enthusiastically when they were out for 2 hours compared to when their owners were out for just 30 minutes.

Now, you can understand the animation of this gang, right? And it is possible to confirm the tutor’s statement: ‘My poor children. After 10 days of vacation, it’s safe to say they missed me as much as I missed them.’

Well, before internet users question: did they spend 10 days alone? The woman made sure to state in the video’s description that the trio had been taken care of by an ‘amazing nanny who lives at home while we’re away so they’re never alone’, she wrote.

Knowing that they were safe, the funny thing is to see that the dogs didn’t give as much importance to the other members of the family, as they did to the owner. We know they love everyone, but I think she should give them snacks, take them for walks and pamper them (laughs).

In less than a day the publication received more than 162 thousand views, 17 thousand reactions and hundreds of comments full of praise.

“The one who literally does everything for them,” wrote one.

“Hmmm, who feeds them, walks with them and loves them?! Exactly the same as in my house”, wrote another with a laugh.

“They couldn’t give a shit about anyone but Mom,” commented a third.

10 pets that drove the loko around | Funny videos