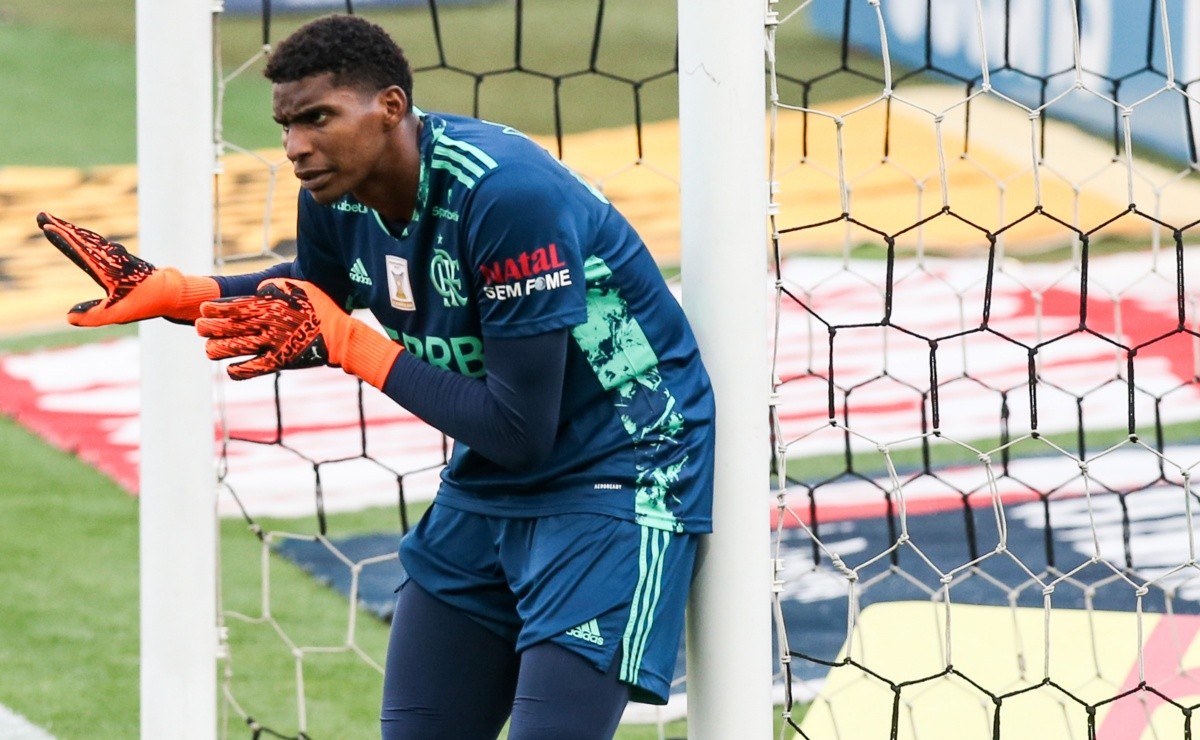 Flamengo receives a proposal from Europe and makes a decision on the future of Hugo Souza, who can leave the club

Goalkeeper is the creation of the basic categories of Mengão

Hugo Souza may be leaving Flamengo. This season, the goalkeeper, who had gained space with Paulo Sousa, lost him again, becoming the third option in Flamengo’s goal after the arrival of Dorival Júnior.

Hugo is 23 years old and joined the Flamengo professional team in 2019, but only managed to get space the following year. However, after some good performances, Hugo made some mistakes and again lost ground.

Despite this, the goalkeeper shows morality in the Old Continent, being in the sights of some European clubs. One of them is Estoril, from Portugal, which, according to Globo Esporte, has just sent a proposal for the athlete to Flamengo.

The Portuguese team formalized a proposal to have the goalkeeper on loan, which, according to journalist Leonardo José, was promptly rejected by the Mais Querido board, which will only accept to negotiate the athlete in the form of a definitive sale.

In this way, Hugo can actually leave Mengão, however, only in case of a good proposal, since despite having little space, he is still seen as an important part of the club.

Previous Check out the list of the 8 best international airports in the world
Next ‘He fought to the end’: boy’s death in coma after court battle | World