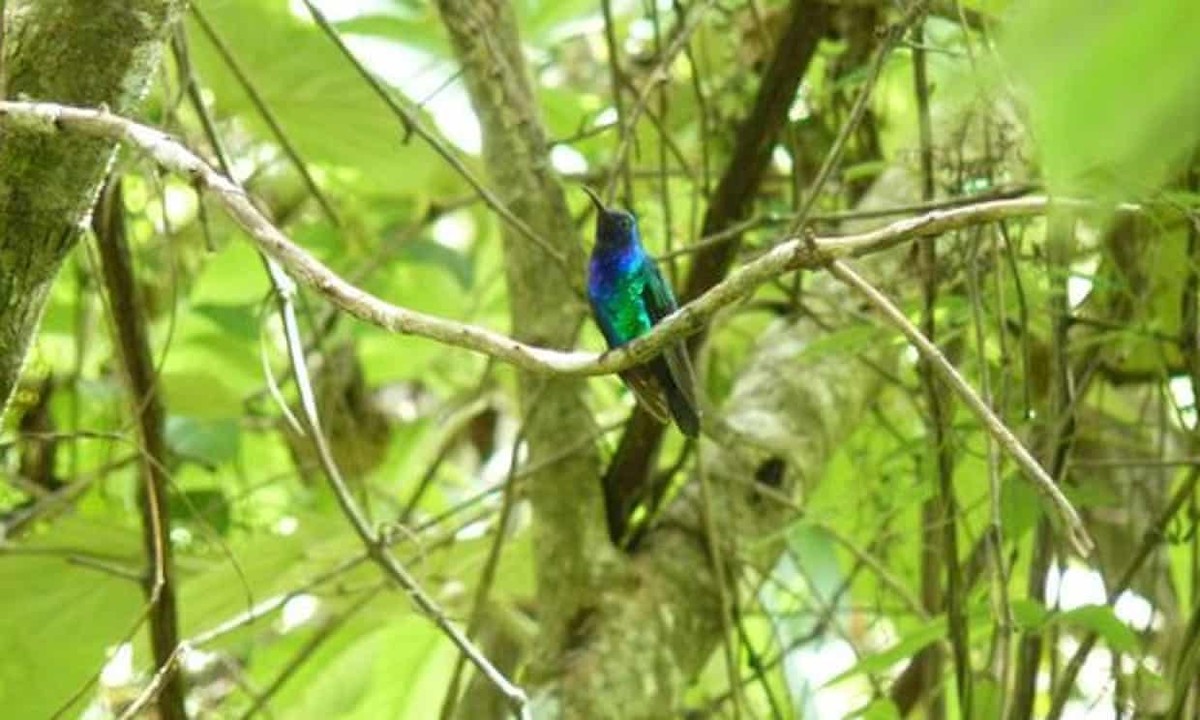 The ornithologist who saw and photographed the hummingbird stated that he was “overcome with emotion” when he saw it, and even doubted what his eyes saw.

“The sighting was a complete surprise,” Yurgen Vega told The Guardian newspaper. “When I saw the hummingbird for the first time, I immediately thought of the Santa Marta saber. I couldn’t believe he was waiting for me to get my camera. I was almost convinced it was the species, but because I felt so overwhelmed by emotion, I preferred to be cautious, but once we saw the photos, we knew it was true.”

This was the third time the species has been documented: the first took place in 1946, but it was not until 2010 that researchers captured the first photos of the hummingbird in the wild.

The species is typical of the Sierra Nevada de Santa Marta, a region of northern Colombia that preserves only 15% of its original vegetation, largely due to agriculture. The discovery of the bird should help with efforts to conserve the remaining forest.

The Santa Marta saber is rare and is listed among the most wanted birds in the world, due to its sparse appearances. According to the Guardian, John C Mittermeier, director of endangered species outreach at the American Bird Conservancy, likened the sighting to “seeing a ghost.”

The hummingbird spotted was a male, identified by its emerald green feathers, bright blue throat and curved black beak. He was perched on a branch, vocalizing and singing, a behavior associated with courtship and defending territory.

Previous 5G in Campinas: see when the signal will be released in the city
Next With Tetê’s goal, Lyon beats Ajaccio in the opening of the French Championship | international football