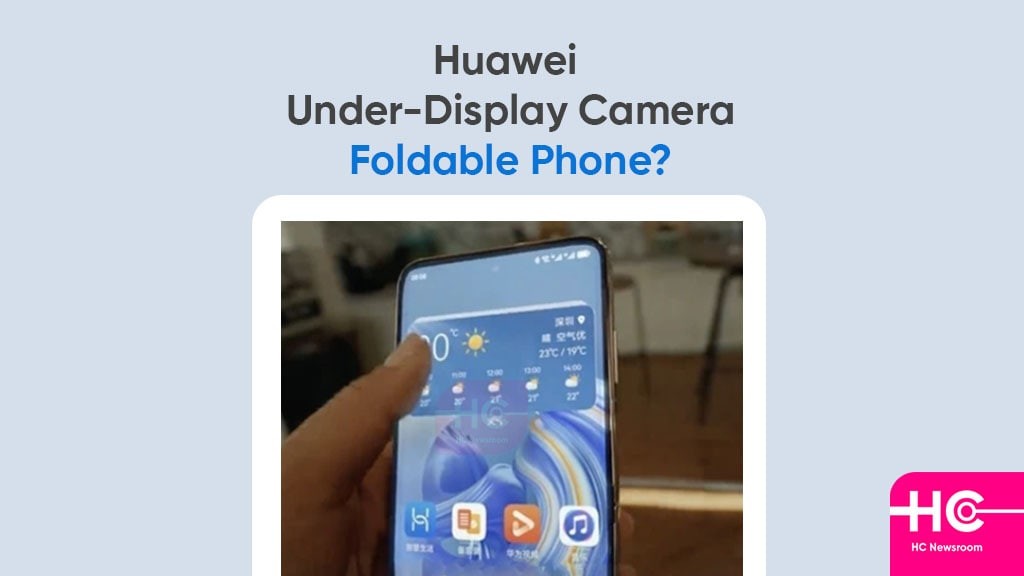 Recently, Huawei introduced to its users the new version of the HarmonyOS system. Undoubtedly, the system comes with many attractive features and new functions in terms of security and user privacy. However, one point drew attention was the possibility of the company to launch a smartphone with the front camera under the screen.

It is worth remembering that this is not the first time that this matter has been related to the Chinese company. After all, rumors and news had already emerged about her registering patents for the use of the technology. In this sense, there were even rumors that the Huawei Mate 40 Pro would be one of the devices to bring this feature.

In this case, the idea did not see the light of day, however, nothing is lost. After all, the promotional video of the new HarmonyOS 3.0 shows some clues related to the functioning of the screen. Also, the video itself shows a smartphone with a camera mechanism under the screen.

When looking at the images carefully, the smartphone looks a lot like the foldable P50 Pocket. Likewise, you can see the biometrics module on the edge of the cell phone. In addition, it is also possible to notice some details on the sides, which exhibit white marks.

On the back, the smartphone shows the camera module, which also closely resembles what you see on the P50 Pocket. On the front, there is no notch or hole in the screen to accommodate the camera. Still, it displays an on-screen face with a tiny camera to symbolize that it’s for selfies.

Currently, nothing can be said for sure, but that should change in the future. That way, you might be able to see a device at the P50 series launch event. Now, as for Huawei, there has not been an official confirmation regarding this matter.

The Huawei P50 Pocket is not yet available in Brazilian stores. To be notified when it arrives.